Let me start out by saying I hate bees and if you ever see me running away hysterically for no reason is because there is a bee within 5 feet of me. Most people tell me that it is an irrational fear and that bees are more scared of us then the other way around. Well, I say bull because I have a horror story from my childhood starring bees as the evil creatures. I am truly scarred from my own personal nightmare that started with a bee stuck in my ear, and ended with a horrible visit to my doctor. 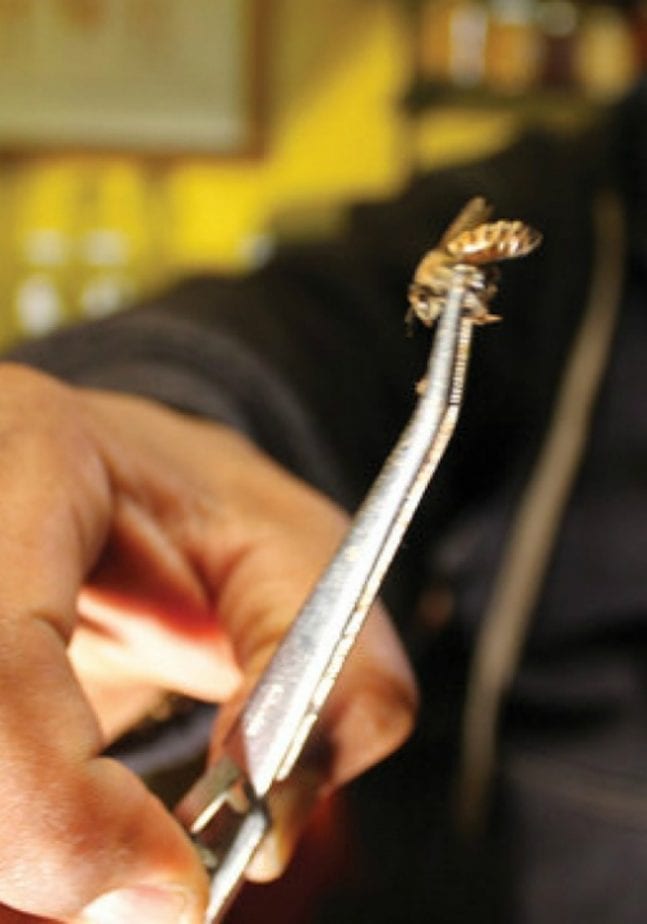 So…I Had A Bee Stuck In My Ear

Back in elementary school, I was fortunate enough to go to school with my cousin, Aaron. I loved my cousin Aaron and since he was only a few years older than me, I felt closer to him than I did to my younger brother. I literally followed Aaron everywhere, especially when we stayed after school and played in the playground. This was back when kids were allowed to play outside by themselves in their neighborhood without needing direct adult supervision. The only thing I needed to worry about is getting my brother and I home in enough time to do our homework before my mom walked through the door.

As usual, school let out and the kids who lived down the street (myself included) ran to the playground to play. I followed my cousin across this wooden bridge that connected one part of the jungle gym to the other. We raced across it as fast as we could over and over again. Eventually, I noticed that when we reached the other side, my cousin kept hitting one of the poles with a stick he had. I had no idea that there was a bee hive inside the pole and each time we ran across we shook it and that my cousin was deliberately bothering the hive.

My cousin ran across the bridge one last time and like an idiot, I followed him. Only this time, a swarm of bees flew out of the pole and headed straight towards me!!! I tried to run away, but I wasn’t fast enough, the bees attacked me with a vengeance that should have been reserved for my cousin. I can remember how scared I felt and how much each bee sting hurt SO F*CKING BAD! When I finally escaped this nightmare, I looked around and my cousin was nowhere in sight. He took off and ran as far away from that part of the playground as possible. (Real nice, right? Thanks, Aaron) 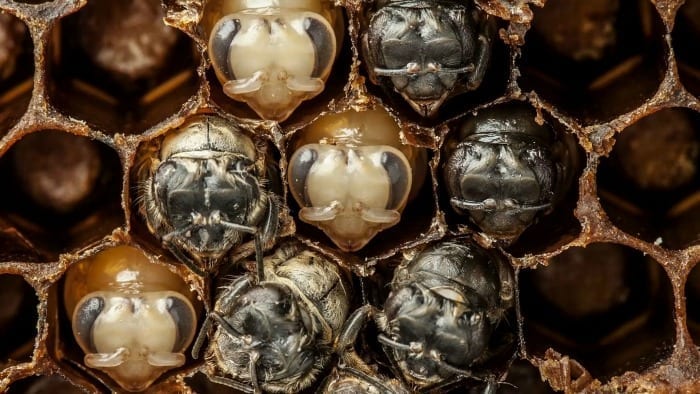 When my mom discovered what happened, my cousin didn’t get in trouble, I did. I think her exact words were “nobody told you to follow Aaron across that bridge.” Don’t get me wrong my mom was adequately concerned with how much pain I was in and the buzzing I kept hearing in my ear. After treating my wounds, my mom reassured me that the buzzing was from being surrounded by so many bees. I wanted to believe her, but the buzzing didn’t stop until later that night. As I laid my head on my pillow, instead of buzzing, I heard what sounded like footsteps in my ear. The thudding in my ear only seemed to get worse and I barely got any sleep that night. Finally, I went to my mom and told her about the noises.

A few days later, I sat in the waiting room of my pediatrician with my mom, as we waited for the nurse to call me back. I could still hear the pounding in my ear and by now, it was driving me mad. After ages, the nurse eventually called me back to the room where I would see Dr. Ramos. When he entered the room, I felt a twinge of apprehension (I didn’t even know what this word meant then) as he grabbed the ear stethoscope (is that what it’s called?) and looked in my ear. Once he put the tool away and told my mom “she has a bee in her ear” I think I blacked out or something.

My mom tells me that he poured something in my ear and then used tweezers to take the bee out of my ear. Unfortunately, I turned to look at the wrong time and saw him holding part of the bee and immediately started freaking out!!!

Needless to say after the bee was finally out of my ear (every last piece), I was traumatized and have been ever since. I do not “remain calm” when I see a bee, I freak out and run, which you would too if you had a BEE IN YOUR EAR!!!! The worst part of the whole experience is that years later, I continued to hear the thudding in my ear, but only when I lay down. I don’t think I have a bee in my ear still (because I went back to the doctor and made them check), but who knows what that thing did in there? Moral of my story: I hate bees and I will scream like a little girl whenever I see one and I don’t care if I look crazy!