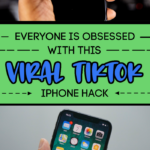 I am NOT the queen of technology.

I may write for a pop culture blog, but I do English and literature. I don’t do any of the technological things.

Thank GOD for TikTok, because I learn just about everything I need to know from the social media site.

Did you know, I wasn’t even aware that Shazam came standard on iPhones?

You know what Shazaam is, right?

If you open the Shazam app while music is going in the background, it will tell you what song is playing and the artist who sings it.

So, if you are at the grocery store, and a song comes on over the speakers that you really like, but you don’t have any idea what it is?

You simply turn on Shazam, and it will tell you the name of the song, and the artist who sings it.

It’s pretty dang cool — but I didn’t even know it was on my freaking phone. *Eye Roll*

To be very honest with you, I have no idea how to even access the Shazam app that supposedly comes loaded on the phone.

So, thanks to a viral TikTok video from @ios14tipstrend, I learned an easy peasy way to access Shazam on my iPhone.

You just go into the SETTINGS on your iPhone.

Scroll down to the bottom of the list of things you can control.

Somewhere on the list, you will see MUSIC RECOGNITION.

Boom. That sticks it in INCLUDED CONTROLS.

Now, go out to the main screen and pull up your Control Center. I do this by swiping diagonal and down from the upper right corner.

You will see the Shazam button has been added to the screen.

So, when you want to know what song is playing in the background, simply quickly pull up this Control Center, and BOOM, hit the Shazam Button.

Now, I just have to figure out what ELSE I don’t know about this phone. HA!

You can see the TikTok video by @ios14tipstrend HERE. 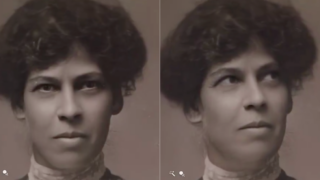 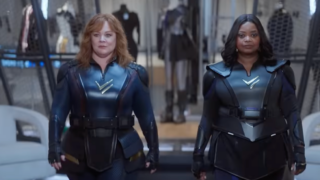