My family has a tendency to over-do Christmas. My Mom especially liked to give everyone lots of presents. It’s how she showed her love and it’s how I tend to show mine. Since she passed a few years ago, Christmas has taken on even more meaning since it was so much her holiday. The days of lavish gift giving are behind us, at least until the next generation starts popping out, (then Nana Janet is going to be showering her grandkids with gifts from beyond the grave. Seriously. That was a deathbed promise my brother and I made my Mom).

As I’ve mentioned before, my Dad is kind of a hoarder. My brother and I have agreed that Dad doesn’t NEED anything. We even joked that the best Christmas present we could get him would be to actually just take stuff OUT of his house. Like reverse gift giving. Alright, theft.

But he’s also my Dad. I love him and don’t want him to feel left out just because I don’t think he needs any more stuff. My Dad’s situation isn’t unique, so I’ve come up with a helpful Gift Guide for Hoarders. 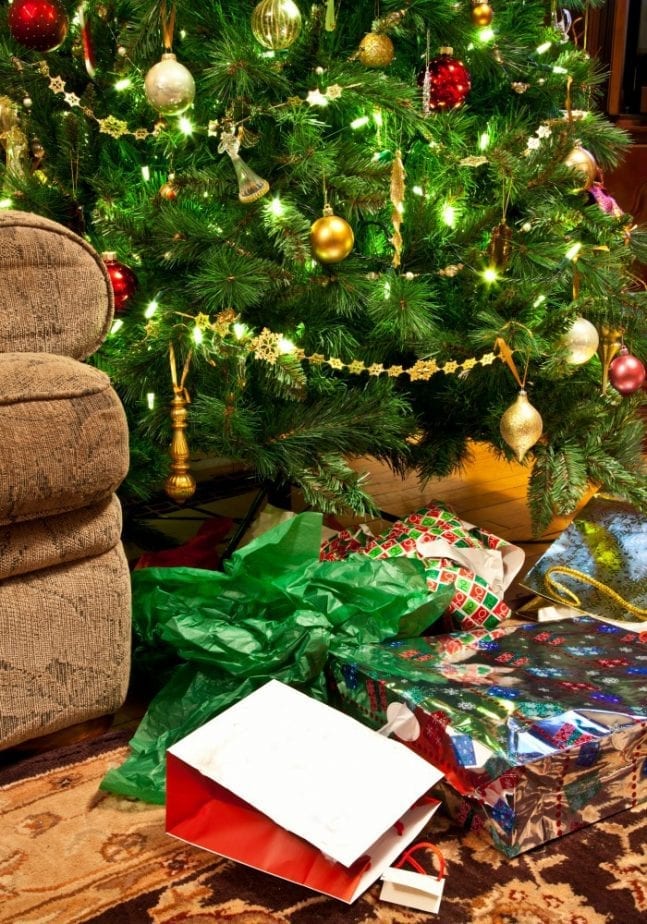 What To Get For The Hoarder Who Has Everything

1. Buy Them Things That Are Disposable

E-books, restaurant gift cards, fancy shampoo you KNOW they like but won’t buy for themselves. But best of all is food. My Dad loves nuts so I got him a big container at Cost-Co and wrapped it up. He ate on them all weekend then left the rest at my house when he went home. (Score!). I got to give him something he likes, but it didn’t contribute to the mess at his house.

2. For the Love of God, Avoid Giving Collectables

My Dad loves model trains. When I was a kid the easiest thing to get him was just anything with a train on it. Well, 32 years of Christmas, birthday, and Father’s day presents have added up in addition to the stuff he’s bought himself that he actually wanted. He doesn’t need any more. Period. And I’m having the hardest time getting some of my relatives to understand this. They want to get him things with trains. It means they like my Dad enough to buy him all the things covered in stuff he likes. This is a gift giving instinct we all have. Hell, I still sometimes get unicorn stuff even though I gave up on my epic unicorn collection when I was 15. (I’m still happy to receive unicorn stuff because unicorns are awesome, but I’m not a hoarder. Yet.) So, unless they ask for a very specific thing that you know they really want, avoid getting them tchotchkes. Which leads me to my next rule…

3. Listen to What They Want, Even if it Seems Like a Small Thing

This is actually just a good rule of gift giving, period. A few weeks before Christmas last year Dad mentioned something he’d heard about on the radio called apple brandy. He told me the history and it sounded really interesting. He said he couldn’t find any in his small town, so I went to the big liquor store in my city and got him a bottle. He loved it. He even poured a tot over some vanilla ice cream. Not only was the gift disposable, it’s something he really wanted to try, AND now we have a new Christmas tradition.

Tidy up the yard. Tackle that garage project they are always complaining about. Promise to wash their car six times next year. My best friend cleans my house for my Christmas present and it’s the best goddamned gift I could imagine.

My Dad needed help changing out a water heater. Instead of hiring a plumber, paying a few hundred dollars, and dealing with an outsider in his hoarder house, my brother and I went to help. You might think this is just us kids doing our duty, but he lives 6 hours away. Of course I want to visit my Dad as much as I can, but even he acknowledges 6 hours is 6 hours. We went down and spent the weekend with Dad and in addition to the water heater we fixed two toilets.

5. Just Spent Time With Them

This is one gift you don’t wrap up and put under a tree. That weekend my brother and I spent with my Dad was great. Not because we did anything amazing, but because it made my Dad happy. Memories don’t take up any space at all, but they are the gifts that keep on giving.

This is such a great post. I have a lot of hoarders in my family! lol! I think the best one on your list is just spending time with them, especially if it's an older parent!