One North Texas woman has a bone to pick with Disney, and if I were Mickey, I’d watch out. Turns out, between various conferences and a vacation with her kid, blogger Jamie Harrington ended up going to Disney an epic FIVE times in ONE summer. Almost immediately after returning home for the school year, Harrington discovered Disney released a brand new  bright and shiny gorgeous pair of Rose Gold Minnie Ears. And she’s pissed. 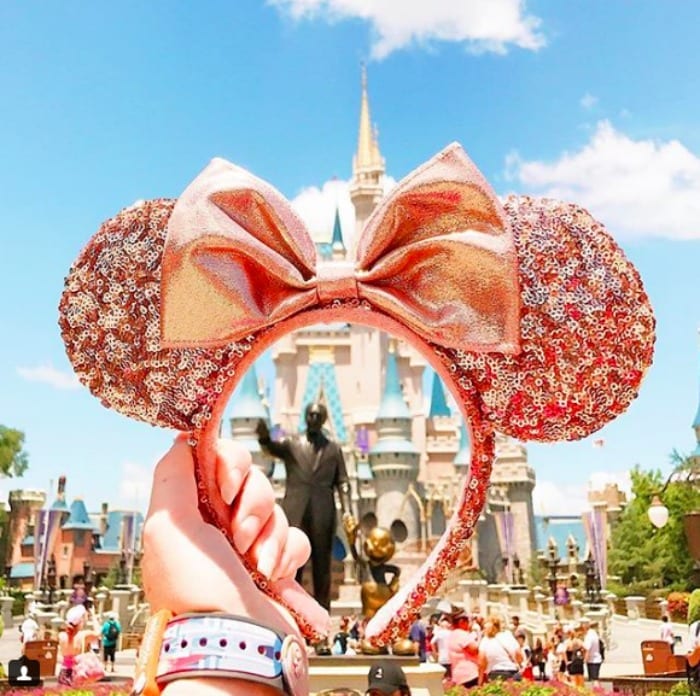 You’d think all that Mouseketeering would be enough, but Jamie (who is a self-proclaimed ‘rose gold enthusiast’) found out almost immediately after that final trip that Disney has now released a pair of limited edition Rose Gold Minnie Ears.

“What kind of fresh hell is this!?” swore Jamie, as her head bobbed dumbfounded between the pair of regular old black ears on her desk and the picture of brand new shiny beautiful rose gold ears on her computer.

Said one woman who actually managed to get her hands on the ears, “They sparkle when the sunlight hits them. They’re literally the prettiest thing I’ve ever owned. I want to be buried with these ears.”

Harrington had no comment regarding the enthusiasm behind these ears, but did mumble something about making ‘mouse stew’ during her next visit.

“How many times have you been to Disney?” we asked, only slightly worried for Mickey’s health and wellbeing.

“Altogether? Over a billion.”

Will this sour her from future trips to the magical kingdom?

Is she going to feel bitter about those damn rose gold ears for a long time to come?

Last ms know if you get a pair, I would love to get my hands on a set myself.