Walmart just issued an apology for a controversial banner than read “Back To School Hero” hung above a gun rack, but does Walmart really have anything to apologize for? After all, grizzly attacks are a big deal and if we can’t call a gun totin’ grizzly killin’ student a hero, are we even American? 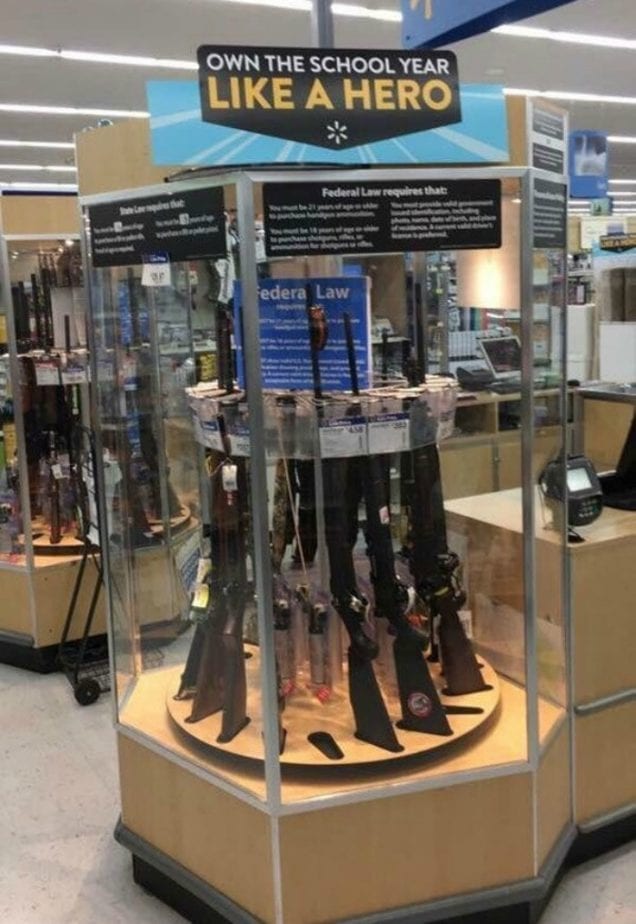 Walmart Just Issued An Apology For The Placement Of This Back-To-School Sign, But Why Are They Apologizing?

Sure, sure, we don’t want kids to get the wrong idea. Yes, there would be some who saw the sign and after years of bullying and playing online shoot’em up games and listening to death metal and wearing black might think something completely different, but we all know the real heroes are those who are prepared for grizzly attacks.

People don’t talk about it much – grizzly attacks in school – but it’s a big deal. Big media would have you believe that there have been zero bear attacks in schools in the past 100 years, but who can believe the media about things like that? We all know the truth: I mean, why would our Secretary of Education even bring up bear attacks if they weren’t a real thing?

So, thanks for the apology Walmart, but no thanks. Bear attacks are real and grizzlies are a big deal and thank goodness you shined the light on what being an American hero really is!

But, even if your store doesn’t offer back to school hero guns, at least you can still get these… 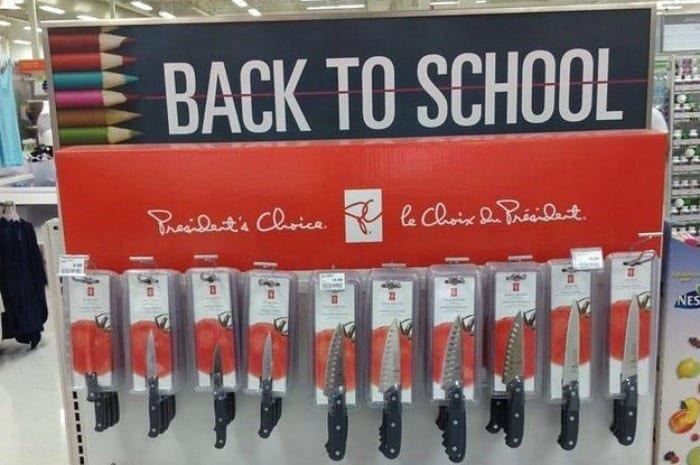