Raising a child is a darn frightening experience. Moms, have you even seen what those things look like coming out? Of course you haven’t. You’re up there enjoying your drugs and…I don’t know…iced coffee? I might be misremembering my children’s birth. I was really lightheaded during the first go-around. I don’t remember much but I do remember that on the business end of baby-having everything is gross and terrifying.

But guess what, parents? It doesn’t end there. Nope. When you bring that baby into your house you’re bringing a whole world of weird in with it. Now, my wife and I have seen enough horror movies to know that when a kid starts spouting some creepy nonsense about dead grandfathers and voices in the dark, you listen. I’m about to tell you some of the weird stuff my kids have done and how we dealt with it. So set a comfy fire, grab a glass of wine, and slap on a pair of Depends because you’re going to poop yourself out of fear, or not, you’re probably not. 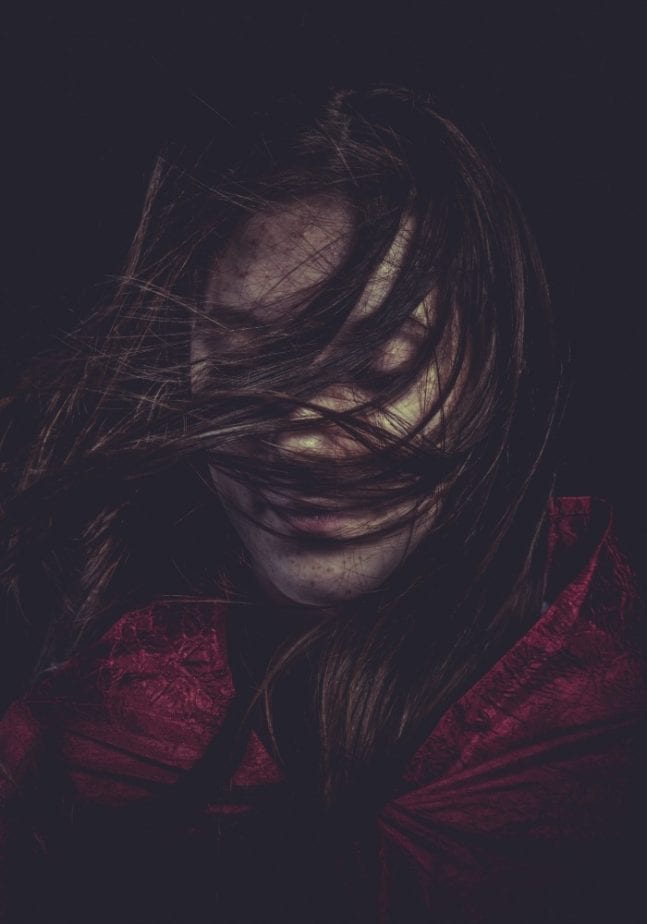 3 Creepy Things My Kids Have Done That Are NOT Okay!

If you have ever seen an Asian horror movie then you know they just love their creepy girls with hair all in their face. Apparently so did our baby daughter. I’ve written before about what a bitter little monster she was, but at night it got terrifying. Our Katy Rose never slept. I would put her down for a midday nap and she would scream until I was like, “I guess I’ll play World Of Warcraft with one hand then, selfish kid.” It was in that moment I knew exactly the kind of sacrifices that parents during The Great Depression must have made.

Anyways, at night we could hear her over the baby monitor talking to…something. Sometimes she would even sing. One night we got tired of her refusal to ever, EVER, sleep. We went to her room and cracked open the door. In the darkness she was staring up at the wall, talking to herself. She stopped as soon as we come in and she sloooowly turned around and stared at us for what felt like forever, probably only few petrifying seconds. 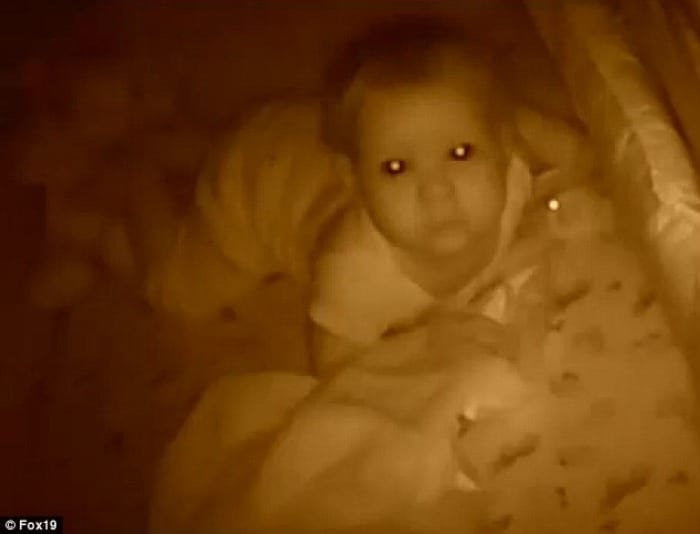 Walk away. Sometimes you just have to slowly ease out of a room and allow your baby to commune with the forces of evil. If we heard her over the baby monitor at 3 a.m. Click! Off it went. Seriously, she drew this:

That’s her and her brother at a gravesite doing…what? And what is Osatlxm? Some underwater deity? A Sumerian blood demon? If you say it’s only the scribbles of a toddler then it’s too late for you. She’s already in your head. 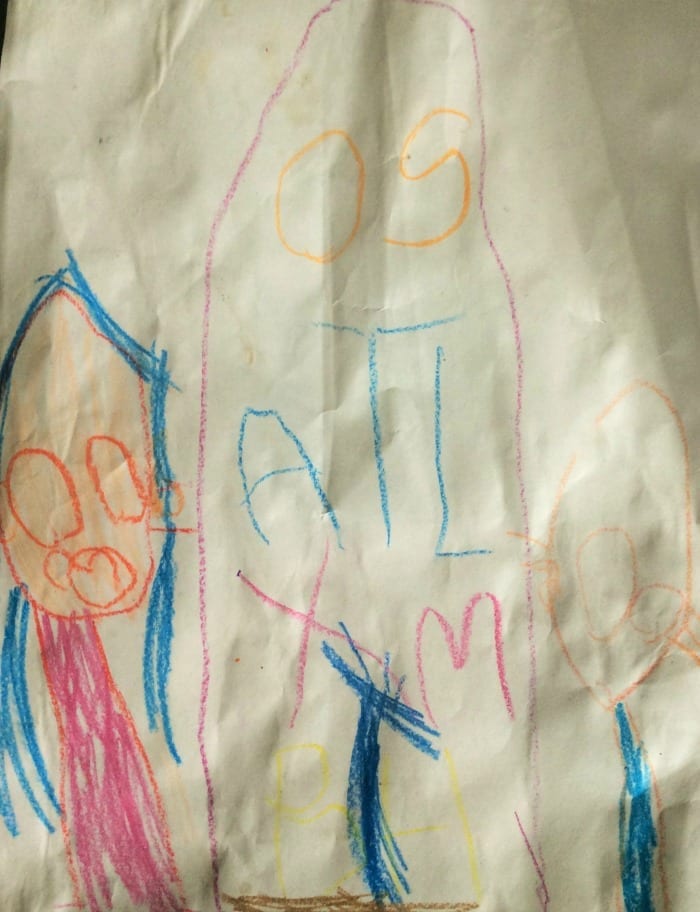 My wife’s grandfather was a Navy pilot and he died in the early 2000’s. Our son was born in 2007 and that same year my wife bought this pilot themed teddy bear from a gift shop in the town her grandfather was born. That’s cool, right? He was a pilot, this bear’s a pilot, and they’re from the same town. Let’s take it home and put it in the baby’s room. Big mistake! Cut to two years later and our toddler comes waddling into our room in the middle of the night. He can’t sleep. Why not? The bear keeps talking to him. Okay, that’s weird. Nervous laugh. What does it say? It says that it’s his granddad and wants to know how his day went.

That bear has got to go! If we were parents in a horror movie we would call a priest, or bury it, or at the very least throw it in the trash, but we’re sort of lazy parents so we just tossed it in our daughters’ room. She literally has over 50 stuffed animals piled in there and I don’t think one lonely little possessed bear is going to stand out. 5 years later and we haven’t had any more nocturnal chitchats, so the world of the supernatural was once again defeated by the power of ignoring the problem until it went away. 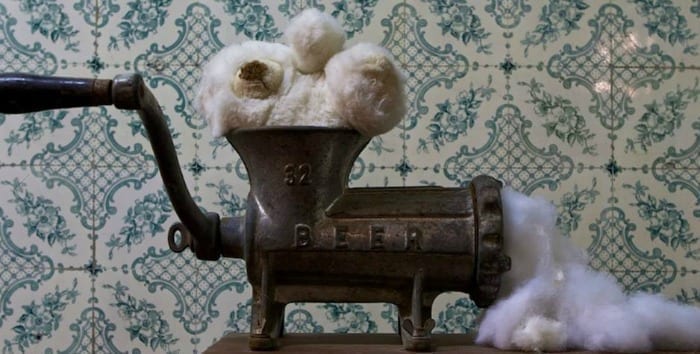 The Watcher in the Dark:

Ever wake up in the night staring into the eyes of a lurking phantom? No? How about a 5 year old who likes to watch you sleep? Yeah, pretty scary. See, a phantom isn’t real but creepy kids silently staring at you from the shadows is super-dooper real. The kids went through this phase a few years back where we would catch them standing over us, just watching, then laugh and run away when we’d wake up. Horrible children. My daughter likes to wear this white nightgown and she has really long dark hair that covers her face. Is that what you want to wake up to in the night? It’s like waking up in The Ring except she had this snaggletoothed goon of an older brother giggling beside her.

Throw things. The solution is really no more complicated than hurling a book from the nightstand at their wee heads. If you bean one between the eyes, cool. Remember to double-tap! If not, I also keep about two more books in a neat stack beside me. I don’t miss twice. Then, in the morning you can ground them until they knock it off because you’re the parent with almost unquestionable authority over the lives in your house. Honestly, the fact that a dork like me is given that kind of control by both God and Man is what’s truly horrifying. 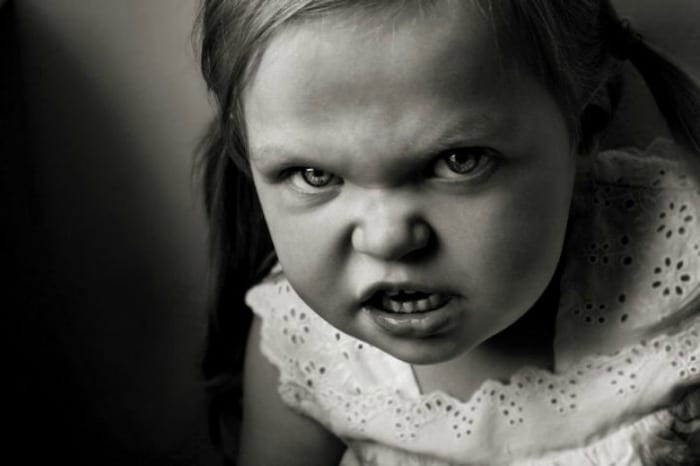 Kids honestly give me more nightmares than anything else!