My daughter begged and begged for The Elf on The Shelf. I am super creeped out by all things little and clown-like that are supposed to move in the night, so I resisted for years. I finally gave in, and ended up having a pretty good time with it, but I always did find it a little weird that it was the elf’s job to spy on us all day, and instead of being pissed off that she was being spied on by Santa, she just decided to accept that. Now, there’s a new study out “Who’s The Boss” that says the elf on the shelf is teaching our kids that it’s okay to live in a police state. Interesting.

In fact, according to the study,

What is troubling is what The Elf on the Shelf represents and normalizes: anecdotal evidence reveals that children perform an identity that is not only for caretakers, but for an external authority (The Elf on the Shelf), similar to the dynamic between citizen and authority in the context of the surveillance state. Further to this, The Elf on the Shelf website offers teacher resources, integrating into both home and school not only the brand but also tacit acceptance of being monitored and always being on one’s best behaviour–without question.

So basically, Big Brother is WATCHING…and his name is Jingles. Here’s the thing, though. When George Orwell wrote 1984, I doubt he envisioned a world where a little elf did the bidding of big brother…yet here we are. 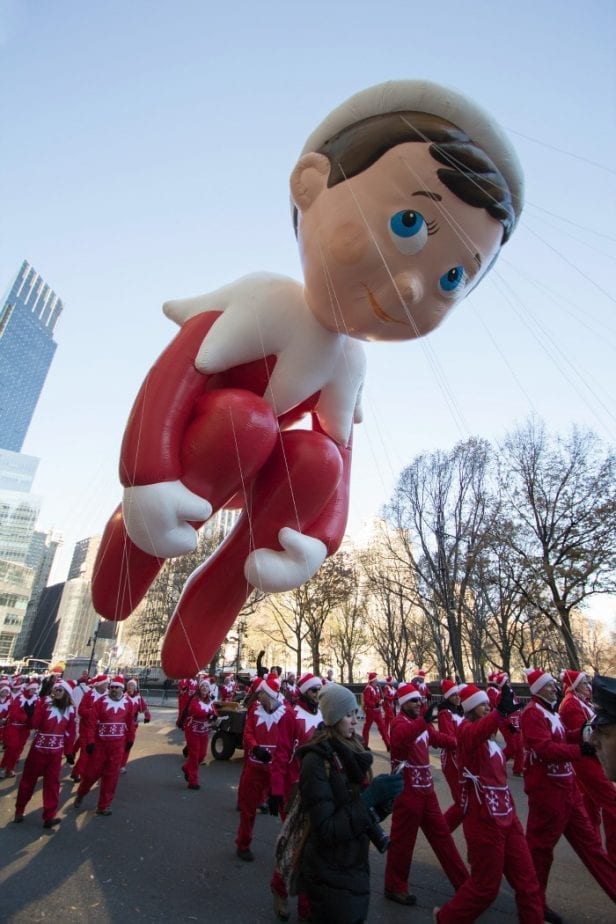 And he sees everything.

And it made me think…do kids even Realize what they’re doing?

I’m thinking back to when I worked as a teacher and what it was like to have a classroom full of students. Not even gonna lie, sometimes they were heathens even with me IN the room; but, I know for Certain they were worse any time I walked out that door. As long as I was there watching, they tried to behave better. No me = total anarchy.

Is the same thing happening with Elf? And should we be upset about it? I mean, if kids are behaving Better because he’s around, shouldn’t that be a good thing?

I’m thinking probably not. We don’t want our kids growing up thinking that the only time they shouldn’t pee on couches is when someone’s watching them. We want them to get those cues from inside. If the reason they’re behaving is because the Elf Is Watching, are they really behaving, or are they acting?

And another thing, how creepy is it that someone is always watching? It never hit me until recently how horrifying some Christmas stuff is. Like, think about the lyrics to that song, “Santa Claus Is Coming To Town.” He sees you when you’re sleeping. He knows when you’re awake. He knows when you’ve been bad or good, so be good for goodness sake. 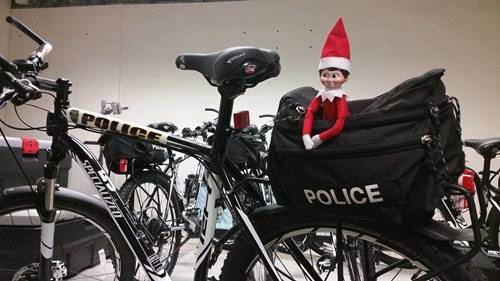 Stalker much? Take it a step further…he’s a stalker who will send you good presents for doing what he wants, or bad things for not following his commands. And worse than that…He’s Got A Network Of Spies Watching You, Too. AND…your parents are going to take you to the mall to SIT ON HIS LAP!

Oh. My. God. I might seriously have to take out a restraining order against Santa.

Okay, so maybe it isn’t all that, but I definitely think we need to reexamine the whole Elf on the Shelf business. I know I, for one, would prefer my daughter make good choices due to moral cues rather than because of some NSA-acting, stalker-spying, Hershey’s-Kisses-pooping elf named Jingles. 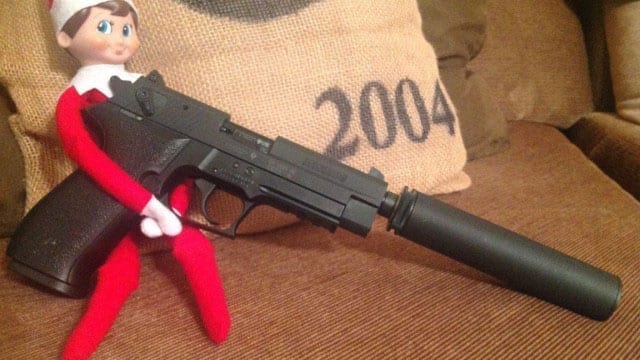 But hey, to each his own. If you’re okay with your child growing up with an acceptance of living in a surveillance state as the norm, then by all means, Hail Santa!

It is what we make it! Santa is a story we share and say This is a story Do we believe? Of course we do. And when we start noting the improbabilities then we become part of the story. As for being spied on It is a reality now. we have all grown up with the concept that some one is watching, parents teachers, principals, angels, God. Not a new concept and I do not believe we all turned out that bad

Great article! My three year old is really freaked out that Santa gets into our house when we are sleeping. We spend the rest of the year convincing him he is safe in our home and monsters can't him, now he thinks we are vulnerable to the big red guy...