Anyone who loves dogs has probably spent a fair amount of time with their faces stuffed into their dog’s fluffy, soft fur. It’s one of our favorite things to do. I mean, here’s this creature who wants nothing more than to love us, and he’s like a warm, cuddly teddy bear who sometimes chases squirrels and other small creatures away with his manic barking. We love our dogs. We would do anything for them. Especially telling the over and over that we love them while hugging them as tightly as possible. Only problem is: a lot of dogs don’t like hugs. Sure, some go all in. Some are like, “More loves, please.” But by and large? Dogs don’t like hugs. They tolerate them because they love us, but that confined space is a bit scary to them and they’d much rather have an ear scratch than be held captive. Pretty sad to know, huh?

This teenager sure thought so. When she saw a news report that told her that dogs don’t love hugs, she immediately started bawling because she hugs her dog, like, a lot. And now she knows he probably hates it. Take a look!

Poor kid. Yeah, from the looks of things your pooch isn’t a big fan of hugs, but I’m guessing he loves treats. I’m sure if you give him one bone or chew toy, all will be forgiven. Poor kid!

Because The World Isn’t Gross Enough, Diver Lets Fish Swim Inside His Mouth 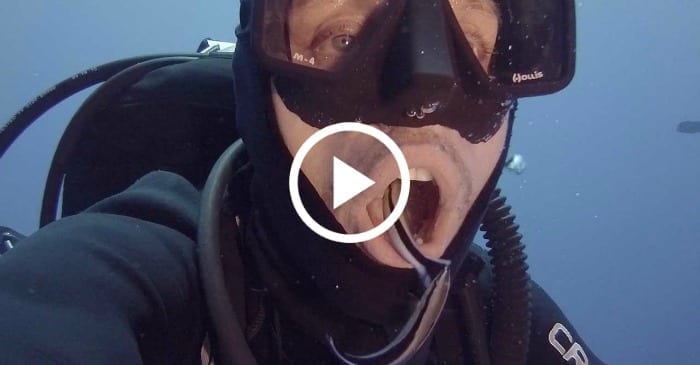 This Dad Taught His Blind, Autistic Son How To Switch Gears While They Drive! 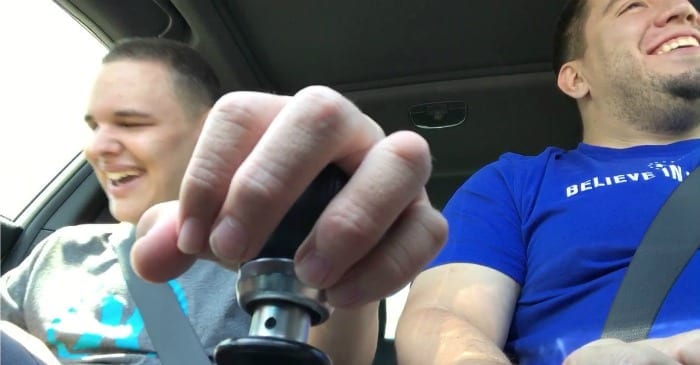 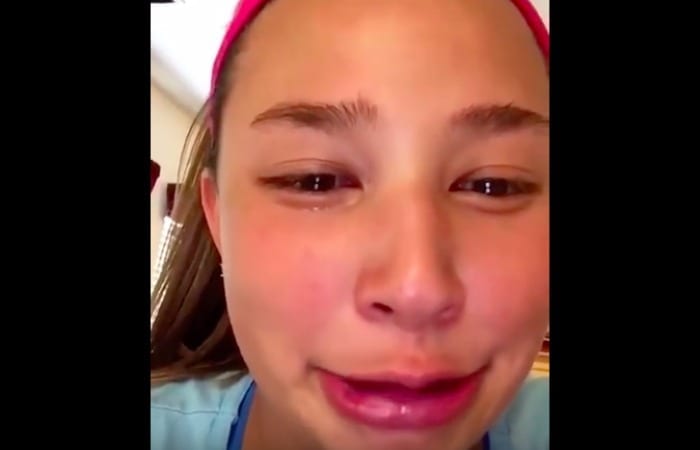