This Fall is going to be so good!!

Seriously, I will do nothing but hang out in my pajamas, enjoying pumpkin spice everything and binge watching all my favorite shows.

One of my favorite shows is coming back this Fall and yes, I am talking about Stranger Things!

It seems like it has been so long since we’ve seen the crew or Demogorgons but that wait is coming to an end.

Netflix has just released the teaser trailer for Season 4 of Stranger Things and I am freaking out!!

Now, in case you forgot how Stranger Things Season 3 ended, Hopper, Joyce, and Murray descend into the secret Russian lab underneath the Mall to turn off the machine attempting to re-open the portal.

Hopper ends up sacrificing himself by telling Joyce to trigger the shutdown – even though it meant he would be disintegrated along with everything else in the gate room.

So, we essentially think that Hopper dies.

However, in the end clip we see a scene with a Demogorgon and they say, “No, not the American”. Could that be Hopper and he was just transferred elsewhere with the portal?

I mean, you can’t kill off Hopper – we adore him.

So, now, we see the fate of Hopper and from the looks of this trailer, we see more into Eleven’s past.

You can check out the Stranger Things Season 4 teaser trailer below. 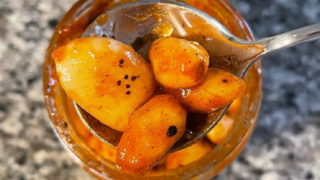 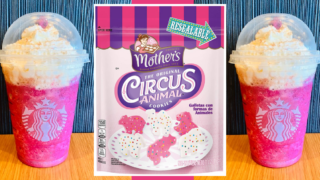 Next
You Can Get A Frosted Animal Cracker Frappuccino From Starbucks To Give You Circus Vibes
Click here to cancel reply.