The Walking Dead: Season 2 had me on the edge of my seat with everything that group went through. Between losing Sophie, the death of Dale and Shane, Andrea going missing, and the first sighting of Michonne, it seems almost impossible that the writers could up their game. And yet, they do. In The Walking Dead: Season 3 we’ll see each of the remaining characters come into their own, and meet some new ones we’ll never forget…even if we want to! 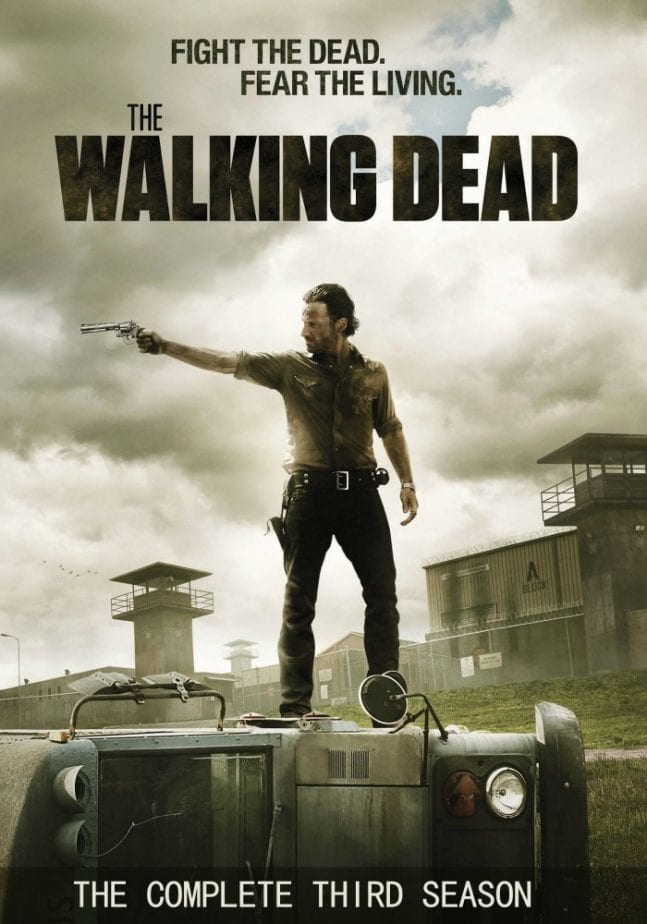 Everything That Happened On The Walking Dead: Season 3

No idea what’s to come? Here’s the trailer to get you started!

This episode starts off with Rick and the gang going from house to house rummaging for food while avoiding a horde of walkers. A very Pregnant Lori, is trying to keep up. They find a house and Carl starts looking for canned food, and comes across two cans of dog of food. He opens one up and Rick immediately snatches it out of his and throws it across the room out of frustration. Walkers start coming their way towards the house, and the gang runs. They come across an abandoned prison and Rick smiles. Hershel gets bit by a walker in the prison, and Rick makes a choice to chop his leg off.  Afterwards, Rick looks up and notices that there are still inmates surviving.

Rick tells the prisoners what’s happened and about the walkers. Tomas, one of the surviving prisoners, and Rick have a small standoff. While trying to help them clear a cellblock for the prisoners to live in, Tomas throws a walker on top of Rick to infect him. Rick kills him and throws another prisoner in a courtyard of walkers. Hershel almost dies, but Lori saves him. 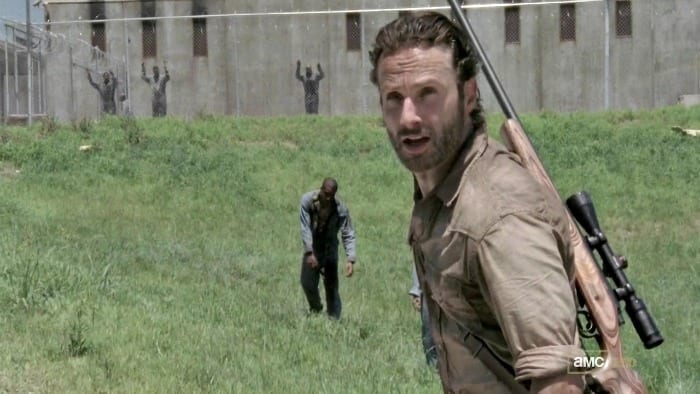 Episode 3 “Walk With Me”

Andrea and Michonne see a helicopter crash land in a field not that far away from them. MERLE IS ALIVE Y’ALL!! Andrea and Michonne try to escape quietly, but are captured and taken to Woodbury where they get to meet the Governor. The Governor makes Woodbury out to be the most amazing place on Earth, and Andrea is loving the place…with a small crush forming on him. Michonne doesn’t trust him at all.

Andrew survived the walkers in the courtyard and has been setting off the prison alarms attracting walkers.  T-Dog is bitten by a walker in trying to protect Carol; he then gives up his life to save her. Maggie has to do a C-section on Lori…and Lori dies giving birth. Rick loses it as Maggie brings him the baby, but not Lori and Carl. Carl kills his mother with a gun after she turns into a walker.

Michonne has discovered the Governor’s secret stash of walkers and has decided to kill them all. She then makes the difficult decision to leave Andrea behind because Andrea wants to stay to give the place a chance. Rick keeps getting imaginary phone calls. Back at Woodbury, Merle and Martinez have a fight between walkers. Andrea is sickened by it all tells the Governor how she feels. The Governor sends guys out to get Michonne back to Woodbury.

Merle and the other 3 guys are getting closer Michonne and were about to ambush her, but she kills two of them. She escapes and comes across a scene of Glenn and Maggie coming from an abandoned drug store with bags of supplies. Merle sneaks up on the both Glenn and Maggie when he recognized them. Merle wants them to take him back to their camp, but they refuse and Merle takes them back to Woodbury. Michonne grabs the baby supplies and walks to the prison and meets Rick. Michonne learns something valuable: Walker blood camouflages you from the walkers! 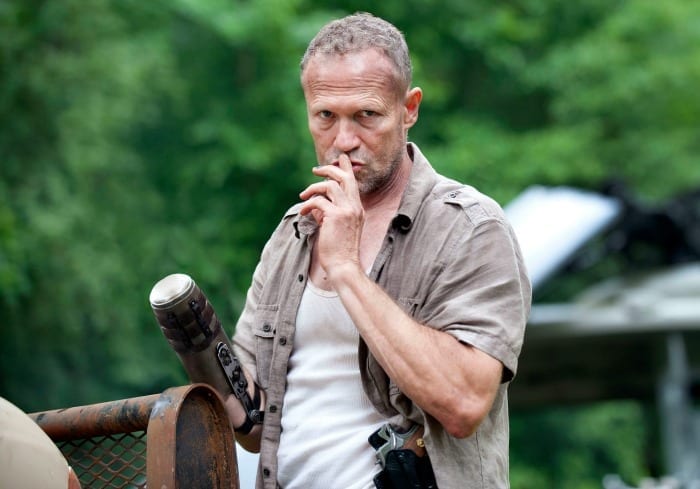 Episode 7 “When The Dead Come Knocking”

When Rick first meets Michonne, he totally doesn’t trust her; however, she’s someone in need. Michonne tells everyone what happened to Glenn and Maggie in front of the store, and how she ended up at the prison. Meanwhile, Merle is beating the crap out of Glenn, and Maggie can’t stand it anymore and tells him that the group is held at the prison. Daryl, Rick, Oscar, and Michonne go to scout out Woodbury. 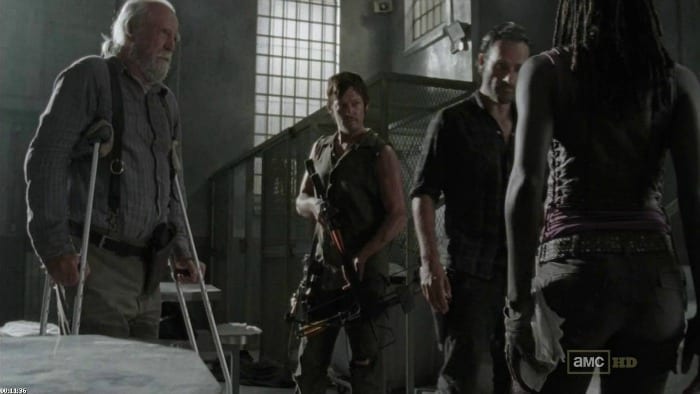 Episode 8 “Made To Suffer”

Rick, Daryl, Oscar, and Michonne invade Woodbury to go and rescue Maggie and Glenn. The fight is real and gets super crazy with people running around everywhere and not know where to go. Michonne sneaks into the Governor’s room and discovers the secret room where he keeps his daughter, who’s a walker. Michonne kills her, and the Governor discovers this, and they get into a fight. Michonne stabs him in the eyet. The gang escapes, with exception of Daryl – who is forced to fight his brother in the Walker pit! We get introduced to Tyreese and Sasha.

While Merle and Daryl are forced to fight to the death, Maggie and Rick come to save them and bust them out of the walker fight. Daryl was very adamant about bringing Merle home to the prison with them, and wasn’t having it any other way. Rick and Glenn decided that it was best for the group for Merle not to come, so Daryl and his brother went off in the woods in their own direction. Rick loses touch with reality when he arrives back at the prison and sees Lori in a white wedding dress across the prison yard. Glenn suggests that maybe it’s not a good idea for Tyreese and Sasha’s group to stay. 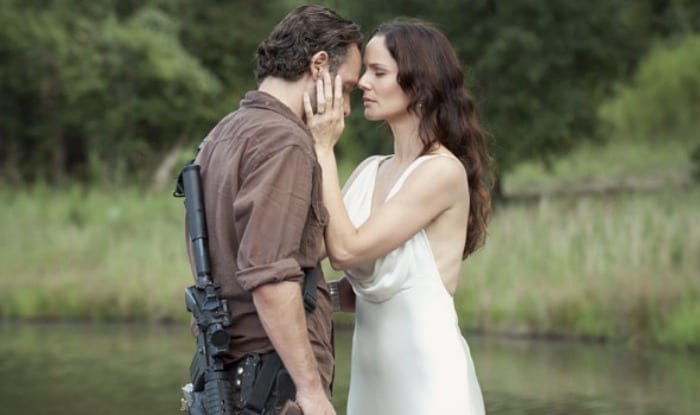 Merle and Daryl are at wits end with each other, and Daryl is missing his group…his family. Merle tells Daryl that the Governor is probably going to kill everyone back at the prison. The Governor does a sneak attack with a group of his guys and breaches the prison fence and allows a ton of walkers to invade. Daryl and Merle decide to go back to the prison to help Rick’s group. 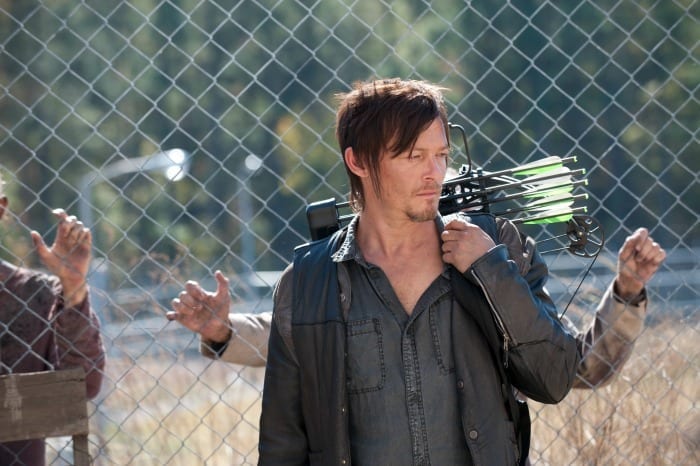 Andrea has learned about the attack on the prison, and wants to go her old group to try to calm things down and become a peace keeper. Milton goes with Andrea, until they meet Tyreese & Sasha with their group…and then he takes them back to Woodbury. Tyreese & Sasha give the Governor the physical layout of the prison in exchange for staying. Andrea tries to explain to Rick and group that the Governor really wants Michonne. Carol implores to Andrea that she can end this and to kill the Governor. Andrea returns to Woodbury, she lets the Governor know that she came back willingly. At night she holds a knife and is inches away from killing him, but she stops. 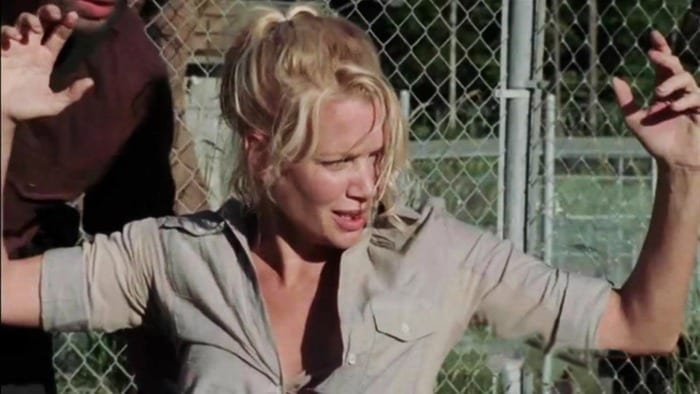 Rick, Carl, and Michonne drive to King County, in hopes of finding weapons. While scouting out buildings, they come across a super protected place with signs everywhere, and then a masked man begins to scream at them while holding a rifle in their direction. It’s Morgan, who unfortunately lost his son. Morgan has lost mind. However, he has a stash of guns and ammo. Rick subdues Morgan, and they take as much as they can. During the drive back to the prison, Rick and Carl realize that Michonne is a natural part of their group. 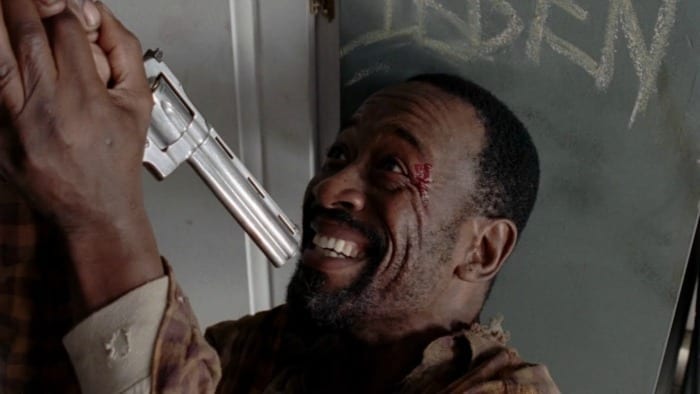 Episode 13 “Arrow on the Doorstep”

Tensions are high! Rick and the Governor meet on middle grounds to discuss everything. Rick makes a suggestion for how to split up property, but Governor isn’t having none of that nonsense and wants his team to surrender to him. The Governor comes up with 1 solution: Give him Michonne, and everything stops. Rick goes back to the prison with a resounding, “We’re going to war.”

Andrea catches wind of what the Governor has planned for her ex-group, and she escapes to go warn them. The Governor learns that she escapes and runs after her. Just feet away from the prison, he catches her and brings her back to Woodbury. Back at Woodbury, Milton (the Governor’s trusted advisor) is found to have burned a pit full of walkers to use in a attack against the prison. 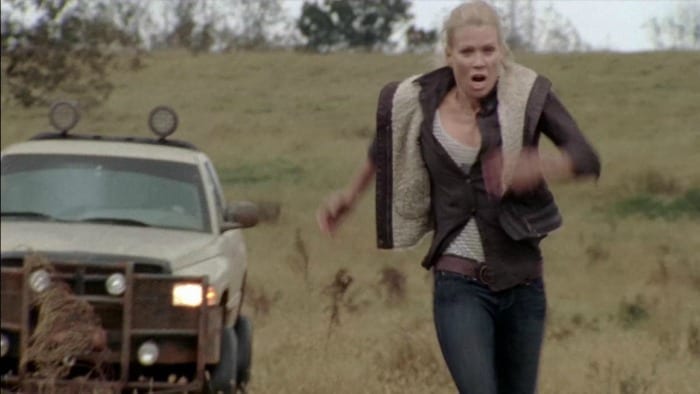 Merle decides that he should be the one to take Michonne to the Governor, but he cuts her loose before getting there, and instead decides to get a group of walkers to attack the Governor. Unfortunately, Merle dies and becomes a walker. Michonne meets Daryl and tells him everything that happened, and then Daryl finds that Merle has turned and kills him. 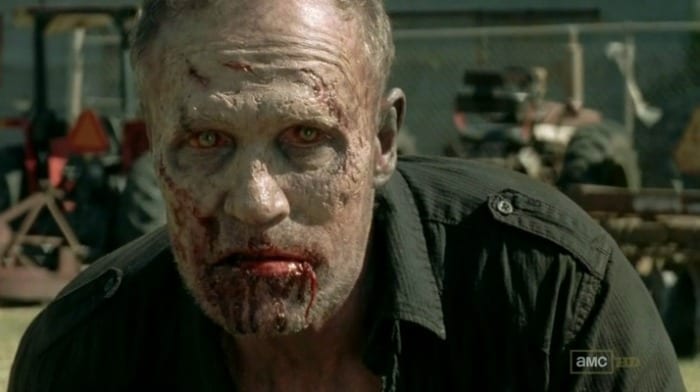 Episode 16 “Welcome To The Tombs”

The Governor has Andrea locked up in a room, and throws in a fatally injured Milton. Before Milton turns into a walker, he tells her how to escape. However, it was too late and he bites her and she kills herself. The Governor attacks the prison, they’re all too prepared and they destroy the Governor’s plan. Rick, Sasha, Tyreese, and the others bring a bus load of survivors from Woodbury into the Prison to give them a home. 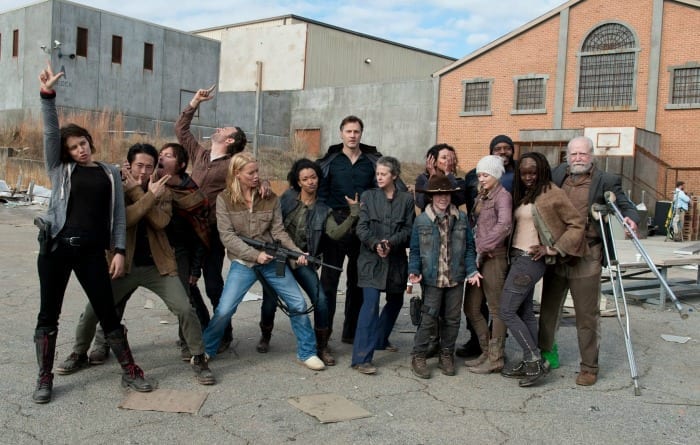 Grab your copy of The Walking Dead: Season 3 on DVD!