I’m so bone tired today that as I’m writing this, my eyes are crossing. My shoulders ache, my head aches, my I-don’t-even-know-what-that-is aches. Seriously, the last time I felt like this was after three solid days of the flu, and no one to take care of me. I’m not complaining, really I’m not, but last night sucked. Last night the baby didn’t sleep. Not even a wink. And because of that, no one in the house slept… 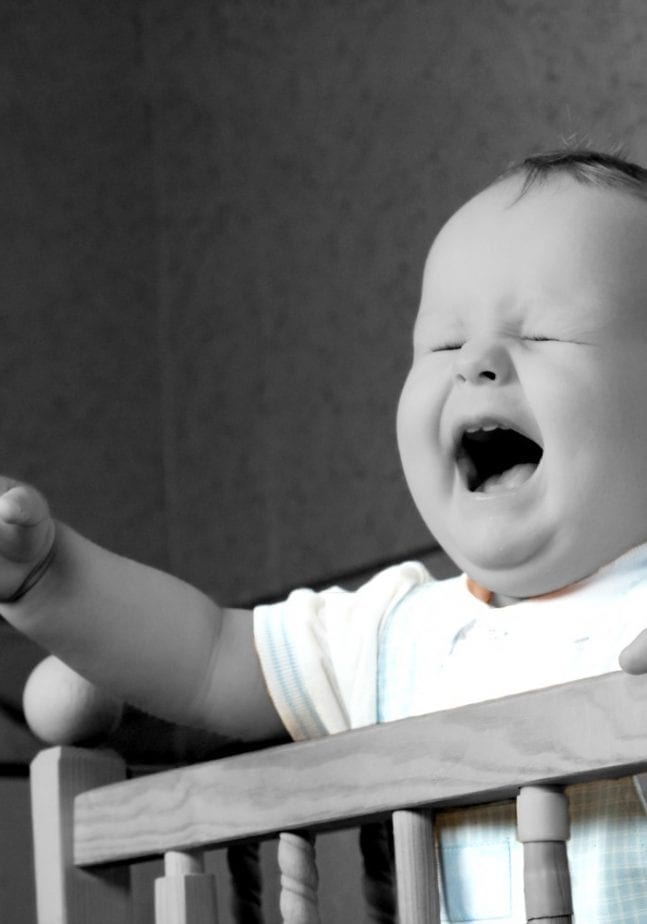 When The Baby Doesn’t Sleep, No One Sleeps…

I should explain a little: I don’t have kids of my own. I’m not married, single as can be, and my longest pregnancy ended in a devastating miscarriage that left me broken, grieving, and longing for a baby to hold. If I’d known about nights like last night, I might have grieved a little less.

I mean, I knew babies sometimes didn’t sleep, but I didn’t realize the way their screams could make your bones ache, or that they arched their backs like it might break. I’d always thought there was a little screaming, but mostly tears and sadness and cuddles. No one prepared me for the screams of the damned and baby muscles so tight that you’d swear they were possessed.

About a month ago I found out my little sister-in-law needed somewhere to live. My house is full, but I’ve always believed you do for family, so even though I didn’t actually have a room to spare, I welcomed her with open arms. We agreed that she and her three-year-old would share a room with my sixteen-year-old niece, and the baby would sleep in my room.

No problem. I will always take baby cuddles. Plus, for the most part he sleeps like a champ. Seriously, a couple of quick cries when he’s first laid down and then snoozeville for at least nine hours straight. I guess since he’s one that’s a thing? He’s well past the whole waking up every hour part of babyhood, and I’m down with the whole being the first one to receive sweet baby hugs in the morning thing. It’s awesome.

Last night was not awesome.

I mean, maybe I put too much pressure on the kid. I got used to how amazing he was at sleeping and that somehow translated to him feeling a need to prove to me he was still a baby at heart. So when he first woke up, about an hour after he laid down, I thought nothing of it. A couple quick cuddles, some soft music on my phone, he was out. Boom. Easy peasy.

An hour later, he was up again. This time he did not go back to sleep. His mama came in and fed him (well, took him out to feed him), and we figured he’d just been hungry. Okay, no biggie. He fell back asleep.

Every single stinking hour that baby woke up. He’d scream for about fifteen minutes, staring at me like I was the end of his childhood, and then go back to sleep. I’d feel myself start to drift, and it would happen again.

Baby screams penetrate your soul. They settle in the place where your heart should live, and tell you just how inadequate you are at being an adult caregiver. They make your everything ache.

This morning the baby is happy. He’s smiling, had his oatmeal, doesn’t even realize what a fuss he caused last night. I have black circles under my eyes. My teeth and hair are both unbrushed, and I’m pretty sure my baby fever has been cured for life.