It’s seven o’clock at night. Dinner has been over for an hour, homework has to be done, baths have to be taken, and it’s almost time for bed…yet, you and your littlest are still sitting at the kitchen table locked in an eye-to-eye all out combat over that one bite of broccoli he refuses to eat. Your kid hates vegetables. You’ve dug in your heels. Giving in means a lifetime of giving in. At ten your child is going to want a pierced nose, and you’ll have set a precedent. At thirteen, that first tattoo. Fast cars, loose women, and prison is in your child’s future and all because of that one piece of broccoli.

At this point, you resent the broccoli. You actually hate it a little. If you could go back, you’d have made peas. You know your little would have eaten peas. Why did you pick broccoli? Oh, yeah, that’s right. Because broccoli went better with that chicken recipe Natalie at the gym gave you. Damn it, Natalie. Why couldn’t she have minded her own business? You were doing fine on the treadmill without her butting in and asking you to join her for a smoothie. Next time you see Natalie, you’re going to give her a piece of your mind.

Just one little bite, you coax. And your child takes the tiniest bite ever. Like, less than one little knob from the broccoli crown. And now that kid is making faces like you poisoned him. Still. Moral victory. You’re the winner. The stand-off is over, and you can retreat to your separate corners…at least until tomorrow night.

It doesn’t have to be like this, you know. And your kid hates these battles as much as you do. Here are 5 reasons why your kid hates vegetables and it’s all your fault.

1. Making them sit there until they’re done. Really, what good does this do? You’re both going to end up frustrated, angry, tired, and in the end they won’t be eating the vegetables because they want to, but because you’re forcing them to. And they’re going to decide to hate them because of that. Instead, try serving vegetables first. Or maybe even try a few dishes a week that are all vegetarian. And if the kiddo doesn’t eat? They won’t starve to death. Just let them know there’s nothing else to eat until tomorrow. Eventually they’ll jump on board (hopefully).

2. Over-seasoning them. Stinkin’ Natalie at the gym gave you this awesome recipe for a broccoli dish that involves half the spices in your cabinet, the blood of a virgin antelope, and a voodoo priests’ blessing. It’s Amazing. And yet somehow your kid is giving you that face like you’re trying to poison them (are kids just born with that face?). Look, thing is kid pallets are sensitive. You taste all the spices blended together but your kid might be tasting All Those Spices. It’s a lot. And their brains have trouble processing all of that. Instead, make that freakballs delicious dish for yourself, and something more bland for junior. You can always offer them a bite of yours, but chances are bland will be better for their budding tastebuds. 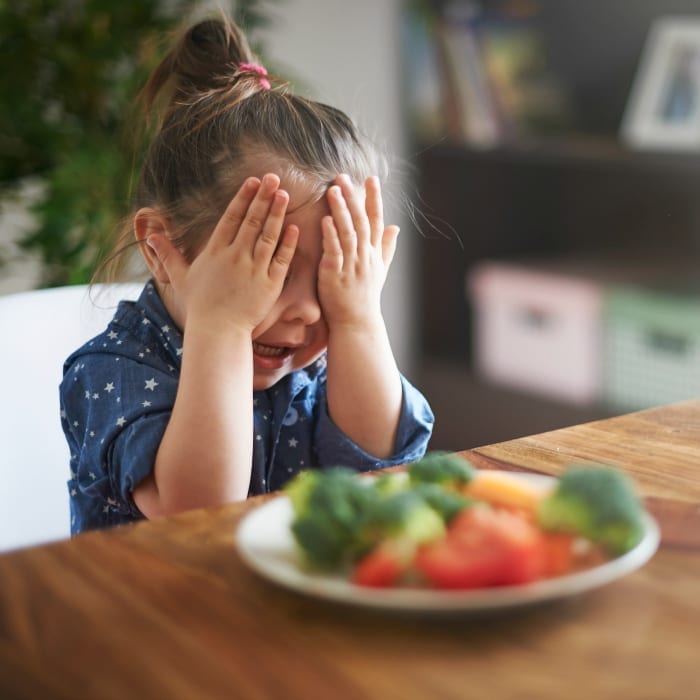 3. Serving them again until they’re eaten (my parents did that). And maybe parents don’t even do that much anymore…but admit it, you’ve threatened it right? Eating cold, disgusting vegetables that sat on the plate overnight until they were wilted and slimy is not going to win this battle. I mean, think about it, would that work on you? Try making it fun instead. Let them spell their name or make smily faces with the peas. Build towers with the carrots. Kids learn to love things through engagement, so let this be something that they’ll learn to love!

4. Turning it into a battle. There are already so many things to fight with the littles about, right? I mean, that messy room, the hair that they won’t let you brush, BATHS, why going to preschool Has to be a thing…fighting over getting your kid to eat something that they’re going to eat eventually is a dumb fight. This doesn’t have to be your last stand, Custer. Instead, find other ways to sneak veggies in until they like them naturally. Make peek-a-boo spaghetti sauce, or try brownies that have spinach already cooked into them. Whatever. The more you fight it, the more they’re going to fight back. And that’s going to make life miserable for both of you.

5. Overcomplicating the issue. Look, if your kid likes junk food more than vegetables, then just don’t offer them junk food. I know, I know, you’re all, But you don’t know MY kid. And you’re right, I don’t. But if you can start early and offer kids vegetable choices that They get to pick from you won’t have this fight later on. What do I mean? Kids snack all day long. Try setting out veggie snacks. Give them a smorgasbord of vegetable choices. And then when dinner rolls around if they won’t eat that broccoli, not a big deal. As long as they’re getting veggies Sometime during the day, isn’t that all that matters? 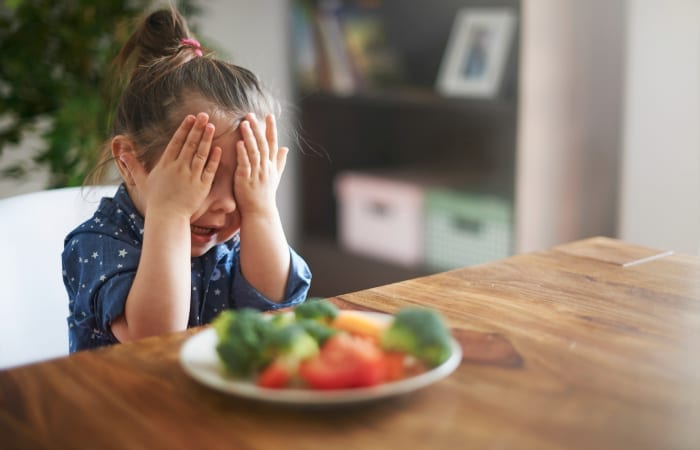 Currently it seems like Movable Type is the best blogging platform available right now. (from what I've read) Is that what you are using on your blog?