This is a sponsored post written by me on behalf of National Institute on Drug Abuse for IZEA. All opinions are 100% mine.

If you have kids, you probably already know it is a scary world out there. As our children get older and their curiosity spikes, it becomes an even more dangerous place to be. With pressure from friends to try drugs and alcohol and all of the myths surrounding them, it’s no wonder we want to wrap our kids up in a plastic bubble until they reach adulthood. While that isn’t realistic, talking with your kids and sharing these 13 Facts About Drugs and Alcohol can help. These are certainly things every teen or even pre-teen should know! 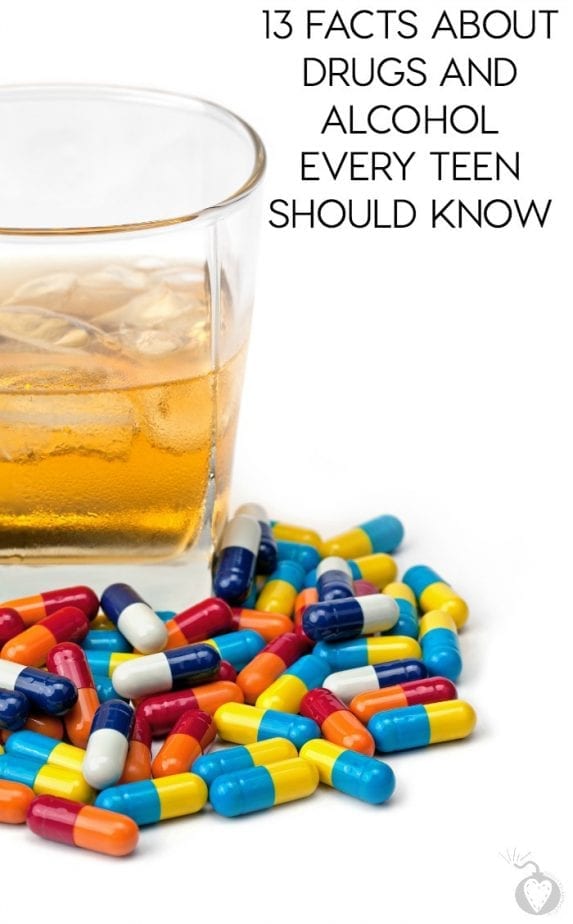 13 Facts About Drugs and Alcohol Every Teen Should Know

Before I share these facts, I do want to point out that teens are not the only ones that should know these. We should talk with kids of all ages about the dangers surrounding drugs and alcohol. You should also take the time to debunk any myths your children might hear from their peers. With that being said, pre-teens and teens tend to have more of that social pressure which is where you come in. Below are some drug and alcohol facts that every teen should know. This is the perfect time as National Drug & Alcohol Facts WeekSM is running this week (January 23-29, 2017).

While these are just 13 facts surrounding some drugs and alcohol, these are definitely not all. The best way to keep your child drug and alcohol free is by talking with them and educating them on the dangers of drug and alcohol use. To get the conversation started, you can take the Take the National Drug & Alcohol IQ Challenge to see how much you and your teen knows surrounding this topic.

National Drug & Alcohol Facts WeekSM (NDAFW) is an annual, week-long observance that brings together teens and scientific experts to shatter myths about substance use and addiction. The observance will be held January 23-29, 2017, and is sponsored by the National Institute on Drug Abuse (NIDA) and the National Institute on Alcohol Abuse and Alcoholism (NIAAA), both part of the National Institutes of Health. The week-long observance was launched in 2010 to counteract the myths about drugs and alcohol that teens often hear from the Internet, TV, movies, music, or friends. Since its inception, the number of community-based events held to SHATTER THE MYTHSTM,SMhas grown dramatically, with more than 2,000 held last January throughout all 50 states and several international sites. If you or someone you know has a problem with drugs, find out how you can help. You can also learn more by visiting the National Drug & Alcohol Facts WeekSM website.