Unless you’ve been hiding from the internet since November (and really who could blame you), you might have noticed that January 21st boasted a historic Women’s March. An estimated, worldwide, 5 million women, men, and children strapped on their walking shoes, made signs, and took to the street to have their voices heard. Hell, even my tiny conservative hometown had a few hundred roll up in their hand knitted “Pussy Hats” wielding signs touting girl-power.

By and large, the commentary on my Facebook page was positive. I had at least a dozen friends pick up and go participate in these marches. Marches and protests are great ways to feel like you are participating. Sure, we voted. Our lady didn’t win. It sucks, but it happens. The balance of power has always been a pendulum. A single party staying in power for 3 terms is rare.

But not all the commentary was positive. Here are the top 3 stupidest responses to the Women’s March… 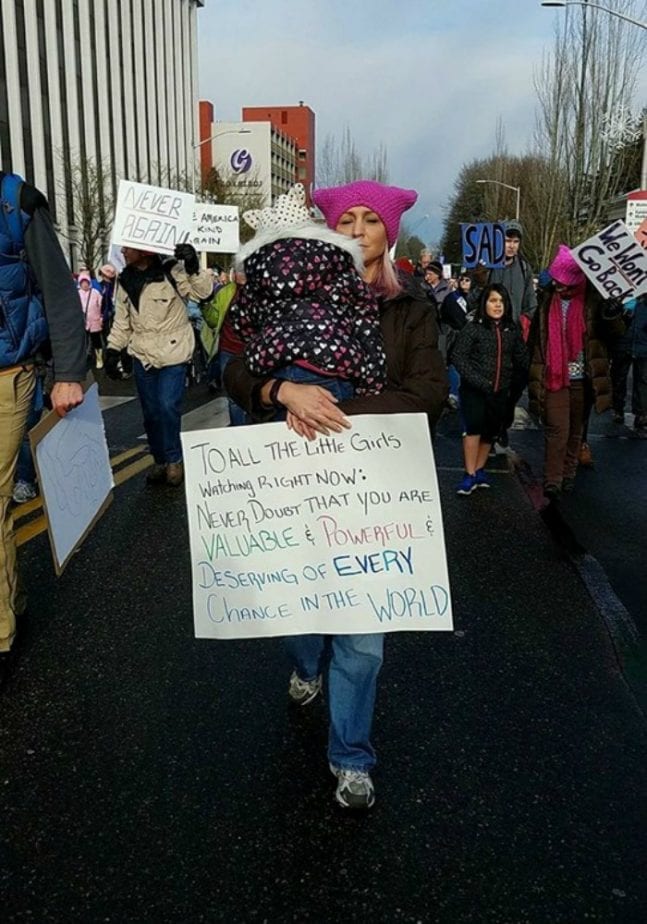 1. “Don’t these women have anything better to do with their time?”

This seems to be the most popular of the negative responses and one I saw over and over. But this attempt to de-value the marcher’s efforts is so transparent it could be turned into a classy dress for Lady Gaga. When one says “Don’t these women have anything better to do with their time?” the implications is that you yourself are a responsible person taking care of real business and the people marching are lazy with nothing better to do.

Newsflash: This IS the better thing that they have to do with their time. Marchers booked flights, reserved hotels, and cleared PTO with the boss. Signs were made, hats were knit. Children were stashed with relatives, or brought along for the learning experience. None of that is easy. The march was not a vacation. The march was work. Sitting at home bitching about other people coming together for something they believe in is easy. 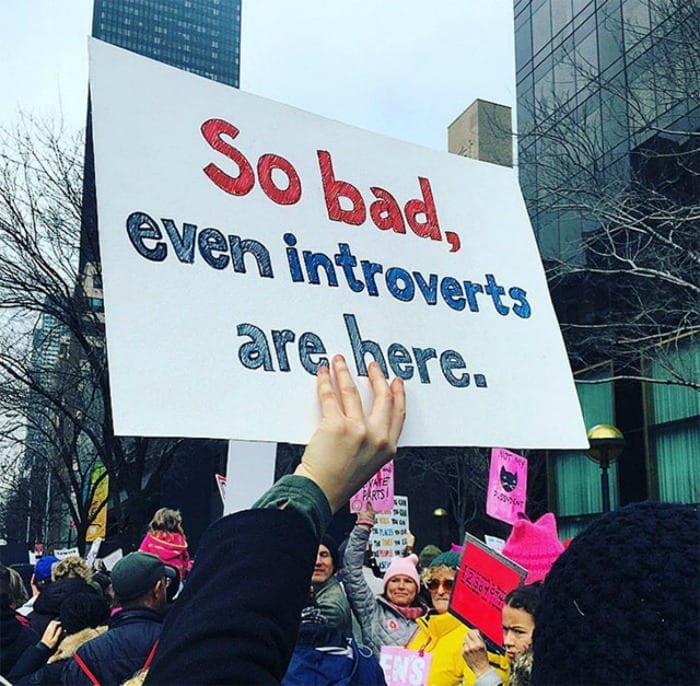 2. “If these women are marching, who is at home making their husbands dinner?”

That is an actual response I read. It made my blood boil. It is 2017. I am not my husband’s servant or property. He’s a grown man. He knows where the fucking peanut butter is.

But here’s the thing: this Women’s March that you want to turn your noses up at? It’s for YOU. Not because I want to free you from the chains of oppression so you can finally put your shoes back on and take a break from birthin’ babies. No, we’re marching so YOU can do YOU. So that you can retain the freedom to be a homemaker…or go out into the workforce! Do you not understand that we aren’t trying to take away your ability to cook your husband dinner? We’re trying to ensure that freedom is protected.

Scoff if you like, but I’d stand by you with a sign protesting for your right to choose to cook your husband dinner. But you gotta stand by me if I need to protest for my right to work outside of the home.

Well, congratulations. You’ve never felt oppressed and therefore no one else is, either. That’s like saying “I’ve never had cancer, so why should we bother researching it?” Sometimes it’s not about you.

You don’t feel oppressed? You’re lucky. You’re also lying to yourself. I suppose you make as much as your male counterparts? And you don’t have to pay a “pink tax” on ladies hygiene products? You have 3 months paid maternity leave? Or ANY maternity leave? Maybe you don’t want to have a baby. Well, right now, men are deciding what you can and can’t do with your uterus. From the unwed teenaged mothers to the 43 year old mother of four who was on birth control despite believing herself beyond her childbearing years. Men, who will never have to know the physical ramifications of pregnancy, wanted or unwanted, are deciding what much needed medical care will be available to you tomorrow.

I get it. No one wants to think of themselves as a second class citizen. It’s a shitty feeling. But being in denial isn’t going to fix anything. Calling the marchers lazy, stupid, whiners isn’t going to do much, either.

Women today stand on the shoulders of giants. We take for granted the rights that they fought, and bled, and died for. I will not let their sacrifices be in vain. I will not let us backslide.

If you don’t want to march, that’s fine. But don’t be a butthole to the people who have decided that their “better thing to do” involves securing true equality for themselves and YOU. 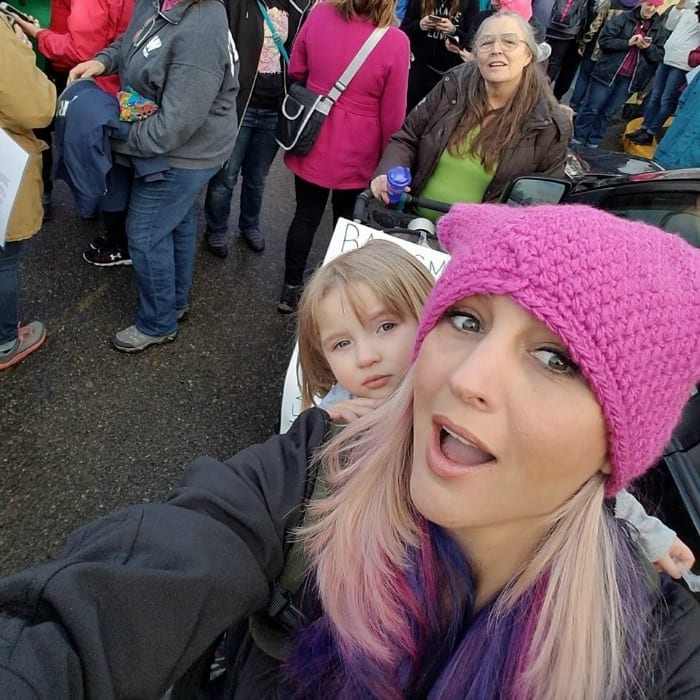 Three generations marching together. From back to front: Carole, Lillian, Cynthia Couch

No I am a woman and I am helping make the decision for those teens whose brains have not yet developed so stop blaming men just because you believe in murder.

Hi mates, good post and pleasant urging commented here, I am in fact enjoying by these.

Love this post! It starts a dialogue we all need to be having!!