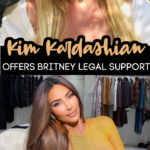 Britney Spears is all over news, but unfortunately for the worst reasons. She is still under the conservatorship of her father and is being forced to work against her will and we are NOT for it!

We also know that Kim Kardashian has been studying law, and despite failing the Baby Bar Exam twice, is continuing to pursue that.

Well allegedly, this duo is going to join forces to try to actually free Britney once and for all. The two go way back and are ready to take on this insanity.

Britney, who begged the judge to end the 14 year conservatorship, was denied. But what she revealed is just heart-breaking.

She’s banned from having a baby with her boyfriend and is not allowed to have her IUD (contraceptive device) removed – comparing her situation to sex trafficking. She claimed she was ordered to work 10 hours a day, seven days a week, against her will, and that her guardians sometimes took away her possessions including her credit card, cash, phone and passport.

A source has stated that, “She (Kim Kardashian) reached out to Britney as soon as she read her statement. Kim knows she’s going through hell and that her situation is like a jail sentence. She’s let her know she’d do whatever she could to help her win her battle. Having such a high-profile name attached to the legal team would give Britney’s case even more publicity.
“Britney has given the green light to let Kim help in whatever capacity she can and asked her to email her lawyer, Samuel Ingham. She really appreciates her support.”

If this is really about to go down, grab your popcorn, because the Kardashians are used to getting what they want. So maybe this is what will finally do it. We can only hope. 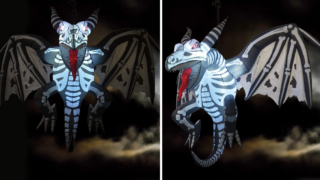 Next
You Can Get A Self-Stirring Hogwarts Mug That Brings Magic To Every Sip
Click here to cancel reply.