My daughter is an incredible kid. You’ll find more 1st place trophies in her room than measles outbreaks in Minnesota. She loves to camp and she plays with animals. Yesterday, she came home with a cup full of worms that she had dug up from a friend’s backyard. Why? I don’t know. She’s complicated. My Katy Bug is tough, she’s strong, she’s smart, she’s also a fearless princess, and I’m fine with that. 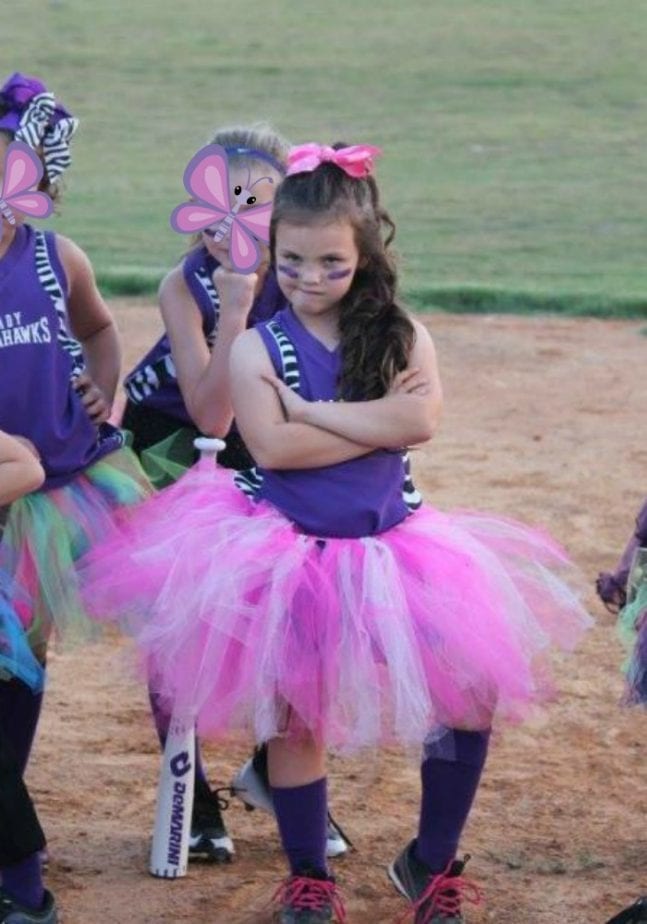 My Daughter Is A Fearless Princess And That’s Great

This kid bleeds pink and purple. Her room was decorated in Aurora and Sleeping Beauty pieces until she made the bold choice of switching out for Elsa and Frozen pieces. She has a toy vacuum set and pretends that she’s cleaning her apartment in case Molly from American Girl pays a visit. I don’t know where her personality comes from. I’m an Ariel man, myself, and I doubt my wife even knows how to switch on a vacuum cleaner. But we support our daughter in her interests on the softball field and on the pretend fashion runway because, as her mother says, feminism is about being who you want to be without arbitrary boundaries. Who could have a problem with that?

Well, some feminists have a problem with that.

I recently wrote a piece about boys not having the freedom to be themselves and how this negatively affects my son, but you wouldn’t know that by reading the comments. Hundreds of angry women raged against half of a paragraph I wrote about my perfect daughter. Mothers across America called me a liar, they belittled my daughter’s accomplishments. One mother even claimed that my kid must poop herself and throw tantrums in public because no kid is “perfect”. Well, if the barometer for perfection is regular bowel movements and emotional stability, sorry, she’s freaking perfect.

I don’t understand these people. I would hate to put any kid in a developmental box that says, “Sorry, if you’re a girl, you can’t be a good person. Go act like these idiot boys for a few years.” If I had described my son as kind, mindful, and obedient, I would have been lauded as a great parent, but since my daughter is kind, mindful, and obedient, there must be something wrong with her. Is it just me or does that seem, I don’t know, sexist?

And this single-minded devotion to whittling away our children’s expressive personalities doesn’t end at the comment section. A Kickstarter advertisement recently popped up in my email asking for support to publish a kid’s book about women of historical significance. That’s a great idea for a book. But the book then mildly belittles the Disney princess “culture” by saying, “trade in princesses for presidents” and “trade Cinderella for Cleopatra”. Uh, can’t my daughter have both? I read Batman comics AND Teddy Roosevelt biographies. Why can’t my daughter have a fancy tea party AND dig for worms? When did everything become either/or?

I don’t know what path my daughter will take. She could be a CEO for a Fortune 500 company, she could be a doctor, she could even be the first female presidential candidate worth voting for, or she might strap on an apron and feed the homeless, raise money for the local animal shelter, and run her kids PTO, all while her husband does the 9-to-5 grind. Any one of those paths sound wonderful to me because whichever path she chooses will be the one I hope leads to happiness and fulfillment. My little girl’s life isn’t some social justice cause. She doesn’t owe it to anyone to live her life in the name of “sisterhood”. Katy Rose will live the life Katy Rose wants to live, because Katy Rose is a fearless princess.

Kudos to you, I also allow my daughter to be who she want to be in any moment, for now screw societal standards, she has her whole life ro conform but under my roof she is now free to explore and learn and find herself her voice and her heart. ..before. The norms start creeping in,,she will be free!!