I was young when my doctor told me I wouldn’t be able to conceive without help—medical help, I mean, not the usual two-to-tango type. It sucked, but infertility runs in my family and having drawn the short straw in my generation, at least I found out early. I had plenty of time to think about my options, so I could just put this on a shelf to deal with later.

Memorial Day is about beer and barbecue. The Fourth of July is baseball and fireworks. Thanksgiving is food and football.

But Christmas is about kids. 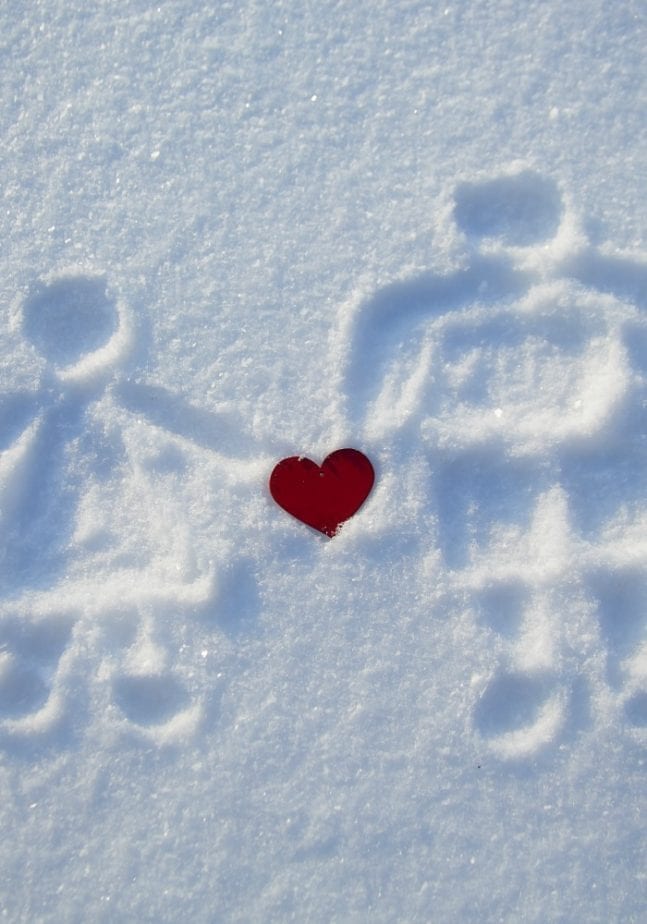 What Christmas Is Like When You Want Kids, But Can’t Conceive…

It’s in the songs, it’s in the movies, it’s the mall, and the scenes of kids leaving cookies for Santa Claus, adorable children around the tree, funny commercials parents’ gift-giving adventures, kids offering their hand-made gifts to grandma. All that stuff that gets you right in the uterus.

There’s no escaping it in church, either. Nothing says, “Maybe I’m not dealing with this as well as I thought,” like suddenly bursting into tears in the middle of the Nativity Play.

The holiday season—no matter what you celebrate—is when family and friends catch up. You get the Significant Eyebrow Wiggle and the “anything new with you?” Strangers make conversation at the office Christmas party with the go-to “Do you have kids?”

About 11% of women in the reproductive age range have “impaired fecundity,” which is the medical term for “can’t have babies.” My preferred translation is “I have dogs.”

At Christmas, I don’t take offense at the question because kids are on everyone’s mind. If my cart is full of dinosaur pajamas and Avengers action figures, it’s not a wild leap to think I’m shopping for my child. I don’t have to tell anyone they’re for me.

When my cousins and siblings started having babies, our family Christmas gatherings began to revolve around “the kids.” Christmas dinner is now lunch because of the kids, so we can do presents for the kids, because we have to video the kids and read the Christmas story for the kids. The parents of the kids would love to stay and visit, but they have to dash off to get the kids over to see their other set of grandparents.

And try having a sensible conversation with your adult sibling when every other sentence is “Don’t put that in your mouth.”

As much as I love kids, the chaos they create in a herd is overwhelming. It’s a joyful disruption, but it’s a little like having to rearrange your whole schedule to accommodate a party you can’t attend.

Self-pity feels stupid after a couple of years of this. Sarcasm is another option, but I don’t recommend it unless you’re dead set on being miserable and taking everyone else along with you.

When I had an obedient dog I brought her to Christmas with me, which was the smartest thing ever. Not only was she a court jester of a dog, but I, too, had to join the chorus of “Don’t put that in your mouth.”

I found myself on cleanup duty a lot. I can’t see a mess and not attack it, and the distraction is good, and it makes sense because everyone else is buried in wrapping paper and Target gift receipts while they prompt their kids to say thanks to grandma. It’s no big deal. I like to be useful. It’s not like I was doing anything important.

The year I caught myself thinking that, I went home and spent my Christmas money on feminist literature to remind myself that one’s worth is not dictated by one’s reproductive plumbing.

Eventually you do reach a détente with your uterus. Your life fills up with friends and projects and passions. Then Christmas comes around and you have to choose between sitting with your generation, where the conversation revolves around soccer league, and no one has seen the new Star Wars movie because it means having to get a babysitter, or sitting at the grown-up table and talking about hip replacements.

I don’t feel like that the rest of the year. I love being the Cool Aunt. I love being a mentor. I love seeing movies without having to get a babysitter. Though this last thing is negotiable if I dated a guy with kids, because I would make an amazing step-mom.

I will never have my own children, and that’s okay. There is no longer a baby-shaped hole in my life. There’s just a baby-shaped scar that gets jabbed with a Santa-shaped stick at Christmas time. But when the prodding stops so does the ache, and all that’s left is the reminder of how lucky I am to have so many non-biological blessings in my life.