Well, the election is finally over and while America is still snuffing out the flames from the riotous dumpster fires in our major U.S. cities, maybe we can finally get back to that nagging list of blocking friends and loved ones who voted differently than us. There’s been a lot of judgment slung back and forth in the past week and it’s tragic. Why can’t judging friends and strangers be fun again?

“But Nik, you unrivaled pontiff of thought and culture,” you say, “I’m a good person and I don’t know how to judge my fellow man.”

Well, folks, I’m a terrible person and I’d like to share with you 3 Fun Ways I’m Judging You! 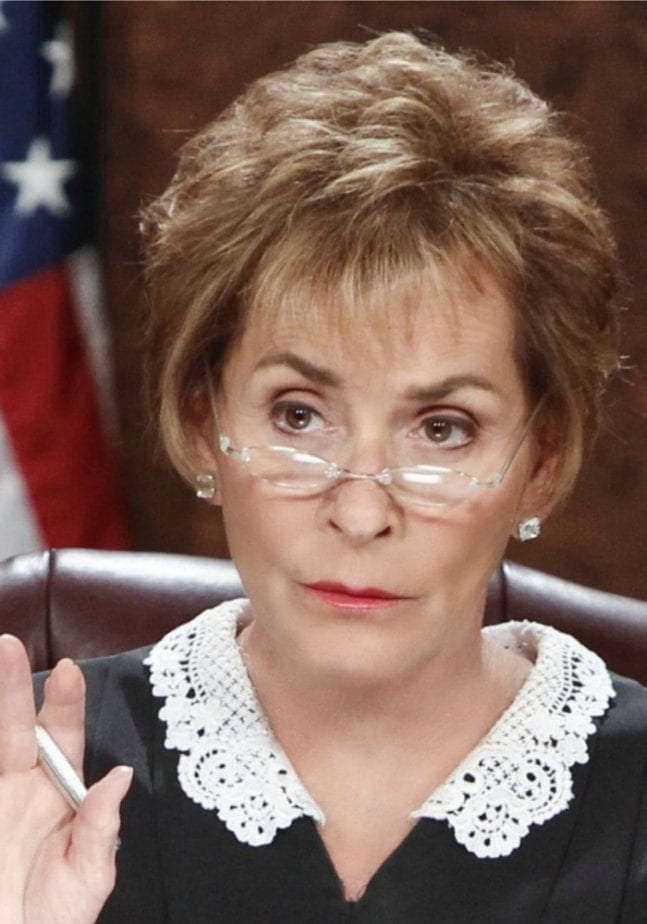 By Your Drink Order:

I love putting myself in a position to be better than everyone around me, even if I’m just at a coffee shop and I’m really bloated after eating a gigantic burrito from the Chipotle next door.

My wife and I were waiting on our drink order. Hanging back. People watching. A couple walks in with an adorable daughter. The family is very attractive and fit. No sooner do they put in an order, it’s ready at the pick-up counter. Two waters and a chocolate milk. What? It’s not even the good chocolate milk, like Oak Farms or Borden, the thick, sweet kind were you can feel your pancreas going into a diabetic coma. They ordered that bland, watery, healthy kind of chocolate milk. Gross. Please, keep in mind that we are in a coffee shop. Coffee shops are not the gym. After the sugar, and syrups, and cream, and foam, the only burn you’re going to feel is your fingertips if you don’t put one of those little paper sleeves around the cup. There is nothing healthy here. Go away healthy people! There’s no room at the inn for your kind! Poor kid. With parents like this she’s going to live ninety-eight miserably long years.

By Your Manic High And Low:

Stop if you’ve heard this one: You’re sitting at your kid’s football practice and one of the dads is total goddamn lunatic. He’s shouting at his kid about breakdown times, and run times, and catching with your hands and not your body. And we all sit around pretending we don’t hear him. I’m not sure what the punch line is, but his nine-year-old son gets to grow up feeling like he’s unaccomplished and a disappointment. It’s not a “haha” kind of joke, I’ll admit.

In fairness, this kid’s dad is actually an okay guy. He just obviously failed at something he obviously loved in his younger days and now his very athletic kid is paying the price. But that’s nothing new. We’ve all seen that kind of parent. What grinds my gears is when he’s finished berating his kid for only being mostly awesome and not totally awesome, he’ll turn right around and be all, “Hey, guys. Gee, I’ll buy the kids snacks his Saturday. If anyone else wants to chip in, I’ll bring a sign up sheet. Sure got a great team this season.” And you’re left looking around for a hidden camera because this guy just went from being Emilio Estevez’s dad in The Breakfast Club to being Ward Cleaver. I don’t mind that he’s intense, and I prefer that he’s nice, but what I don’t like is the emotional inconstancy. Either be the ball buster or be the nice guy. Flipping back and forth is just nuts, and exhausting for those of us watching.

Look, people get very passionate about stuff. I get it. But it’s all just stuff. Getting worked up over things that don’t really matter, like nine-year-old flag football or six-year-old softball or what wine pairs with fish (hint: the only fish you should be eating is fried fish and it only goes with beer. Sorry, Mary*), doesn’t show your level of commitment to a cause, but what a sociopath you are. 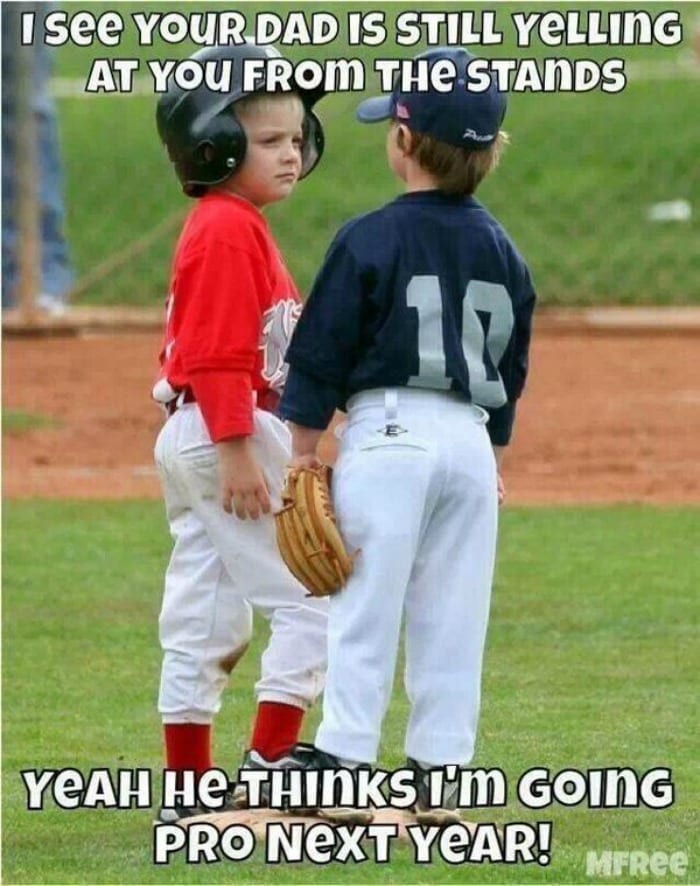 By Your Baby’s Political Opinions:

I didn’t know two-month-old infants were so political nowadays. When I see a baby in a onesie that reads, “This What A Feminist Looks Like”, I’m fascinated. Right from the womb little Rudiger is already well versed in the stats on gender inequality and the wage gap. I’m sure that as soon your baby pops his big toe out of his mouth, he’s going to tell me all about it.

And it’s not limited to clothing, but even lifestyle. I’ll get a photo on Facebook about how Lil’ Junior just loved his first hunting trip, and the kid’s eyes are all bloodshot from the massive amount of tears gushing down his face. Why? Because guns are loud and Bambie’s bleeding carcass is slung over the hood of a pick up.

Both parents couldn’t be more opposite. One is Left. One is Right. Both equally suck. Your baby is not a billboard for your politics or religion or snide digs at society at large. Stick to giraffes. Your baby will look cuter and you won’t look like an ass. And taking your five-year-old out in the woods to shoot things is probably a little too soon, don’t you think? Can’t you wait until nine? At nine they’ll want to kill everything. Kids are horrible. 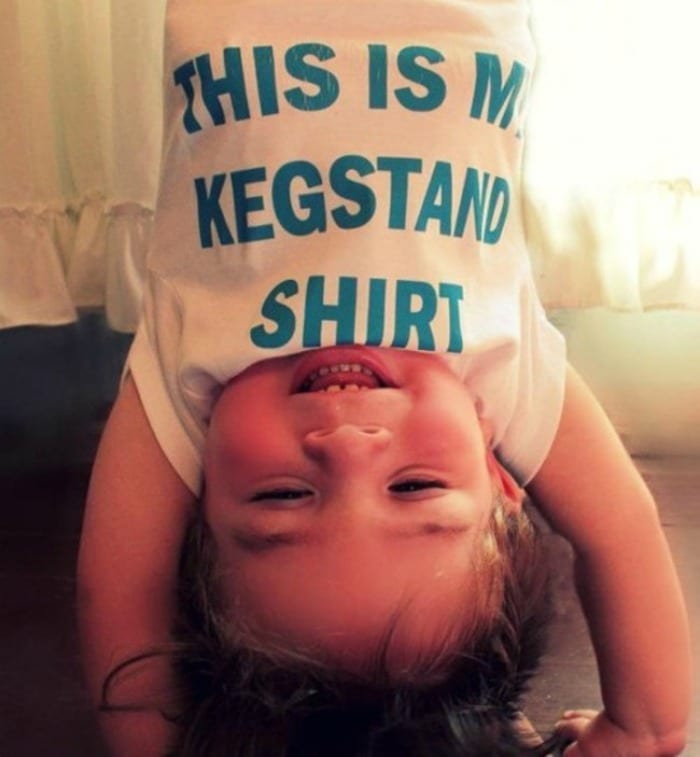 Everything we do is seen by somebody and for most of you that won’t matter. That’s great. Because somewhere, sitting at a table, is a guy like me who can’t help but openly mock how uncomfortably obvious it is that you don’t wear wedge high heels very often. I notice if you say either “Give me” or “May I have” to your server at a restaurant. I am the Public and I notice everything.

And I won’t apologize. If you’re making me see it, then I have a right to critique it. Does it make me a jerk? Of course it does! But so what? I am judging you. And you should have listened to me. That spider web tattoo on your neck looked really cool (no, it didn’t) when you were twenty and a bassist in a ska band, but now you’re thirty-two and you’ve got a kid and need a real job. Good luck, stupid.

*Editor’s Note: Beer is gross. Only gross people or people desperate to punish themselves drink it. Kissing people who drink beer is gross. That is all.