My teen came to me fully formed and already teenagery. So we missed the cute baby years, those awkward elementary years, and the “what is that smell?” preteen years. There are some things you have to do differently when you take in a child that is mostly cooked vs one who still needs you to do everything for them. And while there were a few early, awkward days of me trying to over-parent the poor kid, we’ve settled into some pretty fantastic routines that are helping her grow into an adult, and letting me encourage her along the way. That’s why there are now 5 things I won’t do for my teen. Not that I won’t help, but part of helping her grow is empowering her to make good choices on her own. 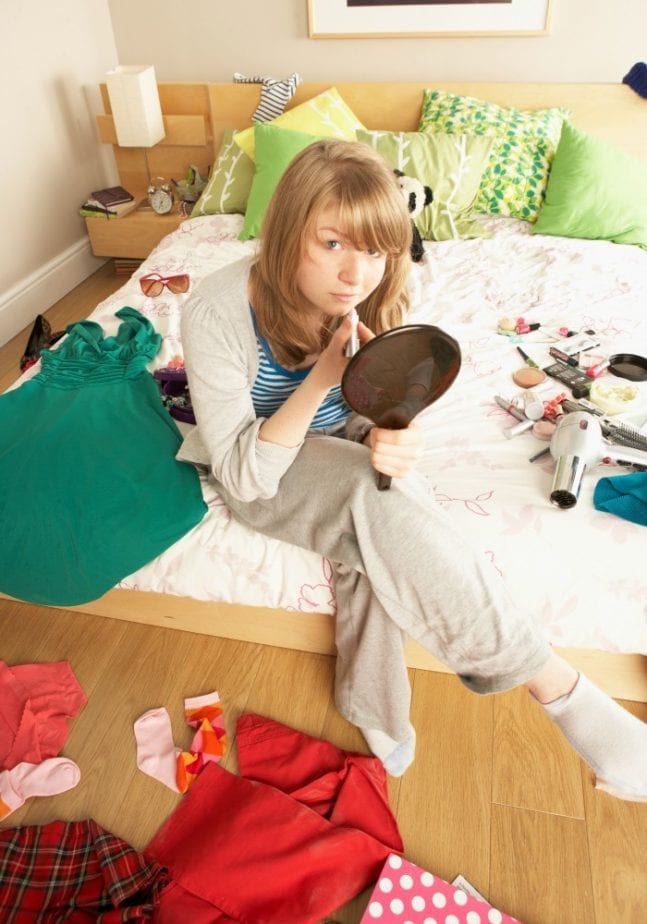 1. Laundry – As sixteen she’s fully capable of washing her own clothes. More than that, I want her to take pride in it. This is the chance in her life when she gets to choose who she presents on the outside, and I’m completely willing to support that…but since she chooses what to wear, she also has to choose the level of cleanliness of what she wears. Not that I won’t help her with her laundry if she needs a hand. I’m happy to help. But by and large, it’s on her.

2. Cook – I cook for her, she cooks for me, she cooks for her. At sixteen I want to know that once she’s out into the big bad world, she’ll know how to eat more than fast food, and part of doing that is to allow her situations in which to provide for herself. So, if she’s going to be home later than when I plan dinner, she makes her own dinner. Not only that, but one of the things I love is letting her cook for me. She takes pride in it, and I want to support that.

3. Pay for her bills – From me, she will always have the basics. Food, shelter, a soda if we’re at the gas station. Beyond that, she’s responsible. If she wants make-up, that’s on her. If she’s got her eyes on a new pair of shoes, that’s also on her. Even her cell phone bill is her responsibility. At this age I want her to look at her wants vs needs and figure out how to budget for each accordingly.

4. Clean her room – I don’t want her to live in a health-hazard, but I do want her to take ownership of her things. I want her to walk in and feel pride in the space she’s created. So while I’ll help her clean, if that’s what she wants, I don’t see any reason for me to go in and do the job for her. Every once in a while this means I have to go hunt down towels or spoons, but other than reminding her that I want her to work on it, I’m letting her take care of her own space.

5. Ignore when she’s making a bad decision – Teenagers think they know what’s up. And while she certainly has a pretty great grasp on the basics of adulting, she has a very long way to go still. It would be easy for me to let her make bad decisions and ‘learn’ from them, but there are some decisions that have longer consequences than others. I don’t want her to face a lifetime of limited choices because of a bad decision she made before her frontal lobes were fully developed. So when she comes to me, impassioned about a tattoo she wants, or about how she wants to drop of of school to go to college sooner, or telling me she plans to move in with a friend, I’m there to (hopefully) talk her back from these decisions and (again, hopefully) guide her toward more age-appropriate goals.

Parenting teenagers is hard. Like, super duper. Probably a lot easier if you had those earlier years to get into a rhythm, but just because we didn’t doesn’t mean things have to be hard for us. I want her to know, and tell her daily, that even though there are some things I won’t do for her, I will always love her.