I Accidentally Lived In A Haunted House 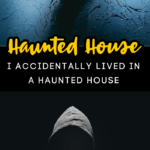 *Trigger Warning. This post is going to talk about murder, ghosts, and straight-up creepy things.*

“It happened in there.” One of the neighborhood kids is pointing straight at the window to my brother’s room, which happens to be kitty-corner to my room.

“You’re lying,” I say as I try to blow-off the fact that he just told me someone was murdered in my house.

I really don’t want to believe that a gruesome murder happened in the very same room where my brother sleeps, but things start to click in my mind, and creepy things start to make a little sense.

Okay, back up this story about 6 months.

My parents had decided to move us from our happy home in the mountains of southern California, to the flattest land I had ever seen.

I was 13, and the oldest kid in the family. I had protested this move. I had cried and screamed, begged and pleaded, but we still got on that plane to move to Texas.

My dad had gotten a job in this foreign land, and his new boss had set up our housing situation.

We were going to rent a house that we had never before seen; we hadn’t even seen pictures of the place — this was long before the internet.

All we knew was that it was close to his work, it had enough bedrooms to suit our needs, and we were promised that it was nice.

From the moment we crossed the threshold of our new living space, things felt kind of — off. It didn’t feel creepy. It didn’t feel warm and inviting. It just felt sort of — empty.

I attributed it to the fact that it was something new, not the normal, happy, lived-in home that I was so used to.

A couple days went by, and we got more used to the place — but it still felt — just — off in some way.

We had been living in the house for about 3 months when the weird stuff started to happen.

First, there was the time that I CLEARLY saw my dad in my peripheral vision. He was standing looking at me, and then he turned around and walked down the hall, out of my eyesight.

When I ran after him to see what he had wanted, I found him asleep in his bed.

I went and told my mom what had happened, and she said she had seen the figure in the hall as well.

Then there was the time that my 9-year-old sister was taking a shower in the bathroom. She was the only one in the room, and she had closed the door.

All of a sudden, as the water poured over her head and down her back, she CLEARLY felt someone’s fingertips drift from her shoulders to her hips.

And then there was my favorite of all the creepy incidents (I’m joking. It scared the CRAP out of me.)

Keep in mind, this happened MULTIPLE times. I wasn’t just dreaming or blurry eyed from sleep.

I was asleep in my room with the door open (keep in mind, I’m kitty-corner to my brother’s room — the room where the murder supposedly went down.).

In my sleep, I clearly heard a noise that woke me up. It wasn’t a voice. It wasn’t an alarm or the slamming of a door. It was just — a noise.

I looked over at my door, and standing in the doorway, right outside my brother’s room, is a large black cloaked figure looking right at me.

But, it wasn’t like it was literally standing there. I was looking straight at it, but it was like I was seeing it out of my peripheral vision — kind of there, but “not” at the same time.

I told my mom about this each time that it happened, but what was she going to do? She hadn’t seen it. Even if she HAD, we were stuck living there, and there wasn’t much we could do.

I’m standing outside my brother’s window with a kid from the neighborhood. I had just gotten done calling this kid a liar as another kid was walking up our driveway.

Without skipping a beat, he sees us looking at my brother’s window, and says, “That’s where that guy murdered his wife.”

My blood immediately ran cold, and the hairs on my neck started to stand on end.

What happens next is kind of a blur, but it somehow culminates with my mom going to talk to one of the kids’ parents.

Bottom line — the story the kids had told me was corroborated by the adults.

There was a man and wife living in our house with their family. One day, screaming could be heard from inside the house, and the next thing the neighbors knew, there were about 20 cop cars and an ambulance outside the house.

The husband had flown into a rage, and killed his wife in their kid’s room — the room in which my brother slept.

He hadn’t just killed her. Apparently he beat her to death. It was a gory mess, and there was blood everywhere.

The house had been sealed up, and there hadn’t been tenants living in it for a couple years.

Everyone knew what had happened, and they couldn’t get anyone to rent it, let alone buy it.

We were just the unlucky family who happened to move, unknowingly, into the den of death.

It wasn’t long after, my parents found us a new place to live; a place that didn’t feel empty or “off.”

We were finally away from that evil house, but I will always have the story of the time I lived in a haunted house.

p.s. It wasn’t until YEARS later that my brother told me that he also saw a black cloaked figure outside his door multiple times. It was never in HIS doorway. He always saw it from the side, and it was always looking in my room. — I’m really glad I didn’t know about this back then. I would have called it a day, and moved in with one of my friends. 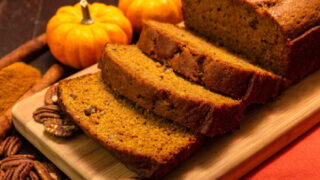 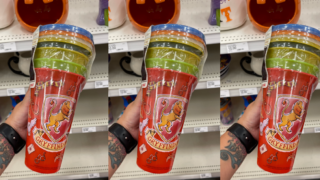 Next
Target Is Selling $10 Harry Potter Halloween Cups That Glow In The Dark
Click here to cancel reply.