I grew up doing rodeo, which meant that carnivals were my playground. Carnie food was my vending machine. There are a number of foods that people associate with the state fair or a traveling carnival that I associate with my childhood. All of it.

Some foods you can get just about anywhere. Cornie dogs, cotton candy and popcorn are some things that aren’t just for the fair.

But there’s one thing that, for the most part, has remained a staple of fair food: the funnel cake. And somehow my husband had never tried one…how is that even possible? 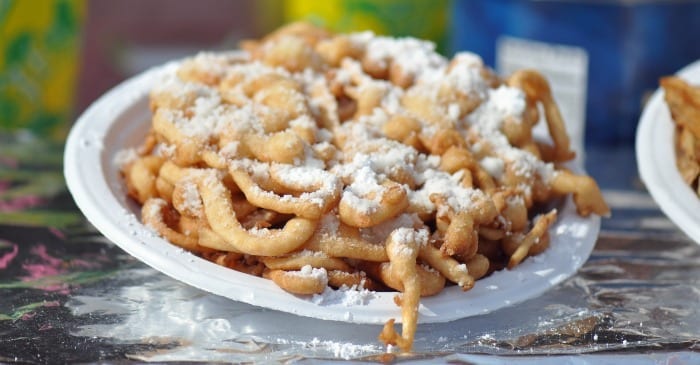 My Husband Never Tried A Funnel Cake Before Now…How Is That Even Possible?

For those unfamiliar with this delicacy, it’s a lot like someone took a bunch of donut dough, poured it into a fryer in long strings, zigzagging back over itself in a circleish shape. Once it’s baked to a golden brown it’s pulled out and dusted with powdered sugar.

Magic on a plate. Horribly messy to eat. And amazing.

I haven’t had a funnel cake in years. Maybe over a decade.

Last year a gelato and funnel cake shop opened up down the street for us. I have never forgotten the day we drove past it and I got super excited about funnel cakes being so close to me!

Turns out he’d never had a funnel cake.

Cue my disbelief. My horror. How could he have lived without this fried piece of heaven?

This last week we finally visited the shop and split a wonderfully thick, perfectly fried funnel cake. He had to get something done, and I just couldn’t wait. I had to have the first bite NOW! So I tore off a piece.

“You eat it with your fingers?” The expression of utter shock on his face… I don’t know that I’ll ever recover.

My sweet husband is a bit of a neat freak. All that carnie food taught me was that if it was really good, you ate it and wore it. Suffice to say, I’m not sure that my husband will ever really want to eat another one again. 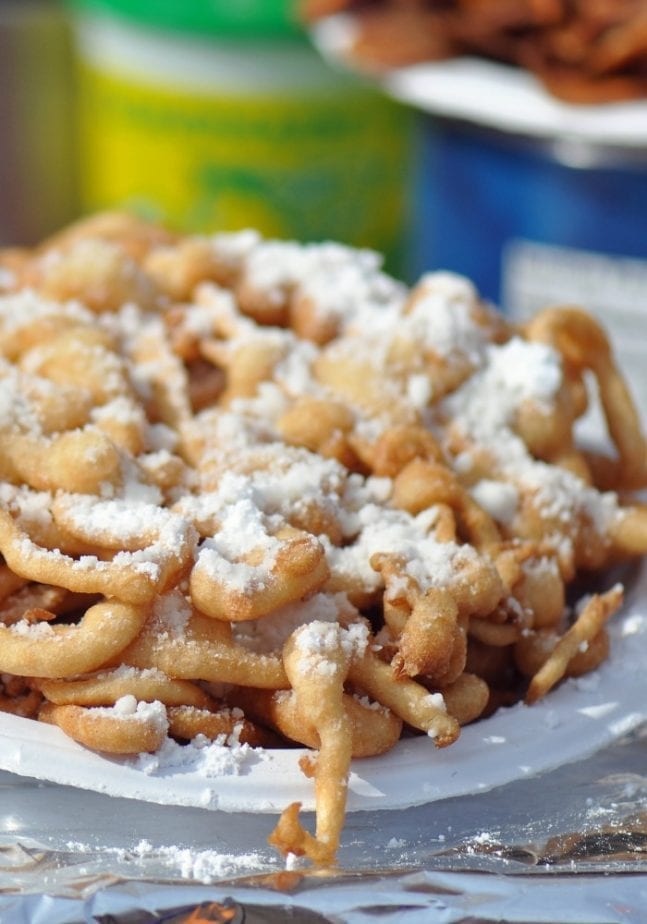