We live in a world where we are our own island, adrift in this ocean and sometimes we find others like ourselves we can group together with as friends, form a community and prosper. One of the great things about having people in your life is that, the really good friends, can call you on your crap when you’re spiraling, out of control, or about to make some truly awful decisions. But sometimes…it’s not anyone’s place to tell you or I what to do. 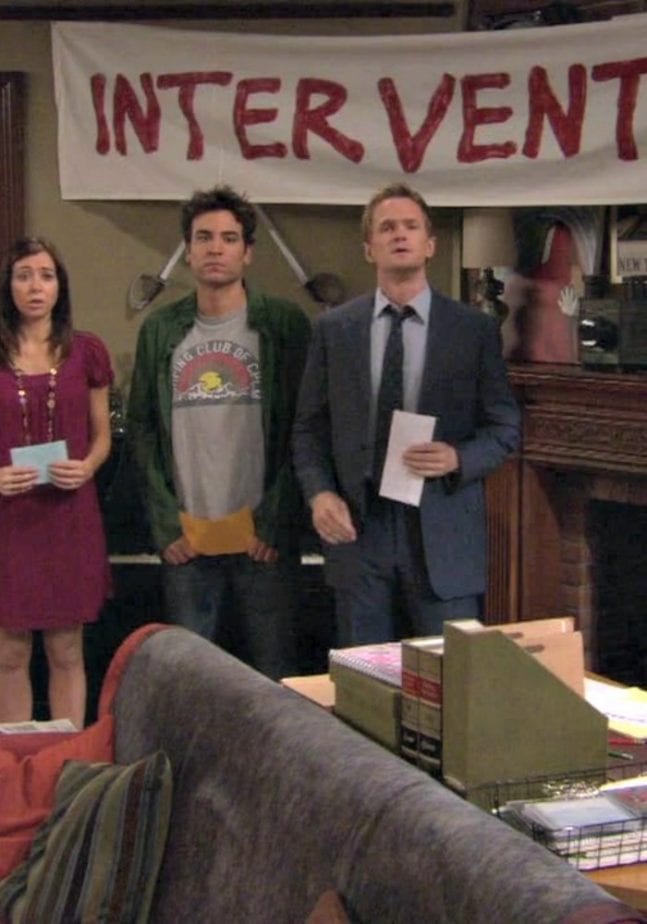 I’m not shy about the fact that I graduated from seminary. What you probably don’t know is that almost every semester I nearly got kicked out, and usually it wasn’t for something I’d done (I’m no saint, but this was too crazy). I was too naive to realize how strange and weird of a person I was for a very conservative school and how by simply existing threatened the standards that have been dug in for years. Thankfully the rules stated there had to be proof to kick me out, so I remained there until I graduated.

What I don’t miss…are the interventions.

In seminary these took on a few different guises. Genuinely concerned friends who saw a loved one doing something out of character or against the rules who chose to step in rather than report the person. These? I’m totally cool with. A lot of growth happens in those years and sometimes people need a helping hand. But other instances were not as… shall we say, altruistic.

I’ll never forget the day I was hanging out with a friend and a band of girls descended on her dorm room for an intervention. Because this girl had chosen to date someone who wasn’t going to school with us, and it was assumed he was a Bad Apple. I’ll never forget the accusations, the wild inferences and how much of a witch hunt that was. Or how I saw it again and again away from seminary.

I think back to my college friend and her boyfriend. Just because he was a stranger to the people on campus, they saw him as bad. What they didn’t know? He was a hardworking young man who’d assumed guardianship of his younger brother and sister, worked two jobs, played Dad and Mom, volunteered to help out homeless veterans in memory of their parents and somehow also managed to sweep my friend off her feet. He was a Good Guy. He just wasn’t someone these people knew. And honestly? They had no business giving her an “intervention” over him. ((The rest of the story? They got married, assisted both of the siblings through school and are now working for a humanitarian organization helping more people and seeing the world. Last I’d heard they were talking about adopting children and settling down.))

Sometimes we have people close to us that need help. They’re going through a hard time, they need to hear the hard things or someone to lean on. And sometimes, you or I? We’re just sticking our noses where they don’t belong.

There’s a fine line between helping someone and being in the way.

It’s a hard line to learn. But sometimes, sometimes our loved ones, the people we’ve accepted into our tribe, have to fall on their faces in the muck and mire to really get it. We see this with some addicts, they  have to hit rock bottom before they can get better. They have to learn how to do something for themselves, stand up for themselves, be a better person for themselves and all the “interventions” in the world won’t make a difference. They’ll simply prolong the learning curve.

There’s a set of life experiences you can’t hand anyone. There’s a lot to be said for letting someone learn things the hard way. And for those of us who love the struggling person, it’s hard. It’s really hard to watch them go through that, but it doesn’t help them (or me) to intervene. Because then they expect it, and when they don’t get that helping hand they resent you or the people who should have been there for them. The truth is, we all have to figure out how to cope in this messy world we live in, because sometimes those people we’ve used and abused along the way will have their own wake-up call.

So here’s to figuring out when to pull yourself up by the bootstraps and when to grasp that helping hand.