Yeah, not New Year’s.  Not just before swimsuit season or even in the middle of the Summer.

Right now. Well, maybe not right now, depending on what time you’re reading this, but close enough to now. Within 24-hours of now, at least. And I get it, you’re not going to trust some rando post telling you to get out there and shake your money maker, but I’m telling you…this REALLY IS the best time of year for a new fitness goal! 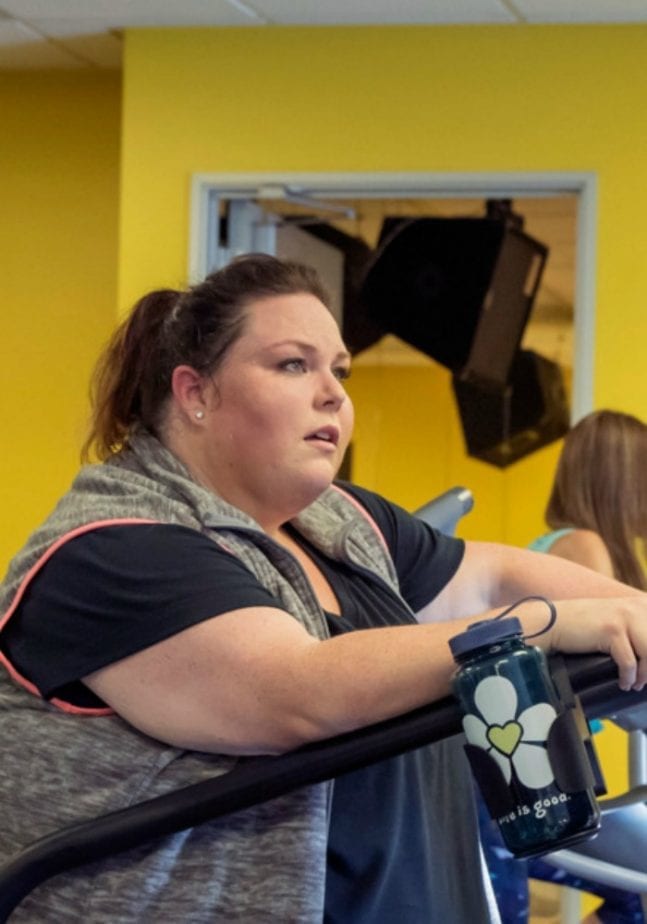 “Ugh, really?” you might say.  “There’s three food holidays (well, Halloween sorta) in a row!  I’m gonna eat so much!  It’s gonna be cold and rain a lot.  Plus, all the travel to see family means I’ll miss workouts/runs.  It’s not even worth it!”

“What?  How is that perfect?  I just told you I’m gonna screw it up!  I’ll probably have ten of Mom’s homemade chocolate chip cookies after turkey, mashed potatoes, casserole, and don’t get me started on the drinking!  I might get sick and miss a day or maybe more than that!  And I’m not running when it’s freezing outside.  No way.”

I’m speaking from experience.  I was an athlete in high school and college for three years.  I’ve been through the Fall and holiday season while playing competitive sports.  All of the above is true. You’re probably going to have a day where you don’t follow your diet and it’s not really your fault (Thanks, Grandma.  You too, Nana).  You’re more than likely going to get sick and have to take a day.  And yes, you’re likely going to get “into the holiday spirit” (you’re gonna get drunk) more than a few times.

Your crazy diet is more than likely going to fail during the holidays.  You’re gonna have a cookie.  Probably dozens of cookies.  It’s not realistic.  It’s okay to indulge a little, even a good amount. With exercise blended in, it’s actually a great little reward system.  “Well, I did my long run yesterday.  That turkey and stuffing have no idea what they’re in for.”

Go for it.  If counting calories means that much to you, use an app like MyFitnessPal to estimate the damage done and how much work it’ll take to burn it off.

But, this is a good thing.  You know why this is a good thing?  Because you’re anticipating road blocks that occur for new fitness regimens at any time of the year.  New fitness goals are a lot like getting a puppy.  It’s amazing at first and you’re so happy and you just want to tell everybody on Facebook about it and post a million pictures of you being happy.  Then comes the not-so-glamorous side of things. And if you don’t prepare for them, they quickly overwhelm you and you give up all together.  Failing to accomplish a goal is also extremely demoralizing in the present and could make you think twice about trying something in the future as well.

“Well, it could be butt cold outside!  My lungs hurt doing that.  I’m not gonna do that and even if I do, I’m not gonna be able to do that much.”

Fine.  Then do what you can.  In fact, it’s better if you start small.  Start with something you know you can definitely do. Sure, you can probably run three miles at a decent pace and you won’t be crawling in the final quarter mile.  And sure, you can probably do that “SUPER RIPPED MAX ABS AND BACK WORKOUT” from Women’s Health.  But after having done nothing for months, possibly years?  I hope you like being sore because that’s what’s gonna happen the day after.  Your new friend’s name is DOMS.  It’s not Italian, it’s Delayed Onset Muscle Soreness.  And then you’re so sore, you’re unmotivated to do your run the next day.  And then you’re missing your goal, then you feel like a failure and you’re back to doing nothing…starting the “I should start running again cycle.”

So yeah, it’s probably cold outside…start slow and accomplish reasonable goals.  Because everybody has a day where they accomplish none of their goals.  Even months into a training routine (it’s happened to me, man).  Literally none of them.  You’re sick, you couldn’t sleep last night, you’re having a tough time shaking off something that’s bringing you down.  And during the holidays, the chances of getting sick are higher, the weather is generally more lousy, and sometimes the holidays can bring a let down one way or another…which sucks worse when it seems like everybody else is diggin’ the Most Wonderful Time of the Year.

So yeah, this time of year has all the obstacles.  But, obstacles make you plan.  Anticipated setbacks keep you grounded.  Holiday food makes you more diet-conscious.  As Tom Hanks said in A League of Their Own, “The hard is what makes it great.  If it was easy, everybody would do it.”

Plus, come January, you can tell everybody “Oh yeah, I’ve been at this for a few months” and watch them marvel at your discipline.

I just quit my job that was sucking up my entire day and now I’m ready to get back in shape. This is the perfect time of the year to jump in to a routine because the gyms are empty and you have lot’s of time to find your groove.

That's generally true, I find. I didn't include it because I couldn't find any concrete data to back that statement up, but based on my personal experience, that's how I find it, too.