When I come home, I love being greeted by my dangerous pit bulls, they are so aggressive that they jump on me and lick me until I am covered in slobber. Afterwards, I have a pack that surrounds me with a hunger that won’t be satisfied by anything less than lots of love and I am at their mercy because they get their way (most of the time). Then to make matters worse, I am mercilessly chased by them throughout the entire house and no place is safe-not even the bathroom. Somebody, please save me from these wild animals who only want love and attention from their owners! 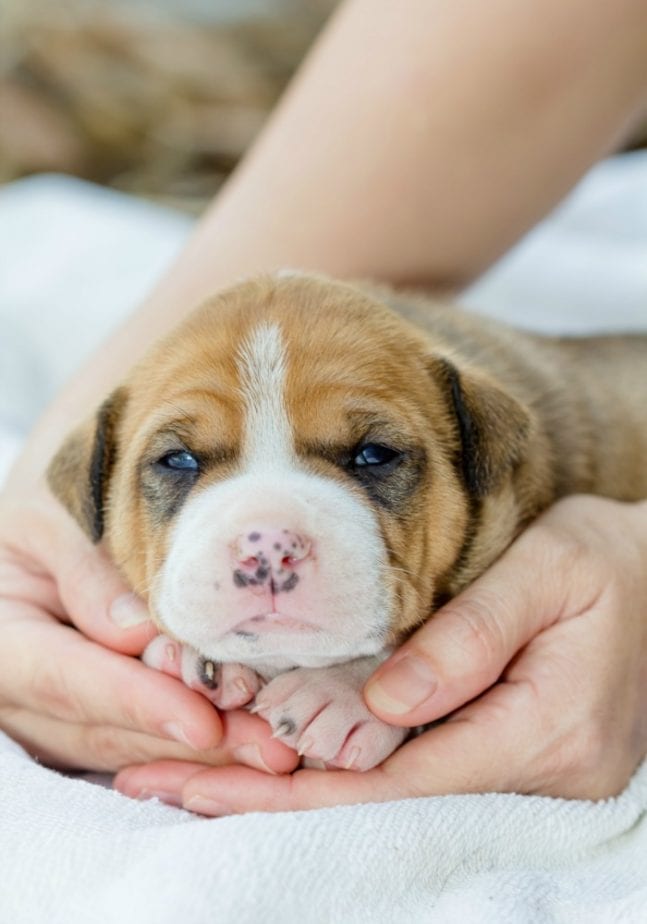 I Love My Vicious Pit Bulls

Here’s the truth: the world tends to view my dogs as a savage beast because of the way pit bulls are forced to fight against other dogs so their owners can make money from the sick display. While these dogs have been used by the part of humanity we are ashamed of, there is a chance to shift the opinion about pit bulls. Any owner of a pit bull will tell you all about the extraordinary love and connection that makes this dog crave the approval of their owner and will do anything to get it. I got to experience the gentle, loving pit bull rarely shown in the news when my husband adopted one to help me deal with the loss of my aunt. I remember that day so vividly, walking into the house and seeing that beautiful chocolate brown dog sitting meekly on the couch. His huge brown eyes connected with mine and seemed to pull me towards him, so I sat down, and started giving him “some lovin”. From that day on he was my Sam or Samwise Gamgee and much like his nickname implies, we had a special, unbreakable bond because we were both in pain (together). 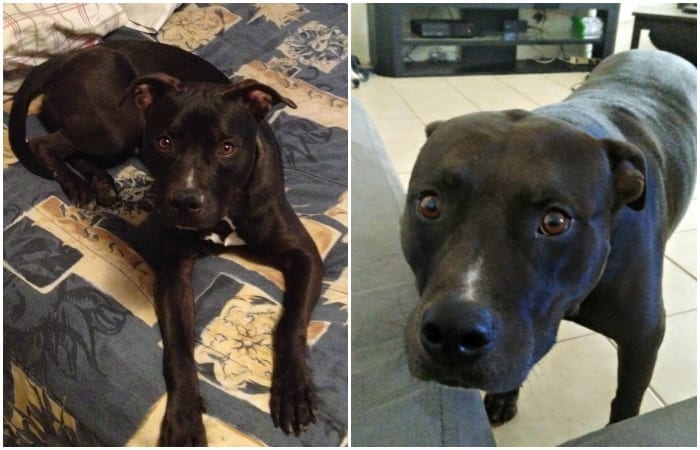 My sweet baby Sam then, and now…

I could tell that he had seen abuse in his past, but all he craved was human interaction. I barely moved from that couch all day except to eat and feed him. Later that day, my husband came home to find Sam in my lap a content look on both our faces.  As I bonded with Sam, I began to see there was not a mean bone in his body, but there was definitely a need for love. He had been neglected, underfed and possibly abused, but after a few months he began looking healthier and he finally started to accept that he had a home for life. Now all he needed was another dog to keep him company, a blue nose pit bull, with scars on her face and sings of continuous back to back breeding.

My husband did not plan on adopting her when he walked into Pet Smart, but his two daughters fell in love with her instantly because she immediately attacked them with kisses! While this might be surprising to some, pit bulls were once considered “nanny dogs” because of their temperament. It took almost the entire summer for Sophie to let her guard down and allow my husband to approach her without cowering or walking away. If he was standing next to the girls, she seemed more receptive, but you could clearly see the abuse in her past came from a man. Before long, we all grew closer, Sam finally let her sleep next to him, and she didn’t cower at all if my husband gave her “some lovin”. 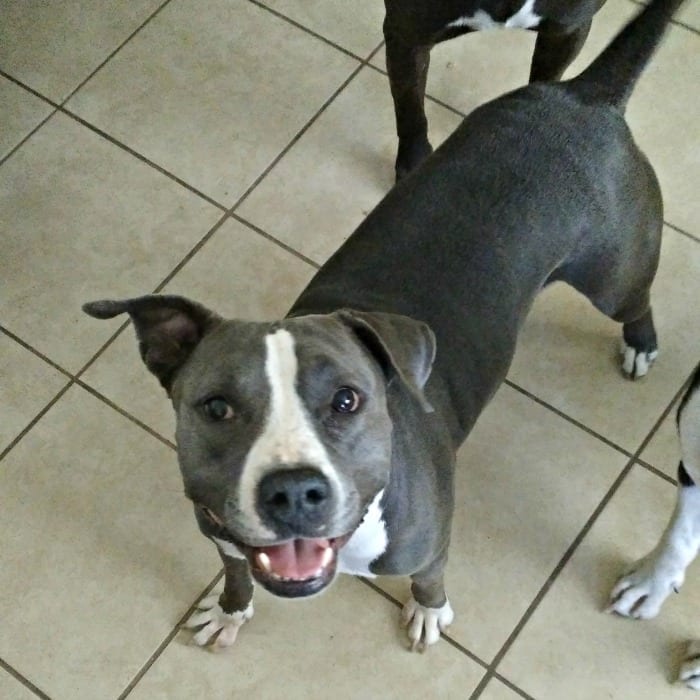 As a kid, I never had a dog and now there seemed to be some need inside me to fulfill that experience I was denied. My sister-in-law’s dog had just had a litter of puppies, a mix of pit bull and boxer; as soon as I saw the pictures, I had to have one of my own. I could raise this pit with lots of love and train him to be the exact opposite of the cruel savages the public thought of him. My husband brought him into work for me to meet him and I never wanted to leave work so badly, especially when this face is looking at you: 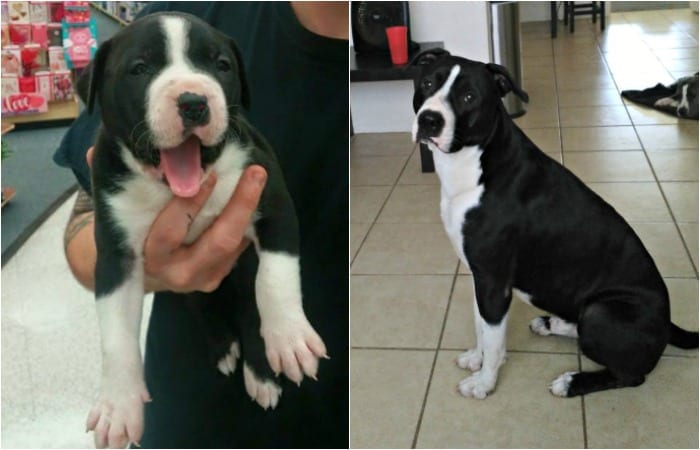 Although I stepped in a ton of puddles of climbing out of bed, I also got to see the pure nature of a pit bull from the very start. The needy, dependent, loving, cuddle monsters that these sweet dogs can be if they are given a loving home. As I watched Scooby grow into this gigantic puppy, I also witnessed his over eagerness to never get in trouble and the incredible amount of love he had to share. All three of our dogs have a special place in our hearts as well as each others. Before judging a breed for a small group of horrific situations, I suggest you stop by your local shelter and meet one of these incredible dogs. Or if you’re ever in the Phoenix area, my savage pit bulls would love to lick your face off!

Editor’s Note: This post is not intended to make light of anyone who has actually been harmed by any dog. Rather, it is this author’s account of how this breed changed her life in a positive way.