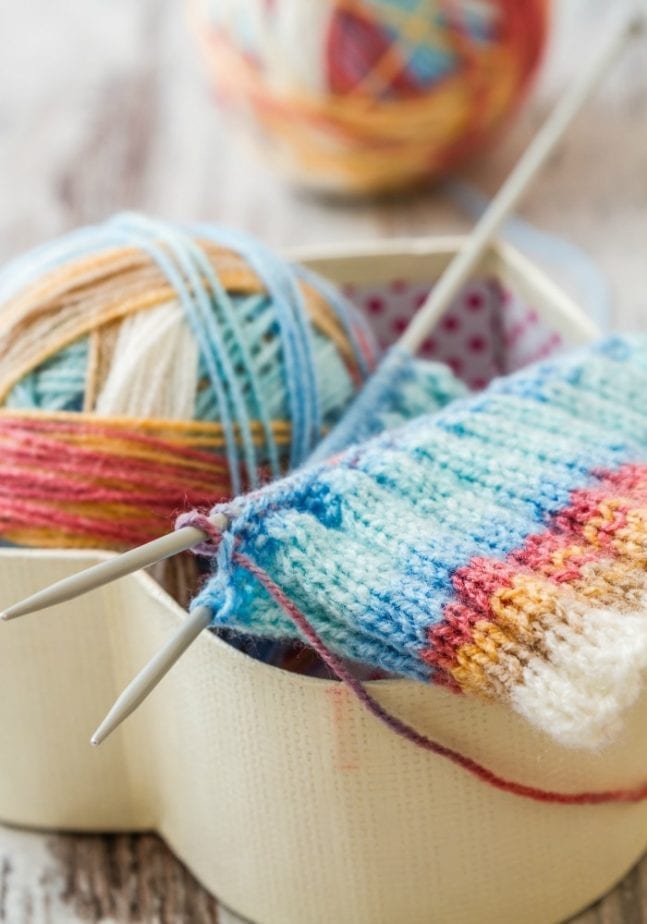 I come from a long line of knitters. I remember being at my grandmother’s house, and she would knit while we watched the Cowboys games on TV. The worse things would get for the Cowboys, the faster and stabbier she would knit. Some seasons she got an awful lot of sweaters knit in a short amount of time.

I learned from her, but every time I put the knitting down for a while, I’d have to relearn, and who has the patience for that?

Zen And The Art Of Sticks And String

Then came a span of three or four years when I spent a ridiculous amount of time in hospitals and doctor’s waiting rooms with one or the other of my parents. I never don’t have a book (or two or three) with me, but even for a bookworm like me, it’s sometimes difficult to keep the thread when you’re anxious in the first place and interrupted every two minutes to move to another room to wait.

So with a need for distraction, and long spans of time to fill, I picked up Knitting for Dummies, a pair of Clover bamboo needles, and some Red Heart yarn, and began to knit The Ugliest Scarf in the World.

The basic task is to make a loop of yarn and pull another loop through it. The tools are two sticks and some string. This shouldn’t be so hard.

Knitting is one of those things that is blindingly simple to do but requires that you be bad at it before you get good. The needles have a mind of their own, and your fingers have all turned into thumbs, and the stitches are like little yarny eels trying to slip off the needles the moment you’re not looking.

So there’s me: sitting by my mom’s hospital bed, “Knitting for Dummies” on the arm of the chair, needles in hand. My fingers cramped because I was clutching the whole thing so hard, and I knit so tightly I couldn’t get the needle point through the loop on the next row. I had to learn to relax my fingers. Once I did, I actually felt less like I was fumbling. Now I was just awkward. I started with just knit stitches, then I tried purl stitches, then I tried both on the same row.

My scarf looked like an anaconda that had swallowed a family of hamsters.

The next one was better. The one after that was not even embarrassing.

Everyone got ugly scarves for Christmas that year.

There’s something meditative about the rhythm of knitting, and that combination of practiced motion and continuous tension. It’s mindless and mindful at the same time. I can work a simple pattern and cogitate on the next scene of my book, or I can pick up something more complex and distract myself from thinking too much. And there’s a tremendous sense of accomplishment when you master a new technique and turn out something that looks like it was incredibly complex made from just sticks and string.

I think I like the last one the best—that something I made to keep sane will keep someone warm. 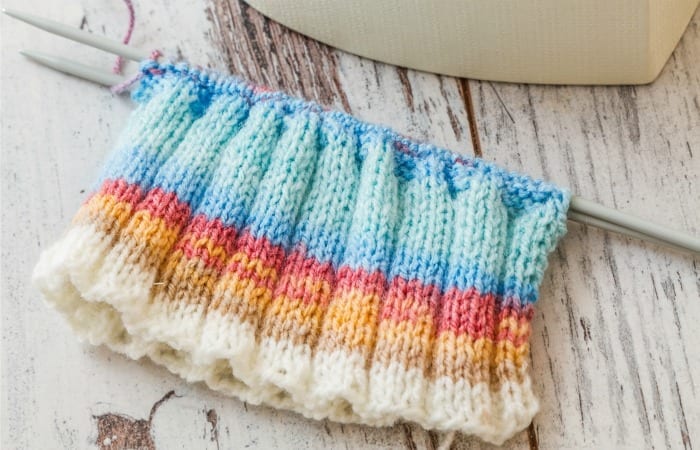 If you knit and would like to knit for charity here are some ideas:

Project Linus gives blankets to children in need. (They do quilts, too!)

The Red Scarf Project sends care packages every Valentine’s Day to foster kids to encourage them in the final stretch to graduation from high school or college. (Note that they only accept donations from September 1 to December 15 because of storage. But that might be about right for a scarf started now. 🙂 )

You can also check with your local homeless shelter, women’s shelter, or nursing home. I knit a lot of baby hats for the NICU at our county hospital to keep the little preemies warm. (Hospitals are more likely to have things they can and can’t use, so that’s worth finding out.)