Valentine’s Day is just around the corner, and while many on Twitter are bragging about their romantic plans or lamenting the lack of a date, these fine men and women know what we really want — to be entertained.  I’ve compiled 21 thoroughly wacky tweets about love, dating, and massive exasperation guaranteed to make you laugh. 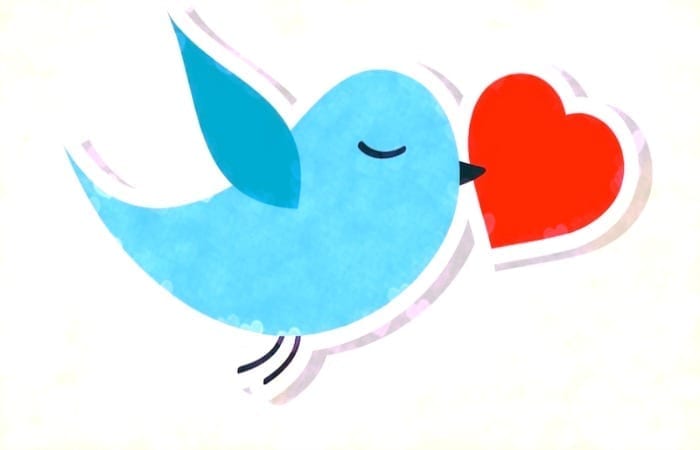 Wife: Why do the males still want sex if it kills them? I don't understand.

Me: I understand completely.

Human women don’t murder the males after sex, but every woman understands wanting to kill after a bad joke.

Wow, you forget to buy beer a few days in a row and suddenly your husband is offering to do the grocery shopping, my plan is working, guys.

A master strategist at work.

Her: *seductively whispering* in the mood for a midnight snack?
Me: *Oreo crumbs all over my face* I'm way ahead of you

I hope he shared.

I didn't need to be married long to know that I need to make ABSOLUTELY sure my wife is done before throwing away French fries.

Taking a woman’s food — even more dangerous than not sharing.

I wrote 'WILL YOU MARRY ME?' on a balloon. However, before I could propose…

-I popped the question

I hear the prices of balloons are going up.  It’s due to inflation.

Snack size is ONLY for stealing from children at Halloween.  Or buying in bulk while telling yourself you’re gonna ration it responsibly and then eating it all by bedtime.

[in bed]
WIFE: do that thing I like
ME: *goes and sleeps on the couch*

My wife probably tells me that I never listen to her.

Just make sure you get her full-sized chocolate.

Q: If a wrapper crinkles and no one hears it, you still have to share?
A: No. This is the number one reason to learn stealth.

On a scale of 1 to 10 how exhausting is it being married to me?
Wife: 11
OK, you’ll want to dial that up a notch when I show you what I did.

He threw out your fries.

Begs the question: did she see it there or does he leave things in the freezer that often?

Me: "Happy Valentine's Day; I made you a mixtape!"

Wow, he is almost too wild.

Such as the edge of the giant knife his wife is in the middle of cleaning.

DATE: Are you ok?
ME: Fine! All part of the seduction
DATE: But you fell-
ME: Sexily
DATE: & you're bleeding-
ME: Bleeding sensuously Steve.

Falling down is the new strut.

Relationship status: my cat won't sit still for our selfies.

No internet access.
No phones.
In the heat of passion they'll whisper the secret to apple butter.

Give a woman apple butter, it’ll be a nice snack.  Teach a woman how to make apple butter, and she’ll keep coming back to steal your recipes.  She’ll never make them, but she’ll be the new queen of Pinterest.

Wife: why are you smiling?

Me: I was thinking about you.