Gravity and I aren’t on the best of terms. We’ve had an ongoing battle for most of my life. And just when I think I’ve got the upper hand, gravity makes an appearance.

Usually this happens at the worst possible moment – like the time I face-planted (totally not my fault!) onto the pavement in the middle of a crowded sidewalk while wearing a fancy dress on my way to a concert with my husband. My knees looked like they had been through a blender, completely ruining the sophisticated look I was trying to achieve. Thanks for that one, gravity.

Most people would say I’m just clumsy, but I swear gravity is out to get me. Here’s my proof. 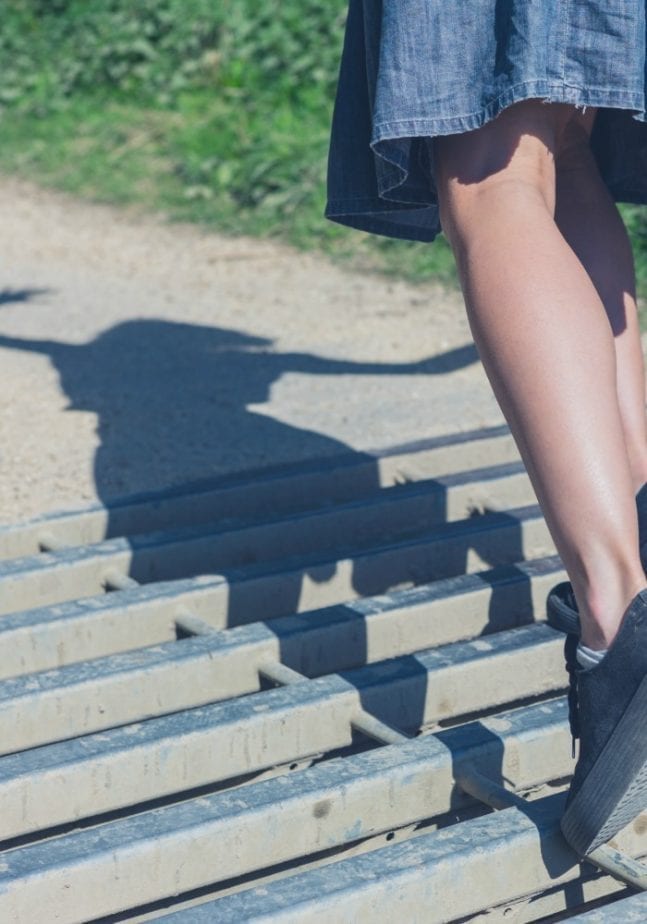 Three Times That Prove Gravity Is Out To Get Me

I was interning with a magazine in Harrisburg, Pennsylvania and on assignment at the capitol building to take some photos in the rotunda. I had climbed to the top of the grand, spiral staircase for a particular shot and was on my way down when the incident occurred.

I turned, stepped and I swear the stair turned to ice. My legs flew out from under me. I flailed, trying to grab at the slick railing without dropping any of my fancy camera equipment, but I was gaining momentum. My butt slammed against each stair as I kept sliding.

Then (Oh, dear God no!), I lost my upright position and felt myself starting to roll as I continued to bounce (almost literally head-over-heels) down those stairs until I finally hit the landing.

Oh, and did I mention that the stair were marble? I’m pretty sure I crawled down the rest of those darn stairs and limped out to my car after that. I was covered in bruises for a week.

It was a cool afternoon and had started to rain, so I decided it was time to go for a run (I have a weird love for running in the rain. If you haven’t tried it, it’s exhilarating). I was jogging past a pond when I noticed a lovely tree with branches that stretched out over the water.

Now, I love running in the rain, but I especially love a beautiful tree. This one had a branch that was perfectly horizontal with a notch right in the middle that looked like the ideal place to sit and dangle my feet over the water. It looked like something out of a fairy tale book. I could just picture myself sitting on that notched branch watching the ducks float by.

At this point, I was determined to sit on that branch. Plus it wasn’t very high, so getting to it would be a cinch…or so I thought.

I hoisted myself into the tree and carefully lowered myself onto the branch. I straddled it to make sure I had a good sense of balance. Then I, very slowly, started to shimmy my way out towards the notch. It was only about three feet or so away.

I made it maybe two feet before everything turned upside-down, literally. Even though I was nicely balanced, I started to slip sideways. Trying to prevent further slippage, I hugged the branch wrapping my legs and arms tightly around it

It didn’t work. I kept slipping sideways despite my desperate attempts to remain upright. In a matter of less than a minute, I had gone from perfectly balanced to hanging upside-down from this tree branch.

Dangling from the branch, I tried to slither my way back towards the trunk like a sloth, but then my feet slipped and straight into the pond I went.

And no, I never tried climbing that tree again.

Back during my college years, I studied abroad in England, which meant I got to travel quite a bit. On one weekend, my friends and I decided to explore one of the neighboring towns called Bourton-on-the-Water. It was adorable. We rode the bus back home at the end of the day, and when our stop came into view, I was the first in line to get off the bus.

There was only one step, one step between the bus and the pavement. Somehow that one step turned into a flailing mess of arms, legs and glass that the entire bus got to witness. I’m still not entirely sure what happened as I stepped off that bus, but suddenly I was falling face-first onto the sidewalk in what seemed like slow motion.

My legs scrambled under me to try and catch my fall, but that only propelled me forward…right into a glass-enclosed bus stop. I felt (and probably looked) like a cartoon character face-planting right into glass window. My head and face hit the glass first, then my arms, followed by the rest of my body.

At that point, I noticed the bus stop was filled with people who got to witness my face getting smashed up against the glass (you’re welcome for the entertaining show of embarrassment). Good thing that was pre-Snapchat and Instagram days or I’m sure that moment would be immortalized somewhere on the Internet right now.

To my friends’ credit, they asked if I was OK before bursting into hysterical laughter. I might have joined in with them if my head hadn’t been throbbing or my jeans ruined from the gigantic hole that had just been ripped into them from my landing.

So once again, Gravity: 3

But like I said, it’s an ongoing battle, and if gravity didn’t exist, none of this ever would have happened. Then maybe part my dignity would still be intact.

Thanks for the entertainment... I mean the reading of course. Love the inserts in your blog!