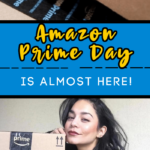 You need to clear off your credit cards and get them ready, because Amazon Prime Day is just around the corner!

We just had Amazon Prime Day in October — a little later last year, thanks to the coronavirus — but it’s happening in JUNE this year, and I can’t wait!!

Are you an Amazon Prime Member? If not, you need to be!!

This sale is only for Amazon Prime Members, and they look forward to this two-day event every year, because there are so many freaking fantastic deals.

I’ve said it before, and I’ll say it again — it is NEVER too early to start your holiday shopping!

Get in on the awesome Amazon Prime Day deals, and just put the gift in a closet until the holidays are upon us.

Who is eligible to shop the Amazon Prime Day deals?

ANY Amazon Prime Member can take full advantage of the crazy good deals that they will post during the shopping event! If you aren’t already a Prime member — stop what you are doing, and go sign up.

What kind of deals can I expect on Amazon Prime Day?

According to GameSpot.com, if Amazon Prime Day is like last year, there are four different kinds of deals, and you should get your typing fingers ready for ALL of them, because they are amazing and they go FAST!

Get out your day planner and circle June 21st on your calendar in BIG red letters, because you are NOT going to want to miss out on this event!!

Amazon Prime day is going to run from midnight on June 21st until June 22nd, and the deals go FAST.

Go ahead and get the day off work, so you can spend the day sifting through the massive amount of sales they will have going on! LOL!!