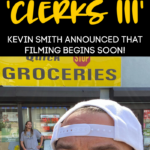 Wow, I remember when the first ‘Clerks’ movie came out, that was like nearly 30 years ago right?

Kevin Smith just posted on his Facebook that Lionsgate gave him the best gift he could ever ask for… the money to make another sequel to his debut film.

CLERKS III SHOOTS NEXT MONTH!!! There is a line in the Tao that goes… “To be great is to go on. To go on is to go far. To go far is to return.” My birthday is August 2. And @lionsgate just gave me the best gift I could ever ask for: the money to make another sequel to my debut film! Dante! Randal! Jay! Silent Bob! Becky! Elias! Veronica! Emma! The characters from both Clerks and Clerks II return with me to the scene of the crime at the little store that started it all

Yes, Leonardo’s legendary Quick Stop Groceries and crew are coming back to the screen!

In the story this time, I give Randal the heart attack that almost killed me. But rather than succumb to the reality of middle age, Randal rages against the dying light by telling the story of his life in an indie film he shoots with his fellow clerks at Quick Stop!

Lionsgate has acquired the worldwide rights to ‘Clerks III’, and it is currently in pre-production in New Jersey.

It took awhile to get here and oftentimes it felt like we’d never enjoy this moment. Passion is key to any creative endeavor, but patience and persistence are just as essential. And now, for the first time since the first time I ever made a movie in 1993, I’ll be shooting an entire feature film in the cradle of civilization – the great state of #newjersey!

Kevin Smith posted to his Facebook that filming will start next month and I am super excited about this!

The screenplay is written and he will also be directing the new film.

He has stated that all major cast members are reprising the original roles including:

We will be sure to update you as we learn more details, but for now, you can visit Kevin’s Facebook post! 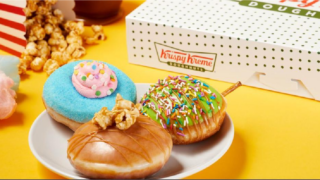 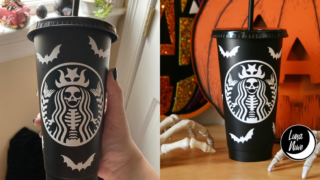 Next
This Starbucks Inspired Matte Black Skeletal Mermaid Cold Cup Is At The Top Of My Must Have List
Click here to cancel reply.