Recent polls have suggested that at least one baby is born every day, so if you are a brand new parent, keep on reading, this is for you. If you are already a parent then I also want you to keep reading, I need the hits. Most of you good folks are bringing home a 7 ½ pound little wonder. She’ll eat what you feed her. She smells like baby powder, optimism, and just a little bit of poop. She’s magical. But some of us have brought home a monster. She howls like a wailing banshee in the dark of night and light of day. Does she cry when you walk in the room? Yeah, that’s because she hates you. Your baby is horrible. If she could talk she would probably call you fat and complain about too many foreigners in the neighborhood. Life is hard when you’re those other parents. You are not the one who brought home a 7 ½ pound wonder. You are the one who brought home a 7 ½ pound asshole. 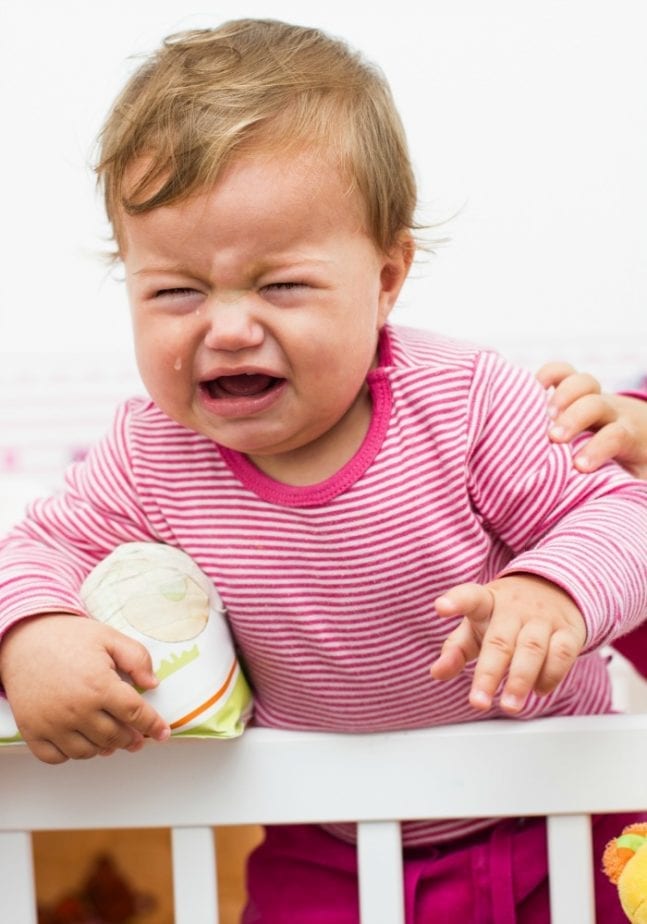 So Your Baby Kind Of Sucks? I’ve Been There

My wife and I were spoiled by our first-born. He was a great baby. He smiled and cooed. He would roam around the house and laugh at absolutely nothing. He was so easy-going that I couldn’t believe that anyone would have a hard time raising a kid.

Then number two came along.

My daughter was a terrible baby from the moment we brought her home. Imagine a Nightmare On Elm Street movie where the protagonists are trying to not be murdered by Freddy Kruger while at the same time trying to teach Freddy to roll over. I was stuck all day with this shrill monster and it was my job to actually keep the monster alive. That was my life. She was a scary baby and that’s saying a lot coming from me. I’m considered the toughest guy I know on my Clap Your Hands Say Yeah fan page.

Like a little Chelsea Handler, she was unpleasant and wouldn’t shut up. She cried incessantly. You could try to hold her, but she didn’t take well to affection. My love pissed her right off. Even at nine months she would fight and struggle to get away from everyone. She would violently lash out for the face like a drag queen at a wig sale. The only thing that made her happy was food. And happy isn’t very accurate. More like satisfied, like how an Old Testament God wouldn’t slay all the first-born children if he were given a top-shelf goat. You never felt safe, just lucky to back away from the altar, or in my case, the highchair alive.

Have I mentioned that she hated fun? When I think of having a baby, I think of playing. Who wants a baby that doesn’t play? Spoiler Alert! My daughter didn’t like to play, either. She didn’t find any joy in all that blocks and stuffed animal nonsense. She didn’t want to move. She wouldn’t grab a ball or pick up a toy. Her lack of movement got so bad that the state of Texas brought in three professional physical therapists that specialized in babies and even they concluded that our daughter had perfectly fine motor and mental functions. She was just lazy, so extremely lazy and unpleasant that the government threw up its hands and said good luck.

Over a year in and I didn’t know how I felt about my daughter. Honestly, I really didn’t like her. My son would cup his hands over his ears and cry for her to stop screaming. Sometimes I would send him to my mom’s house so he could get a break from her. But I didn’t get a break from her. I was the stay-at-home-dad; breaks are not in the job description. Confusion, fear, and a deep sense of failure, unfortunately, are in the job description.

Then one day, I’m at Starbucks. I casually mention to the manager that I was having a rough go with my second kid and she told me she had the same problem. She said that her daughter was a horrible baby until this one day she just stopped. The kid was six years old and a wonderful, loving child. It gets better, she said. And it did. It was like turning off a faucet. I don’t know when it happened, but my daughter quit sneering and crying. She began to smile. She laughed. She became adorable. Now, she’s seven and she’s perfect in almost every way. I’m honestly not sure I had anything to do with that.

You don’t have to spend a lot of time looking through parent blogs or hanging around message boards before you come across a parent who is confused and upset about the hellspawn they’ve brought home. “What am I doing wrong? Why is this happening? I’m so depressed.” I see it all over the place. The truth is that not all babies coo, not all babies are a bundle of joy. The truth is that some babies just suck. But it gets better. That might not mean a whole lot right now while your one-year-old has wrapped her snot-crusted fingers around your hair and is screaming in your ear, but if you can read this through your tears, it truly gets better. Until that day comes, good luck and go take a long bath. You’ve earned it.

Its good for us to know we are not alone. My second baby was so hard and he didn't even let us hold him he would just cry all the time. Not being able to hold your baby is just messed up. He is ten years old now and I still struggle with a lot of his behavior despite all my efforts. Maybe we never bonded. Who knows? Im glad your relationship with your little one worked out. Thanks for the encouragement.