Over or under is probably one of the hottest debates in households around the world. Marriages have ended over this debate; empires have fallen. Rumor has it even the president and first lady of the United States have their differing preferences regarding this (no, not really, I’ve heard no such rumor…but wouldn’t that be interesting?). Charmin once ran a campaign in which people voted for their preference (over), and turns out, according to a poll, that most celebrities and business people pick over. 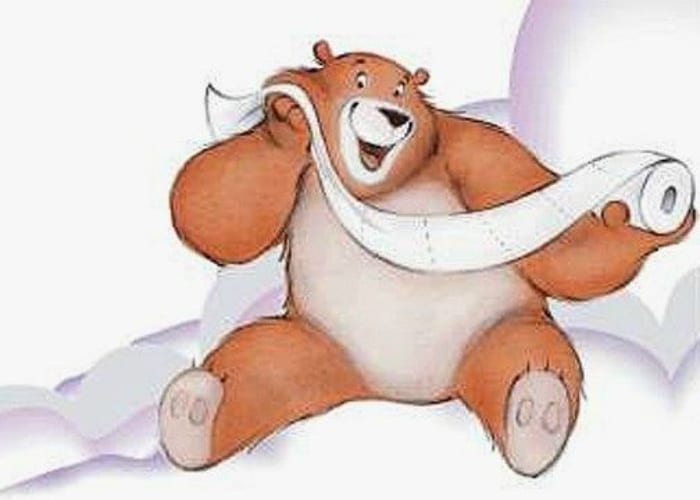 Yet, people with cats and those who are just stubborn will argue that under is truly the only way to go.

Those people are wrong. Or at very least need to just start closing their bathroom doors.

But before we get to the cold hard facts of it, or, I suppose, soft, plush facts? let’s consider this: The Lethal Weapon 2 Argument.

In the movie Lethal Weapon 2, there is a scene in which Danny Glover goes to wipe and as he unravels the roll, the word BOOM appears. The roll is over.

Had the roll been under, Danny would never have seen BOOM and he would have died. 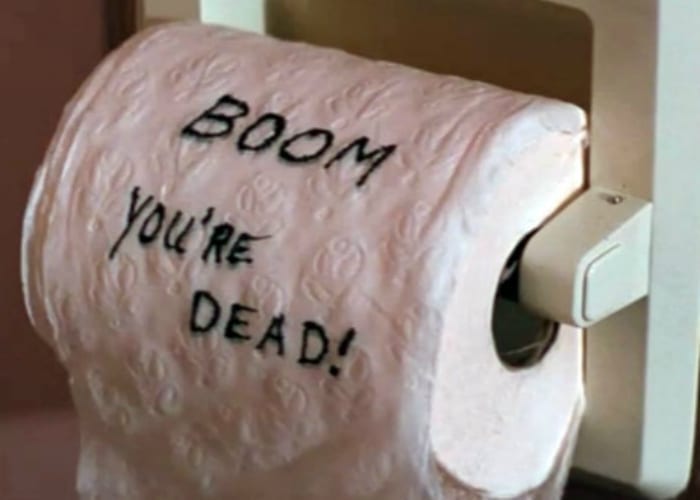 Why would you under people want to kill Danny Glover? What is WRONG WITH YOU!?!?!

So now for the facts:

In September of 1891 a man named Seth Wheeler applied for (and was granted) a patent for the toilet paper roll. His whole intention was to create a roll of paper that had segmented parts that could be ripped off, in order to prevent the wasting of paper as people did their ‘thing.’ 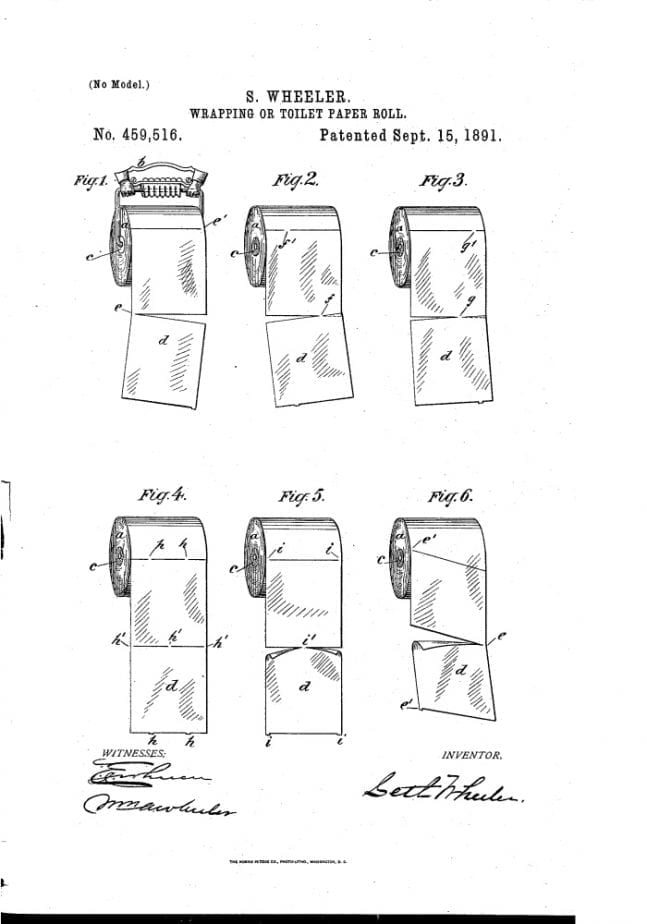 Now, as you can see, this image provided by Mr. Wheeler clearly shows the paper in the over position.

And proving that under people are just wrong…or, need to shut their bathroom doors to keep the cats out. 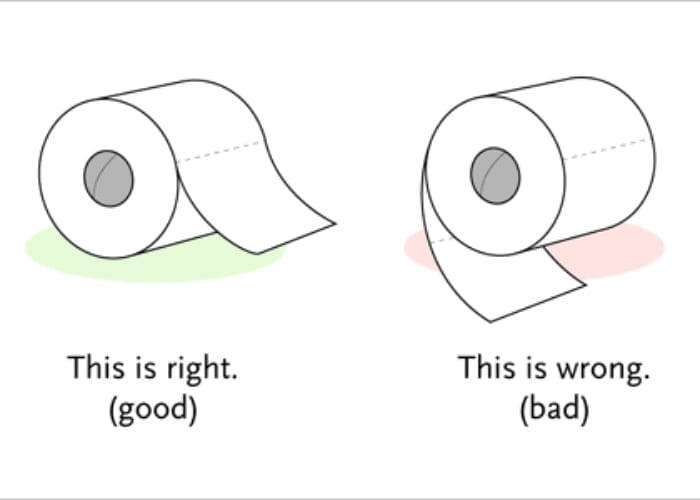