I, like a lot of people, heard about Target’s decision to have inclusive bathrooms and thought, about time! But then I saw that more than half a million people are boycotting Target and I was angry that so may people couldn’t understand the true danger and fear trans people (and alternately gendered people – people who maybe don’t look exactly like their gender and often are mistaken for the opposite sex) face when using public restrooms. I was angry for my friends who have faced their own issues in simply trying to use the bathroom in public. Angry for my friend ‘Mike’ who had been sexually assaulted in a public bathroom while transitioning from female to male. Angry for my friend ‘Tina’ because she looks more male than female and has been shamed and even escorted out of the women’s restroom before. I didn’t understand that the people who are upset about this decision aren’t worried about my friends. They’re worried about so much more… 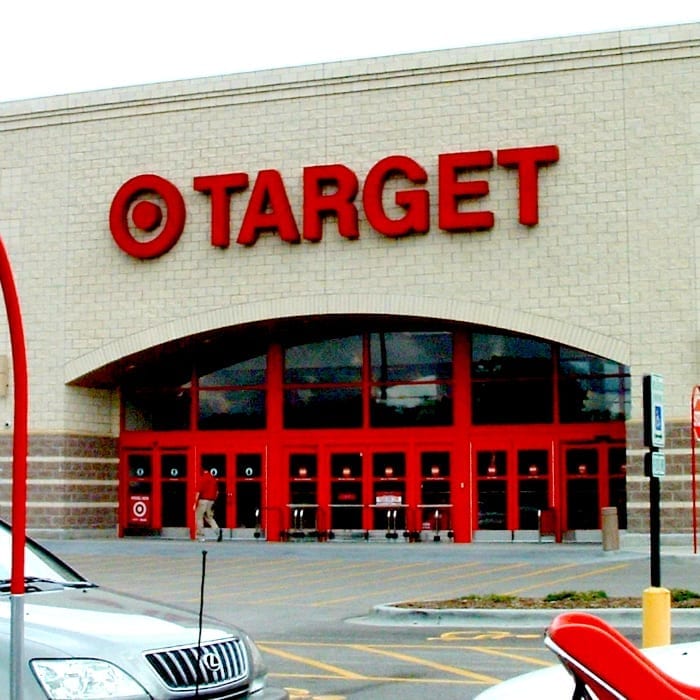 See, we live in a time where we don’t talk to the people around us anymore.

We live in a time where neighbors feel more comfortable calling animal control about a barking dog than simply knocking on their neighbor’s door.

We live in a time where there is a real fear of gunmen in public places.

We live in a time where we are so disconnected from the people around us that going out to dinner often means sitting at the same table, but everyone staying on their cell phones instead of talking.

We live in a time where one in three women are sexually assaulted in their lifetime; and, one in seven men.

We live in a time where one in two transgender people are sexually assaulted in their lifetime.

It’s easier for people who are scared to isolate something they feel they can change (who gets to use a restroom) than face that which they feel the can not (the fact that we live in a scary, scary time).

So I’m sorry. When I first heard about Target and what was going on, I immediately focused on my friends and completely ignored the people who truly are scared.

So to you all – to everyone who is scared about what this decision means and are truly concerned about what could happen to your families, your children, your sisters, brothers, friends, neighbors…talk about it.

Don’t hold it against transgender people that you’re scared. You have a right to be scared – but you have to realize what you are truly scared of.

See, you’re thinking right now about the cases of people dressing as women to enter public bathrooms to commit heinous crimes, but those aren’t trans people. Those were sexual predators. Criminals.

And the truth is, most sexual crimes aren’t even perpetrated by strangers in public places – most are perpetrated by people we call ‘neighbor’, ‘friend’, ‘dad’, ‘auntie’.

So while it might be easier for us to hide behind our screens and argue on Facebook or some other social media, things aren’t going to change until we start actually talking about what’s going on.

Because it isn’t transgender individuals you’re truly scared of – it’s the fact that we live in a time that is so uncertain that hiding behind our devices truly feels like the only safe way to live.

*my friends names have been changed to protect their anonymity

It's not about being chicken and hiding behind Facebook. It's that why do I now have to be worried that a peeping Tom will be allowed in the bathrooms and there's nothing I can do about it because it's perfectly legal for them to be there. I have two young sons and won't be shopping there anymore. I laughed when Ted Cruz said men don't belong in the same bathroom as little girls, not cuz it was funny, but because why does anyone need to say such an obvious thing. Are we so deceived and stupid that someone has to say that. We as a nation, have lost our minds.

My side has nothing to do with transgendered people, they're there already have been / will be. And all this birth certificate crap-like anyone carries that around with them- who's going to stand there and ask for it... This whole ordeal like so many others in the news is just promoting hate instead of helping ease it. My issue totally is an open door policy on pedophiles (yes I know statiscally some one you know/close to you) and especially human traffickers. I am fully aware they are already there, I'm not an idiot. First off so many people are so oblivious to their surroundings already and are wrapped in their bubble they don't realize these people are already there. And secondly my concern is I travel all over the US, and now have a young son who I have to protect, but is also my biggest distraction- as well as any other parents caretakers. I feel I can take care of myself-although having my husband who alreay keeps an eye on who go's in/ is around the area helps, and vice versa for him. Now the especially human traffickers can waltz right in where ever they want even more freely then before and no one can speak up about it. If some one suspisious does get called out the person that calls them out can get sued or some bs for infringement of character or some other crap. Blurring the lines which are already so screwed even worse. Schools. Gyms, clubs, ect. Not just guys going for girls but the crazy women out there for men/boys as well. They are giving an opening for a lot more crime to happen and now more so against those who are trans because of all the radicals against them calling them out. The people who already do these bad things obviously aren't worried about being caught already and now will be given even more lead way to hide behind the new laws. I grew up knowing there are two sides to every story, not everything is black and white to read between the lines, and everyone is entitled to there own opinion, but that there must be distinction between right and wrong once you scew those lines your on a slippery slope with a long drop ahead of you. I fear for the hate filled world my son is going to grow up in, not that there has ever been a time of pure happiness

It's far greater than a transgender issue. Perpetrators don't even have to dress up to look like the opposite sex. They can go right in. Target just created a playground for them. There is no way myself or my children will be participating. As far as the transgender issue, I do not support a policy that caters to a small group of society and infringes on the majority's privacy. It's simply ridiculous and I hope Target quickly sees the damaging effects of their "progressive" policy.