You might not know this, but blogs aren’t always written in order. You might get a kick butt Arbor Day blog idea, but Bastille Day is just around the corner. What are you suppose to do? Post one holiday’s blog the same time as another? That would be stupid. Plus, I hate how Big Arbor Day dominates all the other holidays. Keep the Bast in Bastille Day, I always say. So you write the Arbor Day blog and make like Fonzie and “sit on it” until the time is right.

I had written the most amazing, mind-blowing, life-changing blog back in October about how it’s okay to hate your family during the holidays. Not like you’re wife and kids, but the extended family. 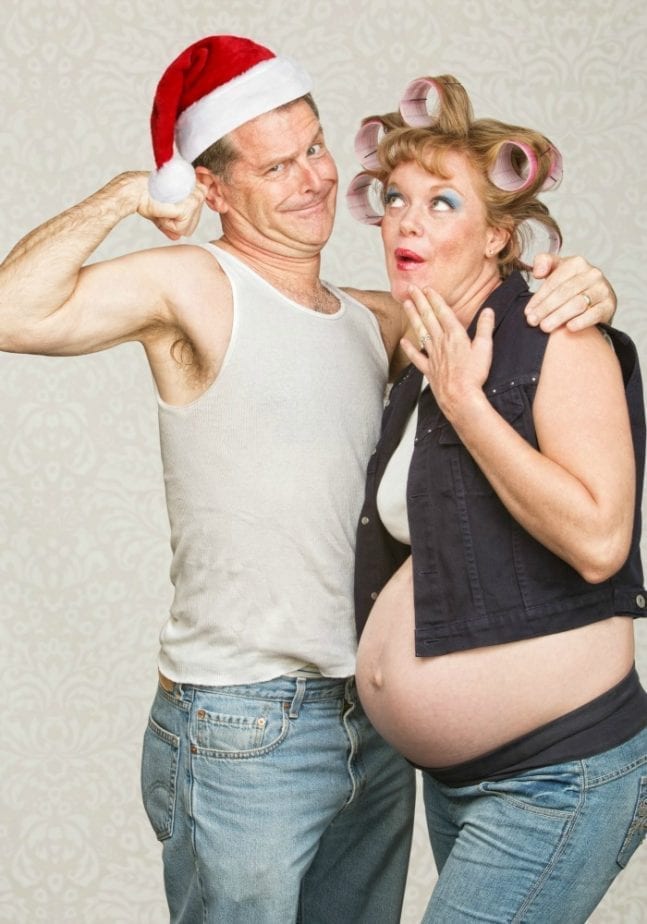 It’s Okay To Not Hate Your Weird Relatives This Christmas

I have an aunt who loves two things: Jesus and shouting at people who don’t love Jesus. Now, I love Jesus, too, so you would think she wouldn’t shout at me. Big mistake! She will yell at me because I don’t get mad when people tell me they don’t believe in God. Keep in mind that about 80% of my friends are commie-loving atheists. Okay, I don’t know about the “commie-loving” part. I love my aunt, deep down she’s probably a good person, but I can’t stand being around her for more than twenty minutes at a time. Oh, and she recently had a stroke so she forgets words. Now you have to sit there for two or three minutes in silence while she tries to remember the word “dingbat” or “knucklehead” when ranting about why the utility man is going to hell because he replaced her old gas meter that wasn’t charging her the correct usage per month. And we all have that cousin who smokes just a little meth, right? I have a cousin who recently went to jail for cooking meth because he went to a CVS and literally tried to buy all the cough medicine in the store. He rolled up to the checkout counter with a shopping cart full of syrup, and guess what? That shit happens to be suspicious.

I always thought it was okay to put some distant between those folks. It’s not that they’re bad people, just a pain in the butt. Why waste your time with them? Who needs family? And then the election happened. Sweet Christmas! Who could have foreseen the complete meltdown of polite society after the election? I have lost one of my best friends over it. I was the best man at his wedding and I was there when his daughter was born. Poof! All gone. Just like that. A lot of people I really respected I no longer consider to be good people, and I’m sure that goes both ways. And then you’ve got clowns like the monotone Frankenstein-like actor, Michael Shannon, encouraging people to cut ties with their parents and family because of whom they voted for. What a scumbag.

So much hate floating around.

It’s suddenly hit me that my blog about not inviting your family over for the holidays was meant to be a joke, but the joke isn’t funny anymore. Hating your family has now became encouraged. I can’t let that slide. I’m like Scrooge on Christmas morning. I take it all back. I’m a changed man!

I’ve got to love my family. That meth-head cousin? No problem. Just hide the good silverware. In fact, I should go check it now because I bet I’m already missing the spoons. My dad has a new wife. So what? I bet she’s got a good heart even if, by the amount of booze she’s drinking, she doesn’t have a good liver. And I know that I’m a complete failure in my mother’s eyes even though I’m the one son NOT in prison, but that woman adores her two grandkids and don’t they deserve to play with their grandmother?

There are so many reasons to not want your family around for the holidays, why pick just one? They’re horrible people. At best, they’re annoying people. But they’re also people who loan you money to pay the mortgage when work dries up. They’re the ones who know a guy who can fix your car on the cheap. They also make the best deviled eggs.

Family is good and bad. Family is anger and laughter and joy and so much misery. Simply put, family is life, and I literally wouldn’t be here without it. Plus, if you think about it, to them YOU might be the weird one.