If you’ve seen that meme about someone drinking and Priming (Amazon Prime that is)… that’s me. It’s not my house, but I’m that person.

Can it be ordered online? Can I schedule a pick up and never have to go into the store?

Which is kind of funny since, yanno, I’m an introverted-extrovert. (Yes, we are a thing.) But seriously, shopping in general brings out the worst in people.

As is always the case, it’s the day before Christmas Eve… and we had to go out for something. 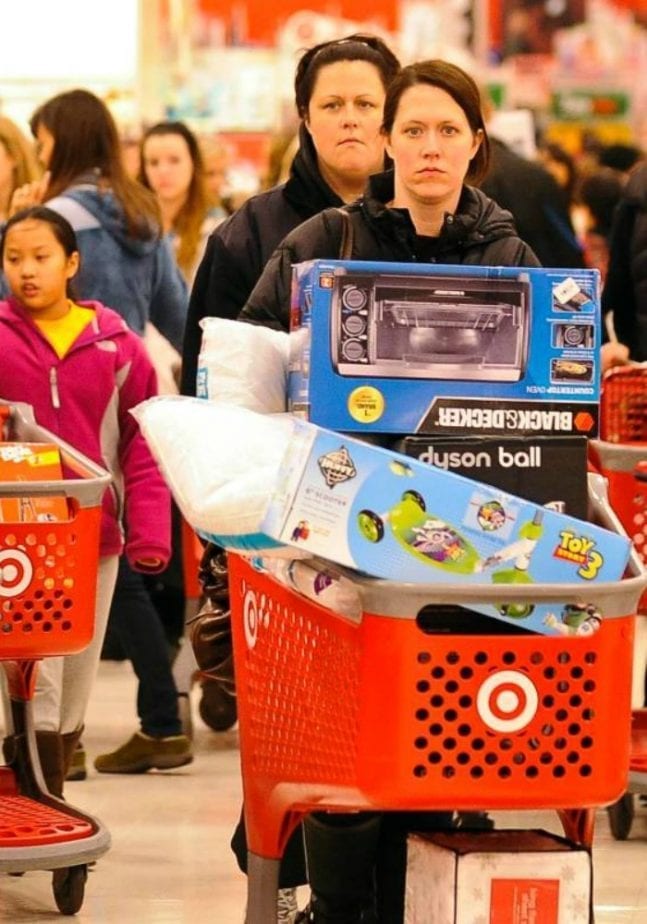 First, it was just fancy coffee at Central Market. This is one of those items we can’t get delivered along with our gourmet root beer. I’ll make in-person appearances for the important things, you know?

During the forty-five minutes inside the store I was rammed with buggies and bashed in the head five times. I still have a lump on my head. This is from other shoppers, no fault of the store.

After that I made an online order for food so that we won’t have to make a trip out until 2017.

Then tonight we had to run out to get a gift to cover for a friend. Not a big deal, at least it shouldn’t have been.

First, parking this time of year is crazy. We parked, and then got chewed out for “taking” this lady’s parking spot way out in the middle of nowhere. (Hey, we had to get distance on our Pokemon Go game. Eggs to hatch and all that.) We were not close to anything. The space was not convenient, and yet… conflict.

We spent a good hour or more just standing in line watching people cut ahead of us. Again, I swear if we could have gotten it delivered in time I’d have just ordered it.

I’m all for supporting our local businesses. We’ve gone to our game and comic store once or twice a day for the last eight days straight to snag daily deals. But this kind of ram your buggy into people, chew out random stranger? This is why we chose to skip this holiday season. Because it’s not about stuff or decorations, it’s about people. It’s about spending time with those you love and not who can give the better present.

So yeah, next year I’m going to order Christmas stuff in July so we can 100% skip the madness.