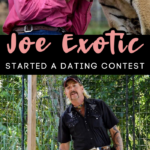 It’s been awhile since I’ve seen the Tiger King in the news, so you better bet it’s going to be something a little kooky or crazy!

Joe Exotic is currently going through a divorce with Dillon Passage, which was revealed through Dillon’s Instagram. They appear to still be on good terms, but from what I’ve seen, Joe isn’t one to stay single long.

Although he is still in prison, Joe is set to have someone as a partner by the time he is released. And he’s used to getting what he wants…

According to a news release, Joe Exotic’s criminal attorney “is confident that, with all the new evidence that has been obtained proving conspiracy, obstruction of justice, perjury by federal agents, and witnesses, in addition to prosecutor misconduct and the federal judge being a long-time friend of one of the main witnesses in Joe’s case, that he will be freed by the end of the year, if not sooner.”

Joe took to Twitter stating, “If anyone has a gay friend or a friend that’s not out but would love a date with Joe Exotic upon his release, get them on Bachelor King! Yes straight guys are welcome too! Details at http://JoeExoticUSA.com.

So what is this ‘Bachelor King’? “The Bachelor King” contest is open to men over 18 years old who are interested in being the “next romance in Joe’s new life,” according to the website. The top three men chosen will be given a four-day, three-night all-inclusive paid getaway with the Tiger King once he’s been released.

“I have been through hell in three years and I intend on making my new life something I have always dreamed of and I want to spend it with someone that can take a relationship serious and be in love and enjoy this ride, and make this about us as a team, not just me or the man I choose to carry on with. I want to share this with someone great,” said Exotic.

As of now, this contest is only for men, but the Tiger King says he’ll hold another contest for ladies following this one.The deadline to apply is Sept. 25, 2021. Winners will be announced on Oct. 6, 2021. 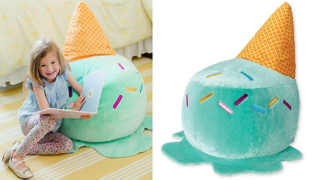 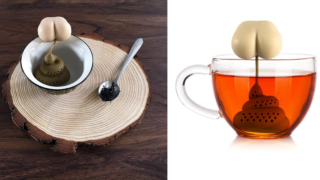 Next
You Can Get A Butt Tea Infuser That Is The Perfect Gift For The Person Who Loves Butt Jokes
Click here to cancel reply.