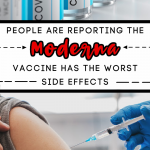 There was a study done that shows which mRNA coronavirus vaccine gives you the worst side effects, and I’m curious to know what YOU think.

Raise your hand if you are waiting to get your COVID vaccine!!

Now, raise your hand if you have already gotten it, and lived to tell the tale.

I’m still over here trying to convince myself to get on the waiting list, because I’m so afraid of the side effects — I can’t make myself go get the dang shot.

So, there was a study done that had people reporting that of the 2 different mRNA-based 2-dose vaccines Moderna had more side effects than Pfizer.

How exactly did they gather the information for this reporting?

It’s a text message-based program designed to track side effects in vaccine recipients.

With BOTH shots there were some common minor side effects that may be just a tad bit annoying, but they are manageable.

After the first dose of the vaccine, the reactions from the vaccine were just about neck and neck, with Pfizer pulling in about 3% more of the reported side effects.

But, once individuals got the second dose, that’s when the gap between Pfizer and Moderna started taking place.

Reactions after the second dose of both vaccines included things like headaches, chills, fever, pain in their joints, and just feeling icky — kinda like having the flu.

So, which vaccine gave the worse symptoms?

A greater percentage of participants who received the Moderna vaccine, compared with the Pfizer-BioNTech vaccine, reported reactogenicity.

What in the world is “reactogenicity?”

It’s just a fancy word that means they got the expected side effects (fever, chills, etc.)

Why is this? Well, it could be because the Moderna vaccine has 3X more of a dose than Pfizer.

So, you just have to decide which is better for you: a stronger dose, or more severe side effects.

Let us know about YOUR side effects in the comments. Were they bad? Were they a piece of cake? 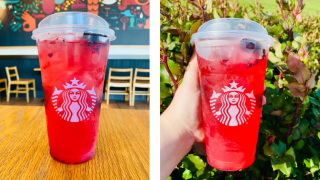 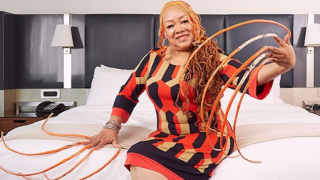 Next
The Lady With The World's Longest Fingernails Gets Them Cut After 30 Years
Click here to cancel reply.