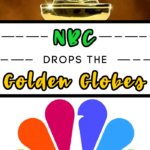 NBC dropped a major bombshell on Monday regarding the Golden Globes.

The National Broadcasting Company has hosted, and aired, the Golden Globes yearly for the past 25 years — BUT not this year!

See, the Hollywood Foreign Press Association is the group behind the Golden Globes, and they are in a bit of hot water at the moment.

Back in February, the Los Angeles Times found out that the HFPA had a few revelations they were hiding.

Among these revelations was the fact that the HFPA does not have one single black member amongst its ranks.

This was obviously a problem, and people started to take notice, be concerned, and speak out about the issue.

A month after the LA Times article, some of the top publicists in Hollywood got together with Time’s Up and Color of Change to demand reform amongst the HFPA organization.

Last week, the 87-person HFPA announced its proposed changes, which, rather than satisfying critics, set off a new firestorm that is now threatening the very existence of the Globes.

But, is it too little, too late for the Hollywood Foreign Press Association?

Important people and big companies have started to boycott, and the situation with the HFPA can’t be ignored any longer.

There have been boycott announcements from Netflix, Amazon and Warner Media, as well as strong criticism from celebrities (like) Scarlett Johansson — and Mark Ruffalo.

On Monday, the HFPA got hit with 2 rounds of devastating news back-to-back.

First, they learned that NBC had made the decision not to air the Golden Gloves this year.

Then, just a few minutes later, HFPA got a package in the mail that they were not expecting — Tom Cruise had returned ALL 3 of the Golden Globe that he had received for his stellar acting skills.

Why did he do this?

He is joining in on the protest against the Hollywood Foreign Press Association.

Now, NBC did offer up a bit of hope for the HFPA — they extended a hand, if you will.

Assuming the organization executes on its plan, we are hopeful we will be in a position to air the show in January 2023.

They said they will consider airing the 2023 Golden Globes award show IF, and only IF, the HFPA follows through on its plan to implement change quickly and efficiently.

Regardless of the next air date of the Golden Globes, implementing transformational changes as quickly — and as thoughtfully — as possible remains the top priority for our organization.

A statement by the HFPA via The Hollywood Reporter

Now, the decision and follow-through lies in the hands of the HFPA.

Will they completely change their ways and implement said change in a manor that the Hollywood elite approves of?

Only time will tell.

1 shares
You Can Get A Frosted Blueberry Lemonade From Starbucks For The Perfect Frozen Treat
← Previous
Doll Head Planters Are The New Home Decor Trend That Nobody Asked For
Next →
Click here to cancel reply.