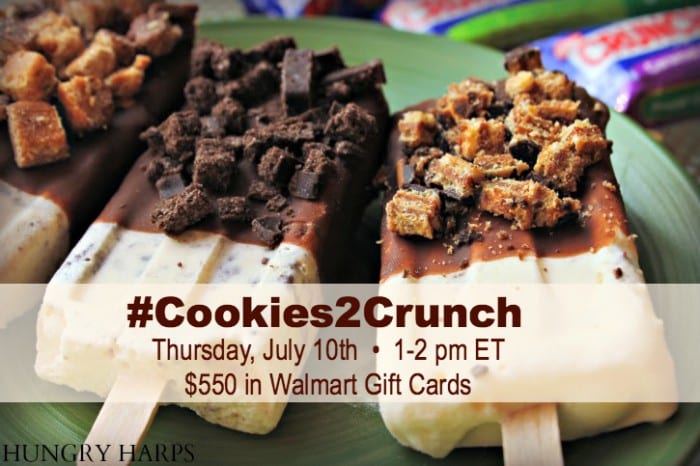 Do you love a good Twitter Party?  You know we do and we’re excited to host a party about how you can enjoy the great taste of Girl Scout cookies with NESTLE® CRUNCH® Girl Scout® Candy Bars!  On THURSDAY, July 10th at 1:00 pm ET, please join us for the #Cookies2Crunch Twitter Party where we’ll be discussing  creative ways to use NESTLE® CRUNCH® Girl Scout® Candy Bars in desserts, and giving you a chance to win prizes!

Join me and RSVP for the #Cookies2Crunch Twitter Party on SoFabChats!

TIP: How to win the Early Bird prize? Watch for chance to share a tweet when you RSVP for a chance to win!

TIP: Special deals and brand coupons? Keep that options checked when you RSVP for the party!