I’m not usually a fan of Big Life Lists, like a New Year’s resolution list or something. They age really fast, events happen and those lists become obsolete. That said, there was one thing I’ve wanted to do for years that I finally got to do: swim with sharks. 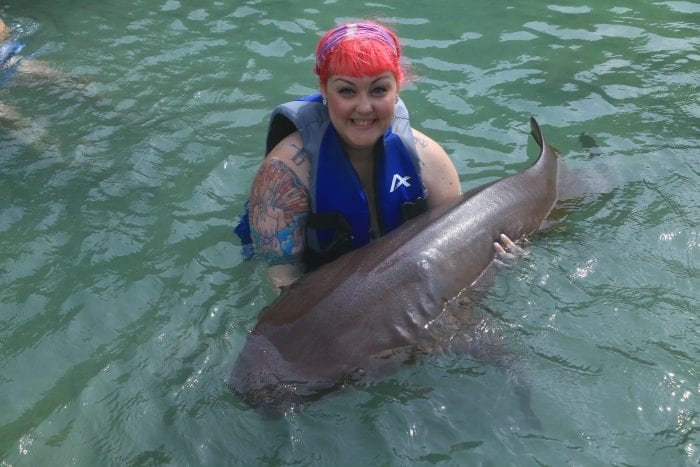 Swimming With Sharks: Scratching One Off The Bucket List

You read that right. During my eloping-honeymoon-adventure in Jamaica my now husband and I got to scratch one off the Bucket List. And yes, we paid to do this adventure!

Before you freak out, we were in an enclosed area with two adult Nurse Sharks. In the grand scheme of shark danger, they are among the five least dangerous sharks in the world. Right up there with the Whale Shark. That’s not to say that it’s totally safe swimming with them, but it’s highly unlikely they will bite you. They do have five rows of small teeth that can do damage, but they aren’t going to be an aggressive if encountered which is why we were able to spend over an hour with these two beautiful ladies. 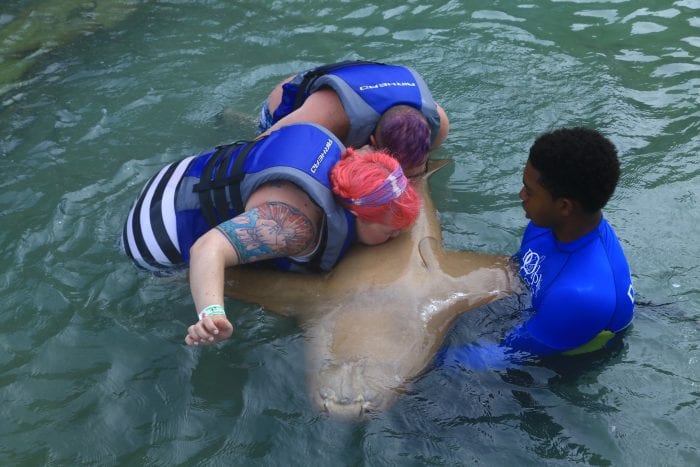 My husband and I giving Snapper’s stomach a little tickle.

Our Shark Encounter at Dolphin’s Cove started with a series of handling exercises. We were directed to remain on a stone bench mostly in the water while our trainer demonstrated how to hold and handle the shark. We did a series of one on ones with Snapper, a 90 pound, mature female. She never once seemed to mind being held or grabbed, probably because after or during each handling she was fed a tasty bit of food.

There’s some discussion about certain species of sharks being very dog-like in their enjoyment of scratching, petting and feeding. That they actually seek out familiar people for such encounters. Now, she probably doesn’t love being hoisted up out of the water, but neither did she seem to mind it. 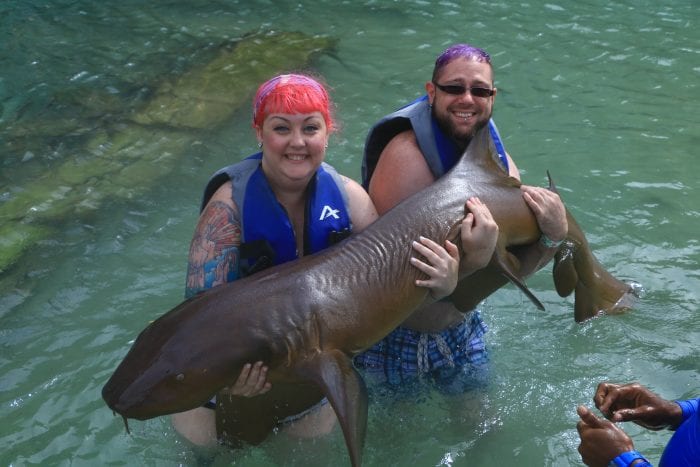 Getting to handle this wonderful animal was an amazing experience. I’m super bummed we didn’t get any snorkeling pictures of us actually swimming with them. That was so neat to interact and move around in the water with them freely!

I’ve been a big shark lover my whole life, and this experience made my day, week and year. Thank you Snapper and the team at Dolphin’s Cove!! 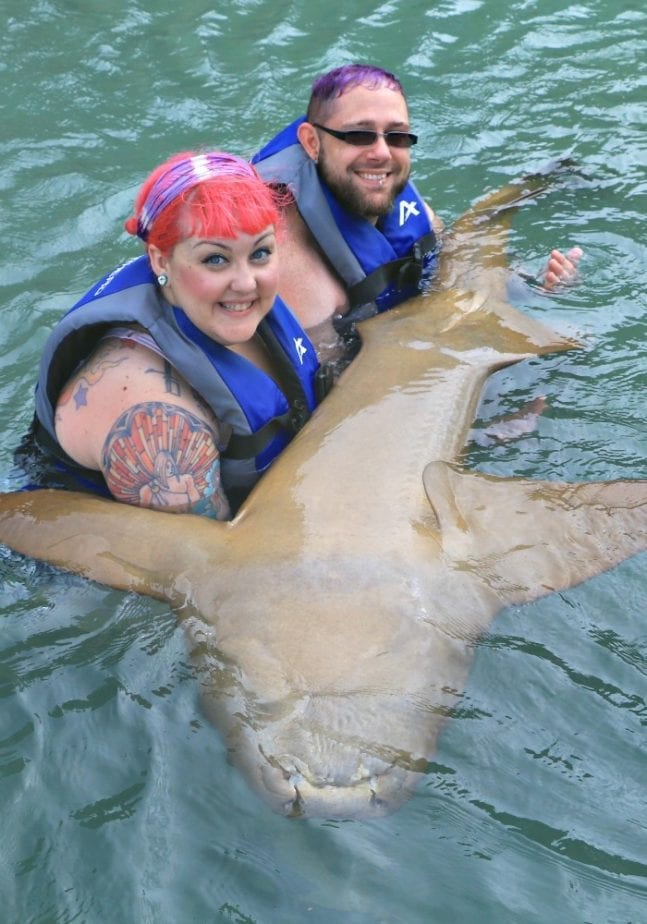