Last June I had a miscarriage. It was a quiet thing which made it all the more dreadful. Something so wretched as losing a very VERY wanted pregnancy should at least have the decency to be loud and obvious.

But no one knew. My husband did, of course. My boss, too, since I had to run out of the office while bleeding and praying that I was wrong.

But I wasn’t. I knew. I felt her slip away. I was only five weeks and four days pregnant. 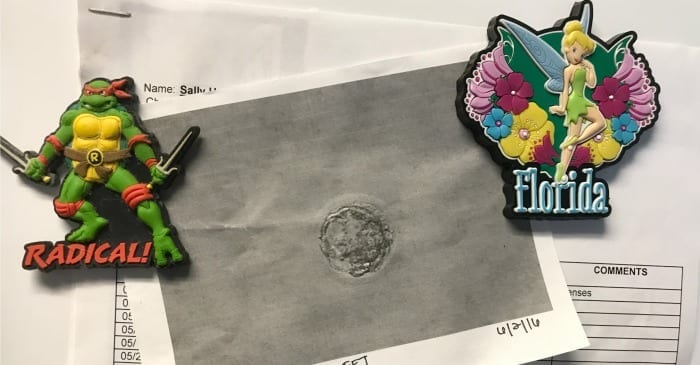 Surviving An IVF Miscarriage: My Only Month With A.J.

To some that is barely pregnant. But after four long, expensive years of fertility treatments and several rounds of IVF, that five weeks and four days was a blessed eternity. My mom used to say that there was no such thing a “a little pregnant.” I beg to differ. I’ve been a little pregnant, twice.

The first time had been almost a year before. I’d done an embryo transfer, endured the dreaded two-week wait, and gotten the phone call. I was pregnant. I was so excited, I don’t think my feet touched the ground for the rest of the day. My husband and I were in bliss. The nurse had warned me that the second blood test would tell me more. My hCG levels had to rise steadily to indicate that the pregnancy was viable. It didn’t. The second, third, and fourth tests showed my numbers rise modestly, plateau, then fall.

I was devastated. The doctor told us that these things happen. Maybe the embryo wasn’t strong. Sometimes they look good but are genetically flawed. My husband and I talked it over and the next round, we sprung for the genetic testing. We didn’t want to keep pouring our currency, both real and emotional, into this project if we just made duds. However, of the eight embryos we tested, six came back genetically normal. With that clean bill of health came a bit of unexpected information: the genders.

When I say I felt her slip away, I’m not being euphemistic. I knew she was a girl: Astrid Jane, my little A.J.

The transfer went well. The two week wait was…hard. But then I got the call. My numbers looked AWESOME. I cried. I called my husband. I couldn’t get excited yet. I had to wait for the next blood test. A few days later, and my numbers had risen. A lot. I was over the moon. Unlike with the first pregnancy where a mere weekend separated my good news from my bad news, I got to be confidently pregnant for a week. In that week A.J. and I listened to SO MANY MOMMY PODCASTS. I was so ready for this! 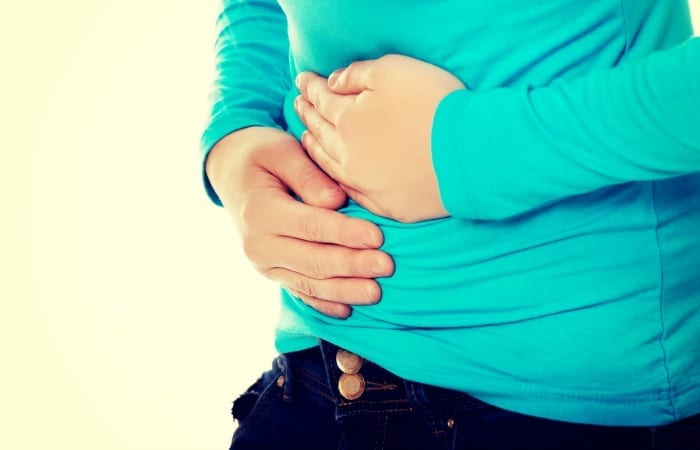 Click here to read IVF Protips From The Trenches

It didn’t feel normal. But I couldn’t worry about it. I needed to chill out. Just let my body do what it was going to do. I was building my daughter. I was going to be a mommy.

But….well, I’ve already given away the punch line. After a week the bleeding got worse. I started dropping a few small clots. Then the clots got bigger.

On June 20th, A.J. let go. It was such a small thing. Just a really heavy period. It didn’t even hurt. I almost wanted it to hurt.

And I couldn’t tell anyone because this isn’t the sort of thing that we talk about. It’s a dreadful and uncomfortably personal thing, only whispered about in hushed tones as though the mere mention of the dreaded “M” word would taint all those nearby.

I was miserable for weeks. Only my closest friends and family knew. Acquaintances would throw out the casual, “Hey, how’s it going?” I can’t say, “I had a miscarriage and I think the world is going to end.” Instead I have to smile and say, “Fine. How are you?” then pretend to listen when they talk about whatever insignificant thing their co-worker stole out of the fridge at work like it really matters.

I blamed myself, even though I know that’s not how this works. I kept asking what I’d done wrong. Had I eaten the wrong thing? Slept too much? Not slept enough? Maybe somewhere deep down inside I hadn’t wanted her enough because, even though I was excited, I was scared, too.

The irrational part of my brain kept saying that if I could just pinpoint the thing that I’d done, I could avoid it next time. But I hadn’t done anything wrong. I know that.

As near as I can tell, I had a subchorial bleed, between the endometrium and the uterus. It loosened the uterine lining, and the rest, they say, is history. Subchorial bleeds are random and if they happen before 9 weeks, almost always end a pregnancy. There was nothing I could have done. The doctor said there wasn’t really any way to know what caused the bleed. A.J. might have just picked a bad place in my uterus to set up shop. I might have a recurring problem. There’s only one way to find out. I’ve got to try again. 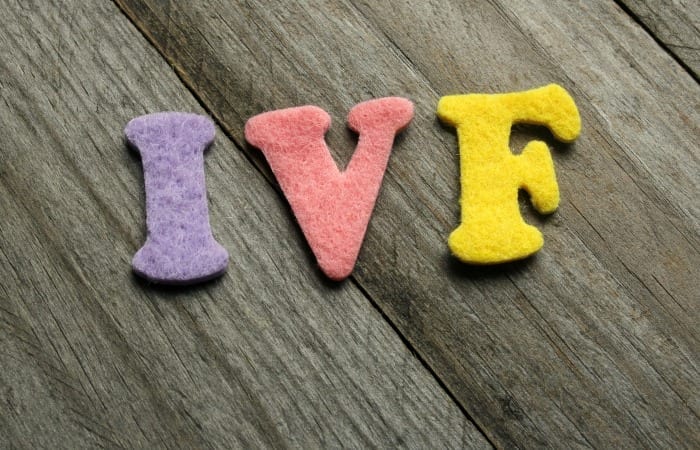 This is what is so freaking frustrating about this whole thing. I only have 4 embryos left. (For those of you following the math, yes, we tried again last September and got a big fat nada) Every transfer without knowing if there is something really wrong with me is hell. Trust me, I’ve been tested for everything from simple polyps, to the somewhat controversial natural killer cells, to some weird thing where my husband and I might be too genetically similar. (Not that we’re related, but there are only so many combinations of genes and super super rarely, a couple might be too genetically similar and the womb rejects the placenta. That is some Sci-Fi crap, there.)

I’ve had to tell an abbreviated version of this story to several different doctors and nurses. I usually end it by saying, “Maybe it’s just bad luck.” Because, mathematically it’s true.

The last nurse I told it to said, “I hope it’s not bad luck!”

She meant well by that, I’m sure. But let me unpack that statement. If it’s not bad luck then there is something wrong with me. It might be something simple that is somehow slipping through the cracks, or something that makes me a medical unicorn. Regardless, I can’t fix it on my own.

But bad luck? Bad luck I can wait out. I’m stubborn like that. My husband says its because I’m an artist. I’m used to dealing with a project being wrong a thousand times before it’s just right.

Hopefully a healthy baby will come along because I’m going to try again. But until then, June will always be the month that I had with A.J. 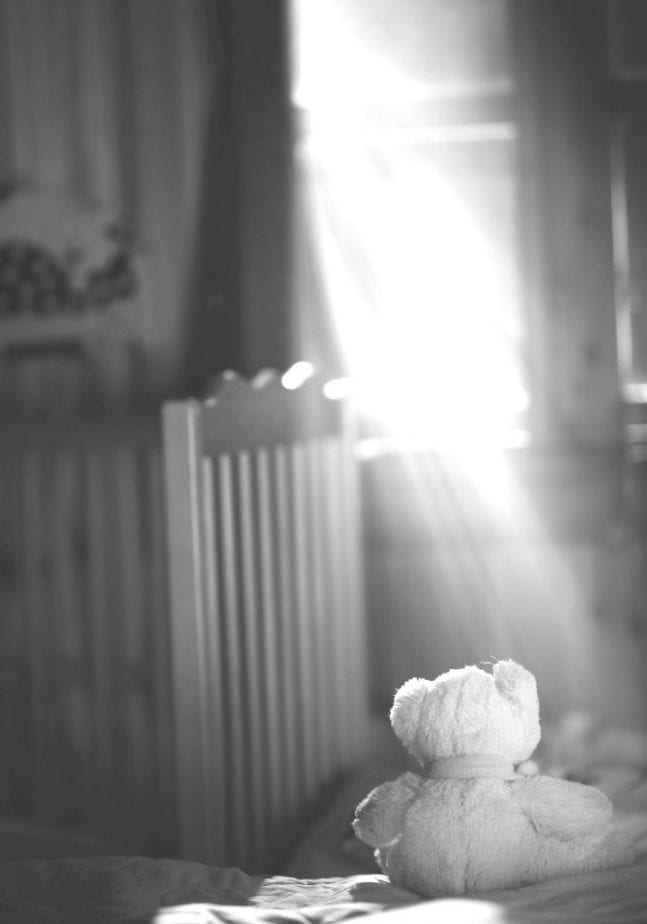 Thank you so much for sharing your story and I’m so sorry for your lose. After 3 failed rounds of ivf we found out it was my eggs & moved on to using donor eggs. Long story short I just miscarried at 7 weeks with round 5 and a devastated & feel as no one understands. Having read your story I don’t feel so alone anymore. Wishing you all the best!!

Thank you for sharing your story. I have done two embryo transfers and miscarried both times. We used donor eggs since I didn’t have any of my own. I too miscarried the first one at 5 weeks and the second one at 5 weeks four days. And during my second one I had clots that were getting bigger each day and the clinic kept telling me not to worry because it happens. Well I knew when they just started pouring out of me that I was miscarrying. The first miscarriage I was in incredible pain. The second one was just minor cramps. I’m really sorry to hear about your losses as well.

I'm so incredibly sorry for your loss. I'm a rainbow mum after 5 losses and it's the hardest experience I've ever lived through. <3

Hiya very cool blog!! Guy .. Excellent .. Superb .. I'll bookmark your website and take the feeds also? I'm glad to find numerous useful info here within the put up, we'd like work out more techniques on this regard, thank you for sharing. . . . . .

I have been in your shoes and promise it gets better. I was a mess after my misscarriage. Was aggressive on my next round of IVF and we put 3 embryos back! My triplets are 8 years old. And as I type this my 8 week old is asleep by my side. He was a huge surprise after 8 years of no birth control we conceived him naturally. It will get better, don't give up!