I got my period the day my mom died.

It wasn’t my first period or anything. I was 29 at the time. But the painful coincidence didn’t go unnoticed. Nor did the parallel that exactly nine months had passed between Mom’s diagnosis of pancreatic cancer and the day of her death.

My mom had been so ready to be a grandmother she practiced on her friend’s granddaughter, Jasmine. Whenever we’d go shopping she’d snap up a cute dress or a dinosaur toy saying, “Jasmine will just love this!”

My husband and I had been married for two years at that point with no children in sight, but my mom was never the type to demand when we’d grace her with grandkids. 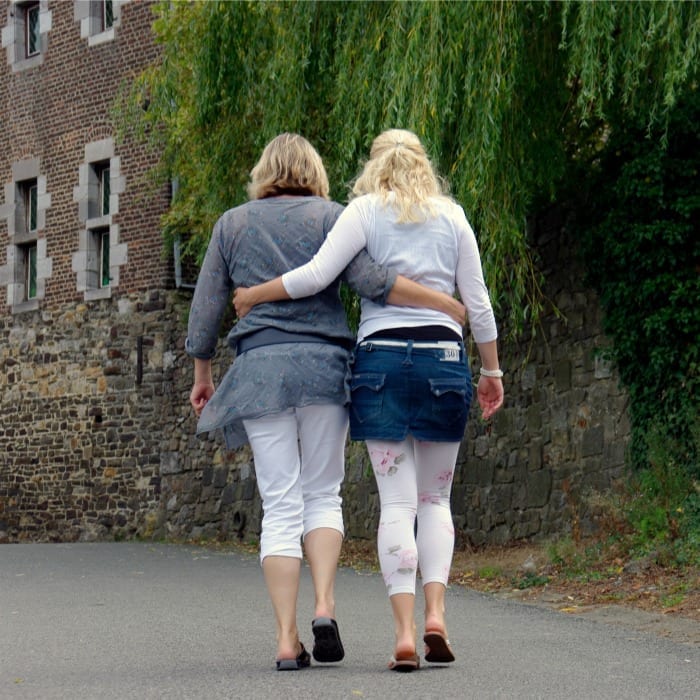 She knew that we’d been trying since our first month of marriage.

She knew that we’d have trouble because she’d been the one to warn me of it.

My parents had been married for almost ten years before they realized that kids weren’t just going to happen for them. So my mom, the registered nurse, dragged my dad and herself in to the doctor to get checked out. Mom recounted the doctor’s exact words after he got the report on my dad: “If he looks too hard at a woman across the street he could knock her up.”

Thanks for that mental image, Mom.

That meant my mom was the problem. After tests and whatnot it was determined that she had polycystic ovary syndrome. PCOS meant that Mom had tiny cysts on her ovaries. The cysts messed with her hormone production. Severe PCOS sufferers have very irregular periods, and even when they do have them they might not have actually ovulated. Basically, it didn’t matter how many guys Dad had on his swim team, if the egg doesn’t show up to the dance there can be no Prom Queen.

Mom put herself through tests and treatments and took medications for years. Because she wanted to be a mom.

Obviously this story has a happy ending because I, her daughter, am writing this post. But when she told me all of her rocky journey to motherhood, she admitted she’d had a really early miscarriage. As a nurse, she knew that miscarriages happen way more than we like to talk about. Though her experience hurt both physically and emotionally, she wasn’t going to give up. Because she wanted to be a mom.

But months of failure wore on her and Dad. When she started that last cycle of Clomid, she vowed to herself that this was it. If it didn’t work she was done and they’d explore adoption. Imagine her surprise after years of no baby, I arrived. Content with her one awesome baby, she figured she’d be a mother of a singleton. Then one year, six months, and seven days later my little brother showed up all on his own. Because life is like that sometimes.

The month that my mom got her cancer diagnosis, I missed my period. Despite being symptomatic for PCOS my lady time was more punctual than a british grandmother. This missed period could be the silver lining on a very grey cloud hovering over my Mom and the rest of our family. More than anything in the world, I wanted my mom to meet her grandchild. I wanted her to be around to buy my kids silly dresses and dinosaur toys. I wanted to have those calls where I complain about my kid flushing all of my nail polish down the toilet and to hear her chuckle and say something about karma.

As the days ticked by I got more and more excited. This was it! I’d been worried about nothing! Mom would be here for me! I could ask her all of those insane pregnancy questions and get the benefit of her experience as a mother and a nurse.

I bought pregnancy tests. Sure they kept coming up negative, but that’s okay! The internet says it could take a few weeks before that fabled plus sign showed on the test. I even made a doctor’s appointment.

But on day 23 Aunt Flo didn’t just knock. No, that bitch kicked down the door, trashed the living room, and left dirty dishes in the sink.

I’ll never know what caused the delay. Maybe a chemical pregnancy, maybe stress. It didn’t matter. I went to my OBGYN and she started me on my first round of Clomid. I wanted my Mom to meet her grandchild.

Then as the months passed and Mom’s chemo treatments weren’t doing much, I revised my wish for her to get to see a sonogram…then I just wanted to be able to tell her I was pregnant.

When I got her last call, the one where she told me they’d done all they could to treat her cancer and they were now switching to palliative care, I was still waiting to see if our latest attempt at an IUI had worked. My brother and I sat for a week in the hospital, holding her hand and talking to her. The medication they used to make her comfortable made it difficult to have a conversation, but that didn’t matter. We talked to her about what we’d name our kids. We promised that they’d always have a present under the tree from Nana Janet.

I even toyed with the idea of telling her that I was pregnant (I might have been) in a vain and selfish hope that that would be the thing she needed to hear to come back to us.

But I didn’t. Because it wouldn’t have made a difference. Her cancer didn’t care. Mom had already defied the odds and survived three months beyond the typical prognosis.

She passed peacefully just after midnight with only my dad, her husband of 40 years, in the room.

I miss my Mom every day. (I bawled while writing this) and I wish that I could say this post has a happy ending. But it doesn’t have an ending. 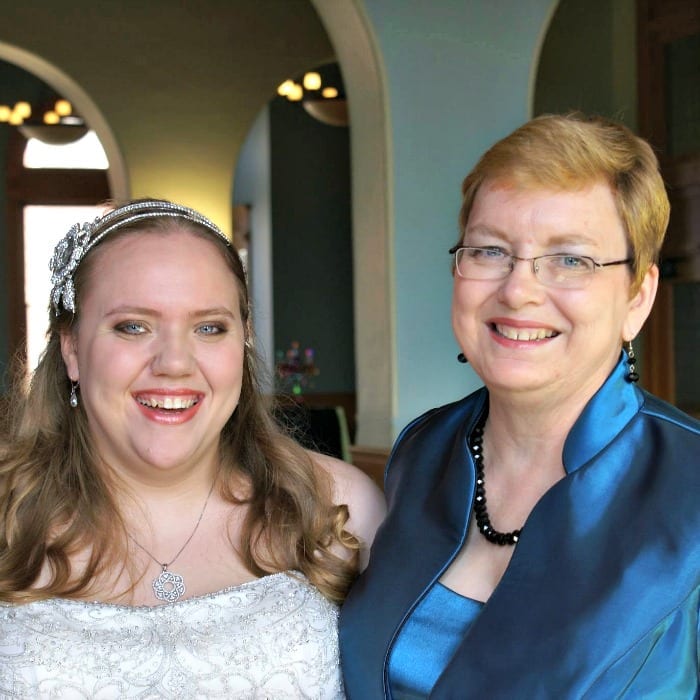 My husband and I are still trying to get pregnant. We’ve moved on to full fledged IVF at this point and the road is pretty rocky. We’ve gotten a few very happy phone calls from the doctor’s office followed a week or two later by some very sad ones. It’s been five and a half years since we started trying to have a baby. I know that sounds a little crazy just like I know that at some point I’ll hit my wall. I’ve come close a few times. I’ve researched adoption and trust me, the pages are bookmarked. But I’m almost 32. My mom was 32 when she had me. I feel like I owe it to myself to give my genes a shot. So for now I’m not giving up. Because I want to be a mom as awesome as my mom.

Thank you for this blog post. I've been married 10 yrs and TTC for 4. My mom became ill when I first met my husband and has progressed ever since. She is now in later stages of dementia. Every year without a baby, and without my mom, I feel dou le the grief, a doubling of motherlessness.