The Final Episode Of ‘Keeping Up With The Kardashians’ Airs This Week. Here Is When And Where To Watch It. 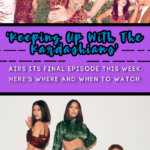 This is it! *Trying not to cry*

20 Seasons of Keeping Up With The Kardashians are coming to an end, and the final episode will air June 10th.

It’s kind of hard to believe that the show is about to be over, and we are going to have to say goodbye to our favorite family — the one that we all love to talk about!!

There have been laughs, cries, and fights — we’ve watched the Kardashian / Jenner sisters grow, start families, and even launch their careers. It will be so weird not to be a part of their lives!

I mean, don’t you ALMOST feel like a member of the family — I feel like I’m about to say goodbye to some of my best friends!

There’s no easy way to say this, except just to say it, because we love you guys all so much and it’s almost like ripping off a Band-Aid.

Kris Jenner announcing that season 20 would be the last

Now, we cancelled our cable, so I won’t be able to watch the final episode on E! this Thursday at 8pm ET/PT.

Thank goodness there are places where I can stream the show, because I CAN’T MISS the finale!

You can sign up for, and tune into any one of the streaming networks that also show live television.

Some of my favorite live-streaming networks are Sling, YouTube TV, Hulu TV, Philo, and fuboTV.

On MOST of the live streaming channels there is a trial period — which means you can sign up for the service, cancel before the grace period ends, and owe nothing!

Is There Going To Be A Reunion Show

There hasn’t been a date set for the show as of yet, but Andy Cohen has signed on to host the special.

We’re going to cover all 20 seasons of Keeping Up With the Kardashians, in a kind of Housewives-style reunion show — Nothing’s off-limits with this crew. I don’t know if I can even say when we’re filming it, but we’re filming it.

Stay tuned for more reunion news, and tune in THIS Thursday for the final episode of Keeping Up With the Kardashians. 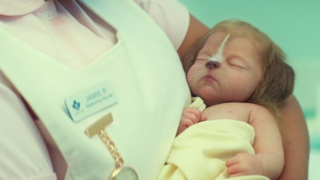