So every once in a while you get to go on a mom date with your mom friends, no kids, no husbands, and it’s the most magical time of womanly bonding you’ve ever had in your entire life. But then it happens. Maybe she’s got a cold. Maybe she’s just exhausted from literally staying up every single night this past month with colicky twins. Doesn’t matter…one of your mom friends starts chewing with their mouth open and it’s the single most disgusting thing you’ve seen in your entire life… 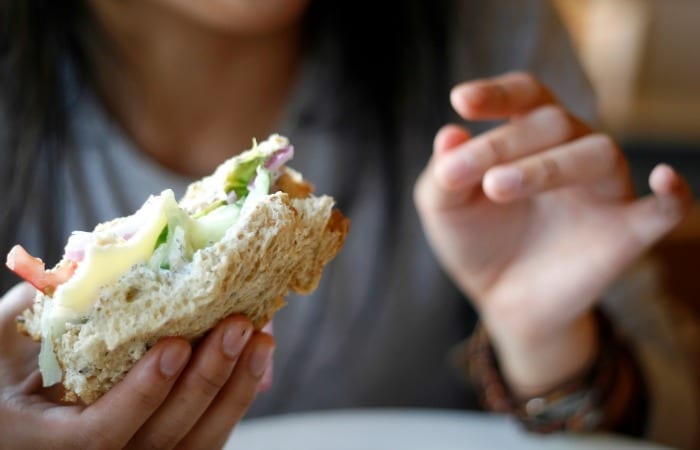 You don’t want to say anything. It’s so rude to say something, but your stomach is turning from catching glimpses of the chewed up bits of cud swirling around her teeth and tongue. Why did she order the salad/sandwich combo? It’s like competing pieces of food matter are all vying for a spot between her teeth.

Why is no one else saying anything? These women once tore you a new one for daring to part your hair on a different side, and they’re just going to let this slide? Do they not see it? Is there some magical vortex where you’re somehow the only person within eyesight of this living nightmare situation? Why aren’t they speaking up?

I mean, you can’t. You’re the nice one. You keep bags in your car for homeless people, volunteer at the zoo, you’ve helped deliver puppies before for goodness sake, but this woman. It’s maddening.

Did she always do this? Did you maybe just never notice before that she chews with her mouth open?

You’re going to not look. You’ll just smile and talk with the rest of your friends and if she talks you’ll look at your own food. That should work.

And then…a piece of spittle flies out and into someone else’s water glass.

Your eyes widen as she lifts the glass to her lips.

Your heart is literally going to break through your ribcage with the indecision of how to handle this.

“WAIT!” you say, thinking as fast as you can. “I think your glass has something in it.”

It does. Of course it does.

“That always happens here,” one of your especially judgy-judgy friends says in her most condescending voice. She motions for the waiter to come over. “Her glass is dirty,” she says, giving him the one up and one down.

She’s not going to tip now. You know that. You’ll be lucky if she doesn’t ask them to comp the entire meal for all of us. You’re mortified because now this poor waiter has been dragged into the situation and he didn’t do anything wrong. And really, what would it have hurt if she swallowed that little piece of food? It’s not like she’s even your favorite person here. In fact, she once threw a party and didn’t invite your seven-year-old. Sure, she said the invitation must have gotten lost in the mail, but you know that’s probably a lie.

The waiter apologizes and gets a new, clean glass for the woman.

Crisis averted, but now you’re going to have to tip extra to make up for the tips he’s going to lose.

Conversation starts again. It’s going great. The food is done so now you can enjoy hanging with your friends in peace. Everyone’s laughing and having a blast and you’re back to having a magical time. Until the waiter brings the dessert menus… 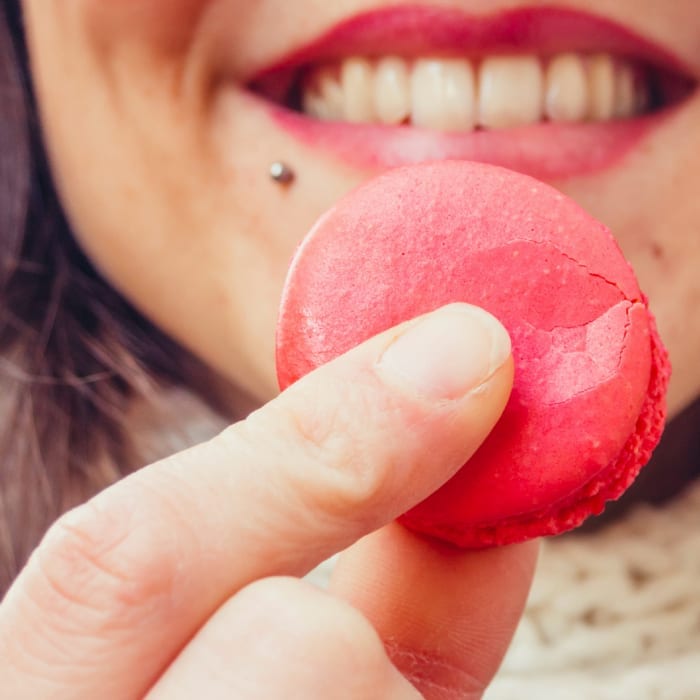 After a long girls weekend, I realized a close friend smacks her food while eating. She is also that person that got on a work call and was making the horrific smacking noise while eating candy and talking. I felt sorry for her team on the call. She is older and divorced. Over the past year, she meets guys online...everything seems great...they go out to dinner and then they are done! I cannot help but think the way she eats has all the guys running out the door. I cannot bring myself to tell her it has got to be reason she never gets date number 2! Help!

Oh my goodness! I relate to this post SO HARD.

It's the smacking I absolutely can not stand...I can look away from an open mouth, but the sound of smacking really drives me nuts. And my husband will NOT stop...!!!