I’ve been thinking a lot about super powers lately. Yeah, I know that most of you probably don’t spend a lot of your spare time sitting around thinking about what you’d do if you had special powers. (Or maybe you do, and that’s why you’re here. In that case, wanna go for coffee? I’m buying.)

I still don’t know what I’d want my super power to be. I mean, there are just so many really cool and endless possibilities, but what I do know is if I were in high school and I was the lowly picked on uber geek like we always read about in our favorite YA adventures, and I woke up with super strength or whatever–dude I’d have some serious butt to kick.

Yeah, that’s right–I wouldn’t be one of those boring hero-types that say around hiding my powers or what have you. I’d pwn some people. 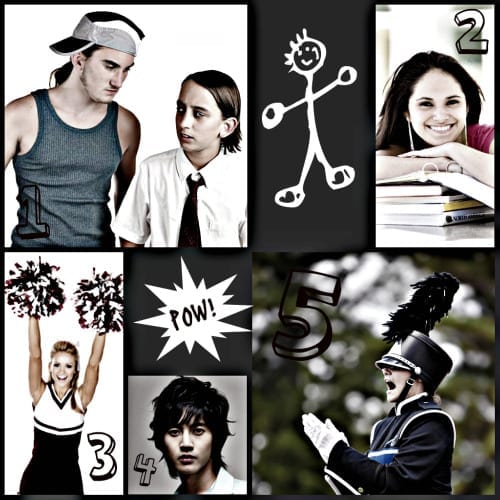 Whoa… this list got more personal than I intended it to. So, on that note–I want to know:

Who would you beat up?

Oh.....I'd beat up the entire staff of the Fox News network.

Dont feel bad for that kinda guy. they are the reason those mean girls exist.. cause they LET THEM do stuff like that.. Iguess it's not soo bad if they grow out of it.

Pitty we don't live nearer Jammie, I'd love that coffee and the chit chat about super powers!. I didn't suffer much at high school. Wasn't part of the cool gang but we got a group of our own and didn't really worry much about the others around us. LOL. I did hate some of the popular girls gang, the ones that asked the boy I had a crush on to do their homework and he just did because they were cute. He was kind of geeky very techy and quite smart, but didn't see through them. LOL. I'd definitively kick their ass. .-= Anna Serra i Vidal´s last blog ..Loving my books this year! =-.

ohh.. forgot to ask.. do you watch My Life as Liz??? Starting to love that show.. although the girl is pretty enough to NOT be that girl.. its Daria meets My So-Called Life.. Cute, funny.. cool clothes .-= Lindsay´s last blog ..Playing Catchup =-.

I think a lot of us had the same experience in HS. I was the band geek for the first couple years turned goth freak the last years..

I am definitely all about kicking the ass of miss Richy Rich who was in the DOMINO'S commercial and was miss CT Teen USA. Bleh she made me sick - so mean.. SOOOO MEAN.

But the one I would love to add is the younger male teacher who totally doted on the snotty hot chicks. Our was also the softball coach and although it sounds illegal, he would frlit and play with all the pretty girls and leave the ones who didn't flirt and kiss his ass in on the bench.. or when we were in class, he actually PARTOOK in making fun of the nerdy girls. Then there was a female teacher who was the same. Captain of the football teach got to walk out of her Trig. classes and do his "work" in the study hall down the hallway while the rest of us got picked on regularly by this same battle axe. .-= Lindsay´s last blog ..Playing Catchup =-.

@Lindsay, oh my gosh! YES! That teacher that was cooler than me. My guess is he was a TOTAL nerd in high school!

But you are so right about Richt rich... we had this guy that did commercials for his dad. ugh. ANNOYING! .-= Jamie´s last blog ..5 People I’d Beat Up =-.