I feel so badly for the Donald Trump supporters right now. I mean, we’re supposed to live in a nation of political freedom, and yet they’re being treated like pariah in their own country. The truth is, you have every right to vote for whomever you choose and if you choose Trump, that is absolutely your right. In fact, I think there are 5 solid reasons you should absolutely vote for Donald Trump! I stand behind you, folks. Believe what you believe. Stand for who you stand for and don’t let the man get you down. 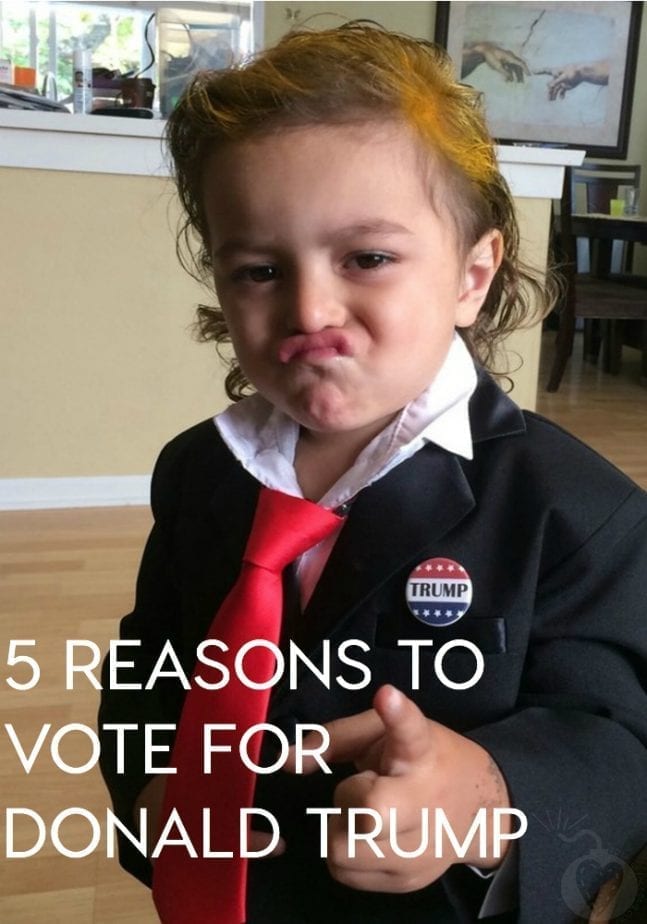 5 Reasons To Vote For Donald Trump

1. Because fascism looks like so much fun in the textbooks. No one could say that Hitler and Mussolini lacked vision. Sure, their visions included the murder of millions of people who didn’t believe the same as them, but isn’t that what this world is about? Divide and conquer? Um, no. Literally we live in an age where information is available at the click of a button…so why aren’t you clicking? 75 years ago at least the Germans and Italians had the excuse that they didn’t see what was happening. We literally have an entire world telling us to stand against Trump, so really if you’re still for him you’re kind of just a dick.

2. Religious freedom only counts if you’re the right religion. The bill of rights is old and outdated, so is the constitution. Religious freedom only counts if you’re a good ol’ ‘Merican Christian and can prove it and if your last name sounds white. *rolling my eyes* C’mon, folks. How boring would the world be if everyone believed the same? More so, how awful would YOU feel if someone told you that your beliefs weren’t valid and that, worse yet, you were inherently bad for having them? This kind of thinking never, ever ends well. And you need to grow up if you think that the entire world believes the same as you. Literally, not one single person on this planet believes exactly the same as you, so stop telling other people what to believe already!

3. This country was better before all the immigrants arrived. The skies were more spacious, there were actual fields of grain. Then immigrants came over and took all the jobs, took the houses, took the land. In my opinion, the Native Americans would have done much better if those awful European immigrants never arrived in the first place.

4. You’re tired of all the Washington insiders mucking things up. You realize this is rhetoric, right? By Washington insider you’re literally talking about people who have worked in the field for which we are about to elect them. Saying you don’t want Washington insiders running for president is a bit like saying you’d rather have Linda from accounting take out your gall bladder because you don’t trust those surgery insiders with their fancy cars and fancy titles.

5. It’s time to take back the White House. Take it back from whom, exactly? You realize it wasn’t a coup that put President Obama into the White House, right? It was an election. People got out of bed and went to their local elementary school and stood in line drinking bad coffee and actually chose him. They got a sticker that said ‘I Voted’ and everything. So when you say ‘take back the White House’ I just…I just have no idea if you even understand how elections work. And that makes me very, very sad. 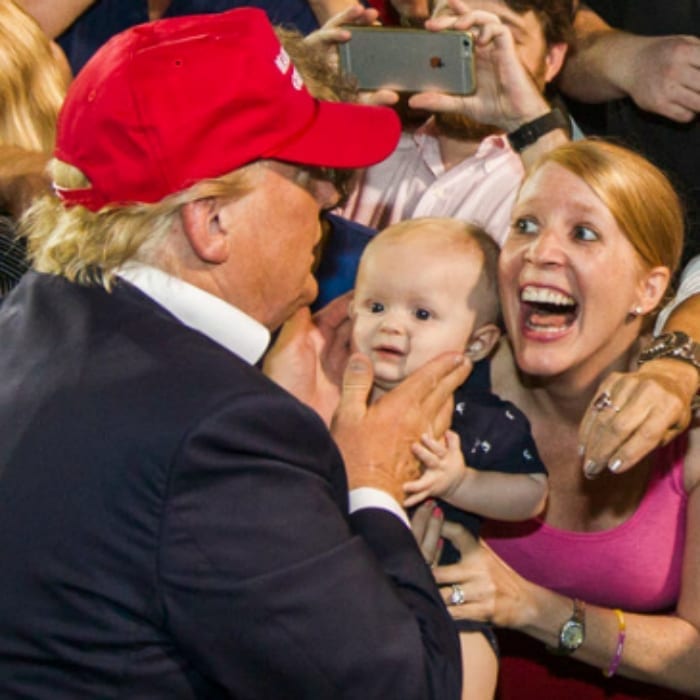 So here’s the thing: I kind of believe we DO deserve Donald Trump as president. We did this to ourselves. When we first heard he was running, we all thought it was a joke. And then we he started gaining steam, we all kind of waited for Ashton Kutcher to jump out and tell us we’d all been punk’d. But that hasn’t happened. Instead, we’ve got relatives, friends, people we know personally who are literally standing up and saying they’d stand behind him. Donald Trump is running on a platform of fear mongering and what we really need to start asking is – what are so many people really afraid of? Until we’re able to start abating those fears, he is going to continue to gain supporters and that’s what we should Really fear.

Trump sucks okay... He is not ONLY racist, but Sexist too! So y'all PLEASE stop trying to convince me he is... And by the way I'm not even a Hilary supporter but I'd MUCH rather have her as president than that CONPLETE AND UTTERLY USELESS MANIAC!!! Bernie ALL the way...❤️

I can't decide if I'm laughing or crying and I can't stop either.

Love every part of this. Also, it is so much fun watching the drumpfers freak out over reading common sense. Morons!