The holiday season is a time of joyous celebration, of giving, and of time spent with family. It reminds us all what it means to put others before ourselves. There is nothing more rewarding than to see the look on a child’s face on Christmas morning as the wrapping paper flies across the room, or the smiles of family members you haven’t seen since last year. It truly is the most wonderful time of the year.

Sure, that moment sitting by the tree with your family all around you, smiley and happy, in the glare of a hundred painstakingly-placed string lights might be worth it. But, then these eight times make me question why I get out the egg nog cups year after year. Because sometimes, truly, Christmas is the worst. 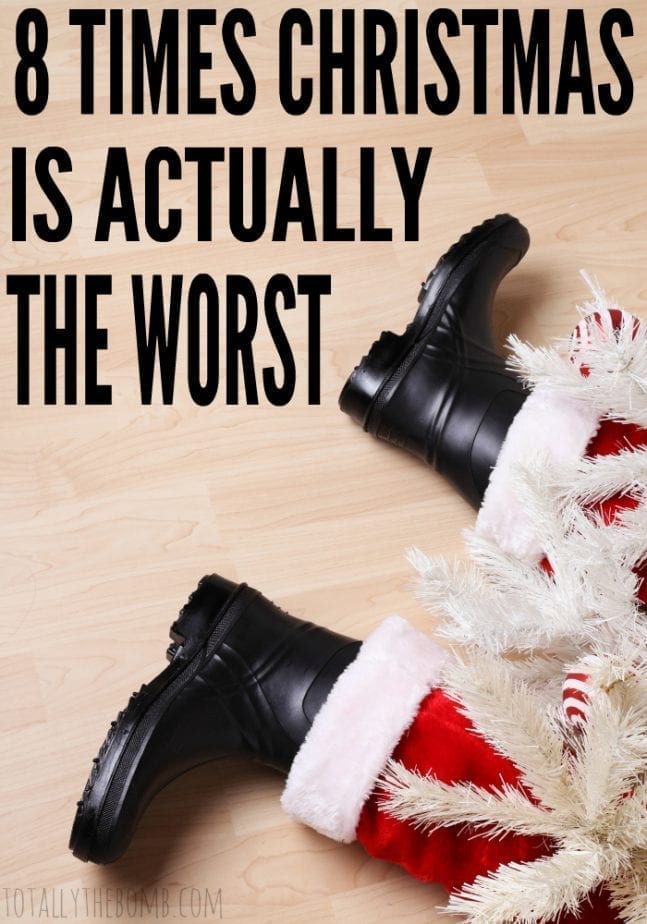 8 Times Christmas is Actually the Worst

1. Airports – Here’s the thing: I can only handle my (entire) family for an extended period of time once a year, on Christmas…and the easiest way to get to them (and away from them) is by plane. Here’s a piece of advice, free of charge: don’t fly at Christmas. Do not pass go, do not collect $200 (because you’ll spend more than that just looking at those ticket prices anyway). Airports are madness at the best of times, but during the holidays? It’s like taking everyone in the world, giving them PMS, a college final exam, and a case of Red Bull at the same time, and then sticking them all in a confined space so they can wait to enter an even smaller confined space. You have to take off everything from your shoes to your dignity just to get through security, and then wander around the terminal for the next two hours nursing a $4 bottle of water, wondering why you had to be there so early in the first place when every single flight is delayed.

2. Parking – I’m not even talking about parking at airports. No, I’m talking about trying to find parking literally anywhere else during the holiday season. Need to find gifts for your  darling little cousins who won’t remember it was you who bought them anyway? Good luck. Need to buy more Christmas decorations because somehow you don’t have enough already? Hope you feel like hiking from your front door. Need to go to the grocery store for, you know, food? Everyone is there, too. I’m not going to give you some spiel about how Christmas is a consumerist holiday that feeds on our capitalist society like Hannibal Lecter at a free-range human farm, but really, parking doesn’t suck this much any other time of the year except for at sports arenas and Justin Bieber concerts. 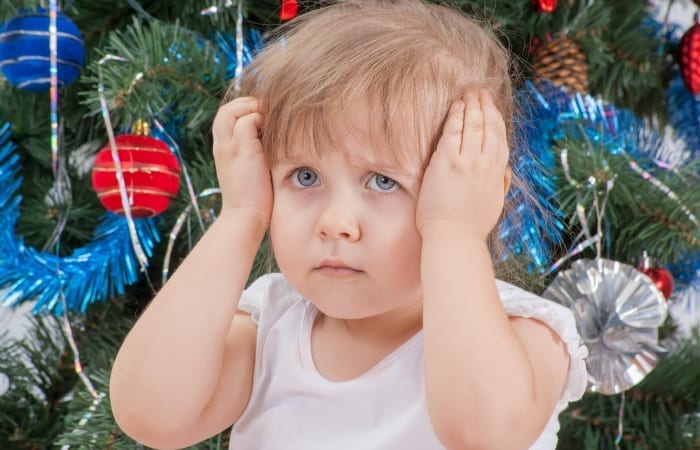 3. The Salvation Army – Okay look, charities are wonderful. They provide necessary things for people who wouldn’t otherwise have them, and I give my time or money whenever I can manage. But, if I have to walk by one more bell-ringing, earnest-faced, overly-cheerful dude in a Santa hat when all I really want is to get what I came for and hike the ten miles back to my car where I found the only parking spot in existence, I’m going to scream. And the worst part? I feel bad that I didn’t drop anything in their jangly little bucket. Every. Single. Time. I don’t need this kind of guilt in my life, y’all. If I have to order everything from the Christmas ham to the Christmas tree from Amazon, I will.

4. Christmas Trees – And speaking of Christmas trees, there may not be anything quite so beautiful as a freshly-cut tree still glistening from freshly fallen snow. But, my family switched to a fake tree years ago because you know what’s worse than hauling that monster inside in the first place? Trying to haul it back out again without getting dead needles everywhere. And unless you have the best-behaved children and pets in the entire universe, those precious ornaments passed down to you from your great-grandmother Betsy are going to end up broken on the floor about two seconds after you hang them up.

5. The Electric Bill – Go ahead. Look at it. I dare you. Ignore your auto-pay feature and actually look at how much leaving all those lights on all night for a month cost you. Just because the neighbors went out of their way to blind every passing car with the intensity of their Christmas cheer doesn’t mean you have to. You know what you could have spent that money on? More presents. Or better yet, the vacation you always want to take in January because your holiday vacation wasn’t relaxing at all. 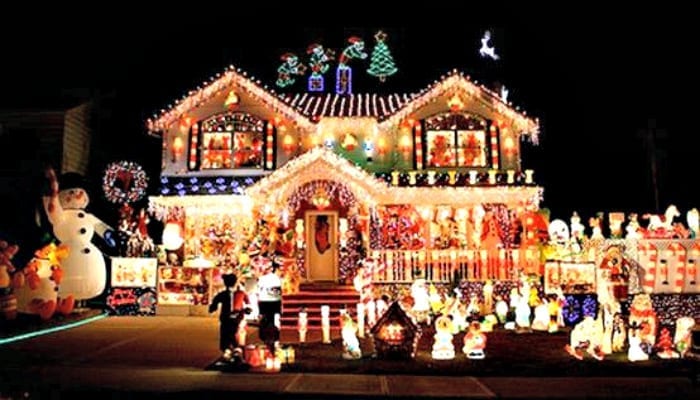 6. Christmas Cards – Christmas cards are supposed to be a way to let all those friends and family members that you didn’t get to see that year know that you’re thinking of them. Which is a nice sentiment and all, but if you’re only thinking about them for the length of time it takes to remember how to spell their name and figure out if their address is still the same as last year, what’s the point? Is your friend from college, who’s going to get your card in the mail, leave it to collect dust in a drawer somewhere, and then wish you a Merry Christmas on Facebook really going to care? Didn’t think so.

7. Cookies – They’re everywhere, and they’re going to ruin your diet faster than anything you put on your plate at Christmas dinner. It doesn’t matter if they come in a store-bought bag, or if someone sprang for the fancy holiday tin, or even worse, if they’re obviously homemade so you know they’re actually good. You will find them, and you will eat them, and then you’ll regret it later. Unless you happen to be friends with that one person who makes cookies that look like they’re chocolate chip but are actually filled with sneaky disgusting raisin traitors, in which case you will regret it immediately.

8. Christmas Carols – And just like the Raisins of Death, you can’t go anywhere without being forced to listen to the same happy-go-lucky, so-sweet-you’ll-get-cavities Christmas songs over and over. Walking into any sort of store after Thanksgiving (and sometimes before) is like being bashed over the head with Christmas cheer. And sure, I like a good rendition of Jingle Bell Rock as much as the next person…the first time. To be honest, I’m not sure what’s worse: having to listen to Winter Wonderland everywhere I go, or having to listen to it about a billion different ways because every singer in existence has made a Christmas album.

The weird thing is, I’m going to do all this stuff anyway and you probably will, too. I’m going to deal with the parking and the carols, I’m going to send the cards (at least, to people I actually like), and then I’m going to fly home for a week during one of the worst travel times of the year. Why? Because Christmas is awesome. Even if every day before it is the absolute worst. 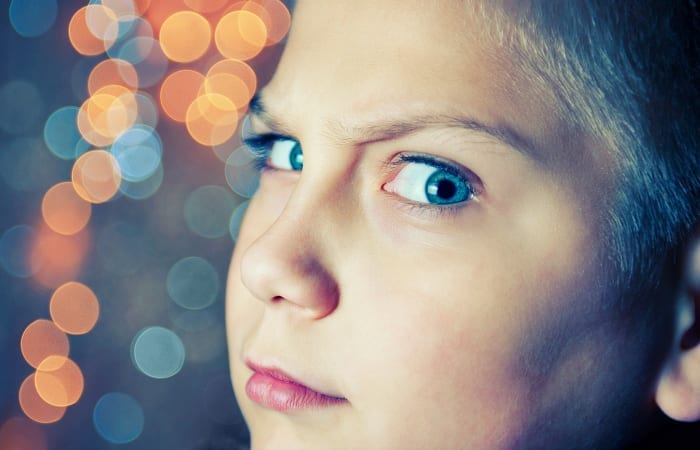