All right, guys. I’ve gotten onto you before, but you’re still screwing it up. You know how I know? Because I have to read about it all over Facebook and magazines. I have to see it on the streets. I have to hear about it in line at Starbucks. I have to smell it…I don’t know…I was trying to get all five senses in. Guys, what the heck is wrong with you? Why are we still having this conversation?

Ladies, you may want to leave the house for a while. Get a coffee or see a Tyler Perry movie (they’re kind of not bad). I’ve got to spend some alone time with your man here because he’s screwing up in life. It’s nothing serious but there’s some tweaking that needs twonked? Twanked? Whatever. From one gentleman to another, I’m here to offer you a little guidance, not to everything, but to some things. A Man’s Guide To Manly Things: Part Two. 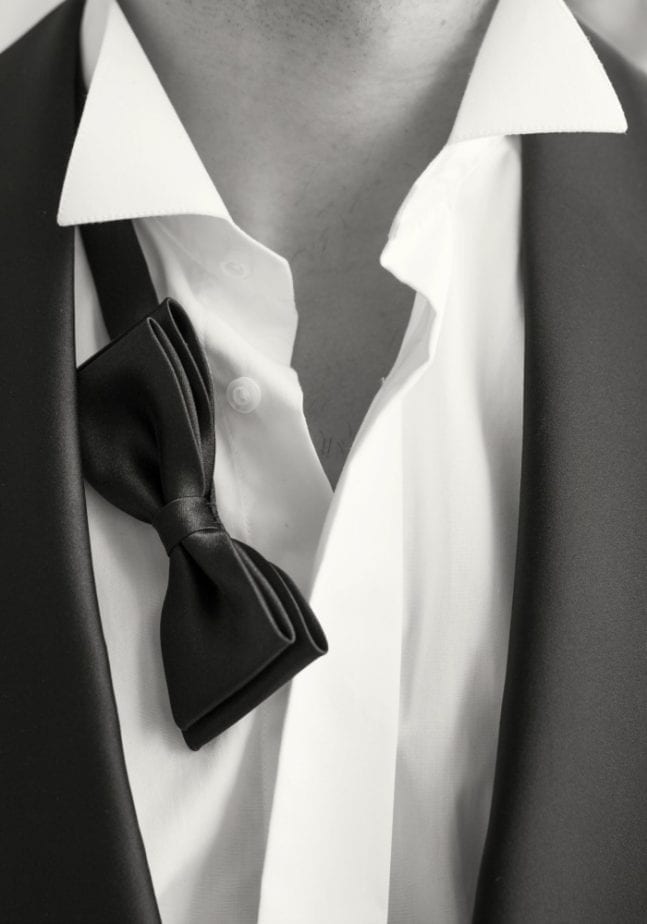 I would never consider myself gay, in that I would enjoy a penis, but I am pretty gay for fashion. I would move to Massachusetts with men’s fashion. We would adopt a Guatemalan baby and sell handmade soaps and cheeses. Why do I appreciate fashion? Because the way you look says so much about you. Don’t believe me? Then why is there a thriving website dedicated to the obscene freak show that is a late-night Wal-Mart? We care how people look. Imagine my surprise when I saw a guy in the big city strutting down the street in a black suit, black tie, decent shoes, and a backpack. Wait, did I say backpack? Yup! Like what your Trapper Keeper would be in, along with your math homework, and your library copy of A Diary Of A Wimpy Kid that’s past due. There’s nothing that betrays the overall appearance and confidence of a man than a giant, yellow backpack thrown over one shoulder like he’s late to a really classy junior high. But why stop at the backpack? Just slide on a pair of overalls with one strap unbuttoned because I guess we’re living in the ‘90’s.

You don’t need bright, primary colors. You’re not sixteen. Nothing neon. Nothing fun. Fun is over. You’re in your 30’s now. You’ve probably got a wife, kids, and a house. You can’t strut around like a carefree stud anymore because at this point you have a bad knee and you actually physically can’t strut without hearing that weird popping sound. Dark colors, especially if you’re fat like I am. Dark colors hide our hearty B-cup boobs. So look for your blacks, navy’s, browns, and grays. If all of your shirts fit into a color scheme, you can mix and match the same clothes everyday and still look like you’re wearing something new. I don’t think I’m telling you anything new, but there’s no reason to wear the same Deadpool tee-shirt everyday.

At home, wear whatever the heck you want. Who’s going to see it? Right now, I’m wearing a Voltron tee-shirt and green boxers. My son is downstairs watching Animaniacs. What does he care? But you can bet that if I have to leave the house I will throw on a collared shirt, sleeves rolled up, dark jeans, and some boots. I don’t look a model, but I don’t look homeless, either. I look like a grown, responsible man and so should you.

Besides, what is a guy doing ordering a fruit drink anyways? It’s not healthy and it doesn’t taste like fruit, it tastes like what candy thinks fruit tastes like. Men, when you go to a bar, order a beer. Tell the bartender that you’ll take whatever is on tap or whatever the joint is known for. Don’t order a Bud Light. If you’re ordering a Bud Light, you can’t afford to be in a bar because you’re poor and you have stupid taste in beer. Otherwise, it doesn’t matter the brand. It all tastes like rotten grains…except for Bud Light, which tastes like compressed air.

If you’re fancy and you think you’re better than me, order bourbon or scotch or gin with nothing else. You don’t need a whisky vodka cherry sour or some kind of gin and 7-Up swill with a splash of blueberry juice. When I was in Vegas I realized that I loved gin and tonics, three hours later I realized that what I really loved was just gin. The tonic was filler. Kick that filler nonsense to the curb and only drink what you’re actually paying for.

And show off those super hairy arms while you’re at it!

We’re about to get real here. I’m not going to tell you how to please your lady. I hope you know how better than I do. But I will tell you, 100% of all the women will agree with me, if you’re not going down on her, you are doing it wrong. Unless it’s a quicky on the couch while you’re binge watching The Crown, you have no reason not to perform this vital, relationship saving act.

And don’t think of me as just some champion of women. I am, of course, but you benefit, too. If you can get her off in the first five minutes, the rest of the time is all about you. And by “rest of the time” I mean all two or three minutes after. Rarely can a guy satisfy a woman by clumsily grinding against her. She either can’t breath with you on top of her, or while wiggling back and forth on top of you she’s realized that she’s carried two children and she’s getting older and gravity sucks, and now her knees hurt.

Make her feel special. She is special right? So give her some special lovin’. And if you don’t know how to do it right, look it up. This is the Internet. Trust me, you can find anything whether you want to or not. So I’m not going to tell you here. This is a family website. Is this a family website?

That’s all for now. It’s not too much, is it? Never be satisfied with who you are. That’s un-MANLY. Work towards something better. Every one of us should strive for improvement. Sometimes we don’t know we need improvement until an anonymous writer who has zero knowledge of your situation butts in and tells you what’s wrong. And for that, you’re welcome.