Last weekend my boyfriend tip-toed into my office. I was on a triple book deadline. One needed to be formatted, another needed to be revised and the third…oh the third needed huge rewrites. I was stressed and dreading a weekend with both my boyfriend and step-son underfoot. I love them, but some days I swear they can’t breathe without informing me that air smells good.

This Friday though my lovely, amazing, wonderful boyfriend came in to tell me…he and the child-thing were going away for three days to see a cousin for his birthday. Home alone. I would have some time home alone. 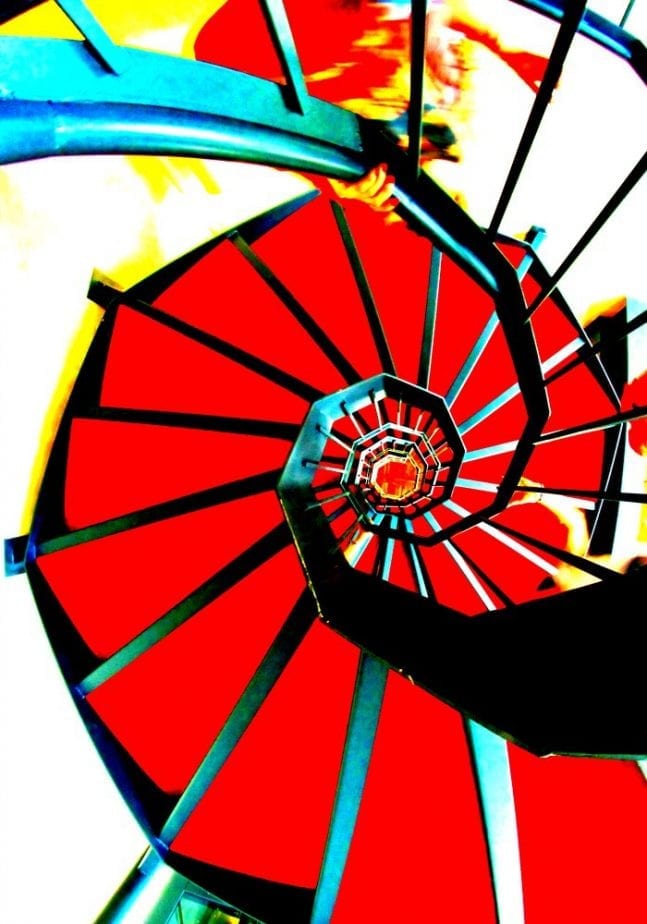 About When I Was Home Alone And Googled My Vertigo Symptoms…

OhThankGod. I could have wept for joy. I didn’t have time though, you see, I had a book to rewrite. (Kill me now…)

I powered through the packing, barely paused to kiss the boys goodbye and kept my hands on the keyboard. A good fourteen hours after I settled in to work for the day I finally stood up, my brain cells mushy and aching.

And I immediately sat back down.

The room was spinning. My stomach was doing a strange flip-flopping thing that did not feel good.

I sat there for a bit and wondered when the last time I ate was. Couldn’t remember. So I figured…I must just be really hungry and need to relax for a bit.

The twenty or so steps from my office, to the kitchen, and to the living room were…a battle. The house felt like it was doing barrel rolls, my cat Rand had to walk between my legs, and I fell at least once.

This was very strange, but I was determined that food and sitting there doing nothing would help.

Three hours later, not so much.

So I began Googling my symptoms.

Never do this when you are home alone experiencing something that might be very not good.

The best case scenario appeared to be that I would momentarily go blind, vomit uncontrollably and pass into a coma. The worst case scenario was death. I decided both were ridiculous. I was just dizzy.

It’s now around midnight, so I do the responsible thing and message three friends who live in close proximity to me, warn the boyfriend I’m not feeling so hot and went to bed.

Lying in bed, in the dark, was perhaps some of the worst of the whole experience, but since I was not losing my vision, nothing was blurry and I had not vomited, I figured I was okay. Sleep would fix everything!

But sleep did not fix anything.

Saturday I woke up a tiny bit better than Friday.

First thing that morning I tripped over the cat and headbutted the floor, so I figured out pretty fast that I needed to have a system for getting around the house. I lined the dining room chairs up from the bedroom to the hall so I could sit if I needed to. I still trip-and-sat-down over the cat a few times, but at least half of those I wound up in a chair instead of on the floor.

By mid-morning I was starting to wonder if I shouldn’t…I don’t know…see someone?

I was in luck and had two nurses on my Facebook that had time to talk to me. One even video chatted me, asked me dozens of questions and said that the only thing to do was see my regular doctor. A visit to the ER wouldn’t do anything but set me back a couple hundred dollars. Her guess was that I had positional vertigo. So long as I sat in one spot and looked at one thing–I was fine.

Which meant…I was good to go for the next twelve hours working on my book!

I put this whole sitting in one place thing to the test for the next few hours and proved the human knowledge better than Google. So long as I remained stationary I was okay. When I got up, either gravity or my cat conspired to put my butt on the floor.

At one point during the afternoon I left my office, tripped on the cat, fell onto a chair and rolled to the floor. I lay there on the tile, staring up at our popcorn ceiling and seriously reconsidered my symptoms.

I was dying, right?

This had to be what dying in a slow, painful and humiliating manner would be like.

My cat licked my face and stuck his butt up to my nose, and somehow I found the strength of mind to get up.

By the time my boyfriend got home Sunday I’d created a line of “safety chairs” that were all an arm’s length apart that could get me from the office, to the bathroom and into the bedroom. The house was a mess, but hey, at least I didn’t die, right? Thanks a lot, Google.