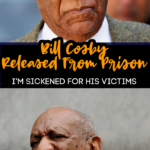 Bill Cosby is being released from prison after serving only 2 years of a 10 year sentence and I’m a bit shocked!

I can’t believe she posted that, gross.

Apparently the Pennsylvania Supreme Court just ruled and it seems there are 2 reasons why the conviction could not stand.

They say that Bill Cosby never should have been prosecuted because he had made an agreement with the former D.A. on the case.

The former D.A. Bruce Castor had already cut a deal with Bill Cosby that specified that if he testified in a civil deposition he would not face any trial criminally.

During that deposition, he made incriminating statements about how he drugged women, and that was presented at trial.

This means that the deal was broken by the prosecutors and the Supreme Court ruled the deal broken.

The second reason is that the judge had allowed prosecutors to call on 5 other accusers during the trial.

The Pennsylvania Supreme Court ruled that is was “unduly prejudicial” to allow the 5 other accusers to testify.

I don’t quite understand this, because this showed that he had a history of drugging women before sexually assaulting them!

Andrew Wyatt is the lawyer for Bill Cosby and he says that this should serve as a wake-up call to anyone in a similar situation as Cosby with having deals with law enforcement officials.

I’m sitting here in a state of confusion.

The conviction and his sentence have been vacated by the judge and now Bill Cosby will be free amongst society again.

I’m disgusted, not only is a free man now, but he can not be retried for the crimes he committed.

Bill Cosby will be free and I seriously feel for his victims, I am just so sad for these women. 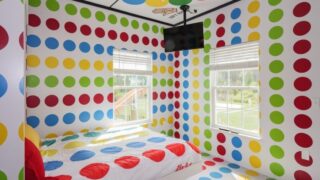 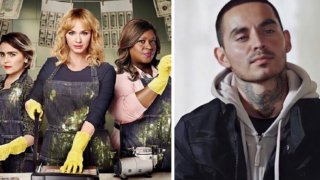 Next
NBC Has Cancelled 'Good Girls' And I'm Going To Miss Manny Montana The Most
Click here to cancel reply.