Once in a while, when I’m surfing the internet or checking my feed on Facebook, I see an article about some fat woman wearing a bikini and touting body positivity to the masses, spreading her gospel to the BBWs of the world to love themselves and wear what they want, when they want to.

Well, I’m here to give the world a nice little wake-up call by sharing why this stuff is a bunch of crap and needs to stop now. 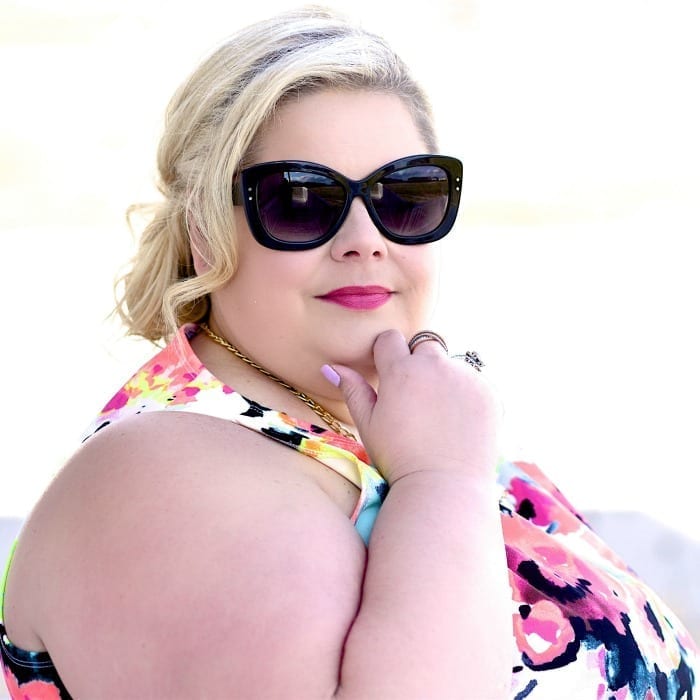 IT TEACHES ALL WOMEN TO LOVE THEIR BODIES – NO MATTER WHAT

Who in God’s name wants women to love themselves? And to love the body that they were given? What good could ever come from a woman having confidence in herself and having self-acceptance of all of her (to paraphrase John Legend) curves and all of her edges, all of her perfect imperfections? A woman only strives for a better life when she’s browbeaten by society into thinking she’s ugly, get it? If we tell all of these ladies that they’re beautiful even though they don’t look like Gwyneth Paltrow, what then? MADNESS, I TELL YOU!! 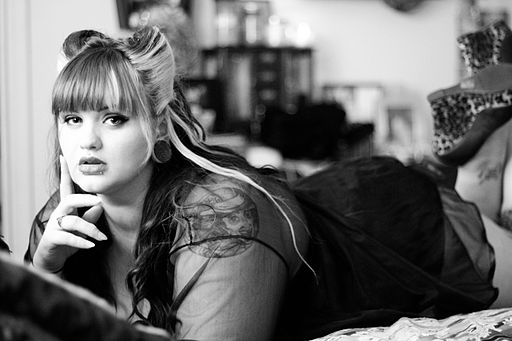 Whatever will happen to the world if we accept this as beautiful?

IT TEACHES WOMEN THAT THEY ARE MORE THAN JUST THEIR LOOKS

When a woman has value in herself, that opens up a whole ‘nother can of worms. Remember the 60s? Bra burning, women demanding to be treated as equals, wanting to go to college and have careers? THE WORLD ALMOST STOPPED SPINNING. Women have their place in society, and it’s as a mother, a wife, and a cook. There’s no room in there for anything else. And why would a woman even want to be anything else? Her skills start at diapering and end at the Sunday roast — becoming a neurosurgeon or a Supreme Court justice is really just beyond her intelligence and her capabilities. Nope, I think that to tell a woman to exercise, to watch what she eats, and to let the man do the talking is the best way to get a husband – because that’s all a man wants in a gal, anyways. To have a man love a woman for her mind and body, no matter what size she is? It’s just unnatural.

Hollywood will tell you: sometimes, unrealistic expectations can be a good thing, because if you can realize them, you’re better than everyone else. If you can’t fit the designer’s clothes, you don’t deserve to walk the runway. And that’s really just a microcosm of life. Learning these lessons young, through TV, magazines, Disney, etc., is a good precursor to how adult life is going to be, and if you can’t handle the heat, get out of the kitchen. It’s easier to change yourself than to change the world, ladies. Anyone who’s ever tried to change the world “for the better” has really just made things worse, especially for themselves. Gandhi working to end the caste system in India? Bad idea – did those folks really need to better themselves? Joan of Arc raising her banner at Orléans? Girl got herself burned at the stake! Sure, these folks are touted as “heroes,” but so what? They’d have had better (and longer) lives if they’d just stayed quiet and gone with the flow like everyone else. 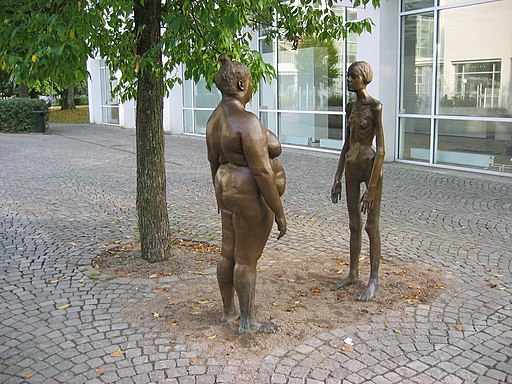 You’re supposed to be able to count your ribs.

IT MAKES FAT WOMEN FEEL LIKE THEY HAVE A SAY

One time, I made a terrible mistake and started debating on Facebook with a guy about the shooting at the Orlando night club. The guy told me, “You should really be nicer to people. You’re already ugly as f*** and with a bad personality, you’ll never get laid.” And you know what? He was right! I immediately stopped arguing with people about subjects I care about deeply, and my life has just gotten so much better. No more conflict, no more problems, and no more insults to me. I really need to thank that guy for going above and beyond his call of duty and putting me in my place. You see, we shouldn’t speak up! Our value is directly linked to our bangability, and when we’re fat, we’re completely unbangable. It’s really a fluke that I married a handsome guy and get some incredible lovin’ on the regular. But don’t listen to my story. I’m not the ruler with which you should measure yourself, girls, and I wouldn’t be surprised if my husband left me for a much slimmer, prettier girl in the future, because he deserves so much more than I could ever offer him.

If there’s one thing I hate, it’s when I’m going into a store and someone holds the door for me. I remember when I was about 50 pounds heavier, no one ever held the door for me or really even looked at me. I really liked it better that way, because I don’t like it when I’m treated like I’m above my place in society. When I was eighteen, I got a job at a coffee shop, and my manager had to slowly teach me how to make eye contact with customers. Now that was hard. My whole life I’d been told I was less than nothing, and here was somebody trying to get me to act like I was someone’s equal? It took me about six months, and it was such a relief every day when I got off work and could crawl into my invisible Fatness Hideyhole. I like it there. And many other fat women do, too! We need to think about the feelings and preferences of other fat women, too, when this whole #effyourbeautystandards movement starts swinging into effect. Sometimes people like their place in society and don’t want any feathers ruffled, and it’s really selfish not to think of their wants and needs as you’re busting out into the world in a crop-top and shorts because you think they look good on you. 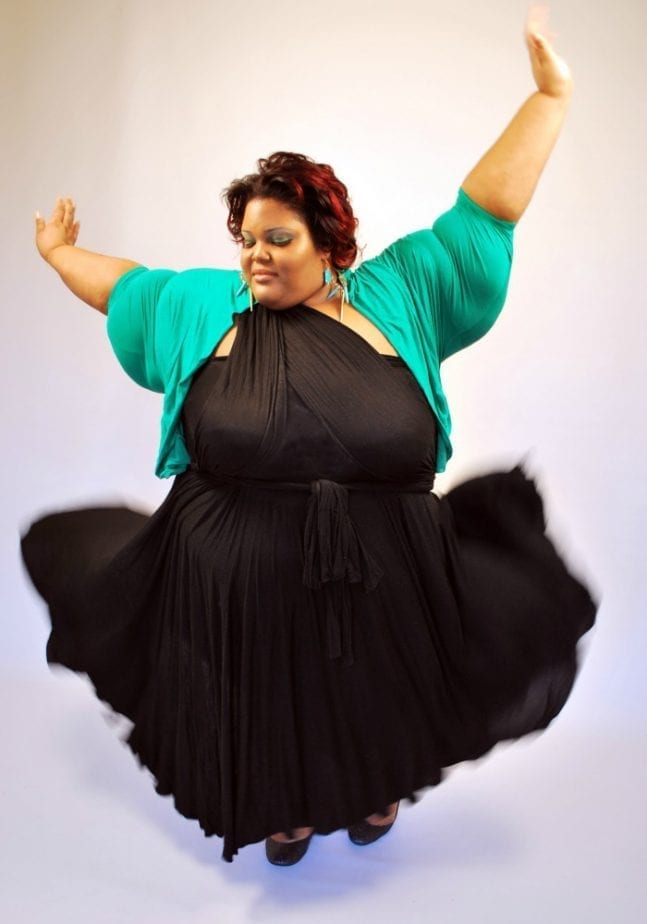 IT HELPS OTHER CAUSES BREAK DOWN WALLS

Racial equality, gender equality, marriage equality, and now body equality? These movements are doing just fine on their own and don’t need any help from the likes of us, so cool down! People have been working for racial equality since before 1865, and I gotta say, it’s making real progress, and without your help! Combining forces to stop these issues once and for all? I don’t know about that. I really feel that, if you’ve got to make waves, try for a slow integration of new ideas so they’re really just small ripples in the pond, and not like the wake after a speedboat. The white cisgendered male society is already upset that they only have some of the world’s power instead of all of it, and we don’t want to make them any more upset by piling on another thing they need to learn how to deal with. 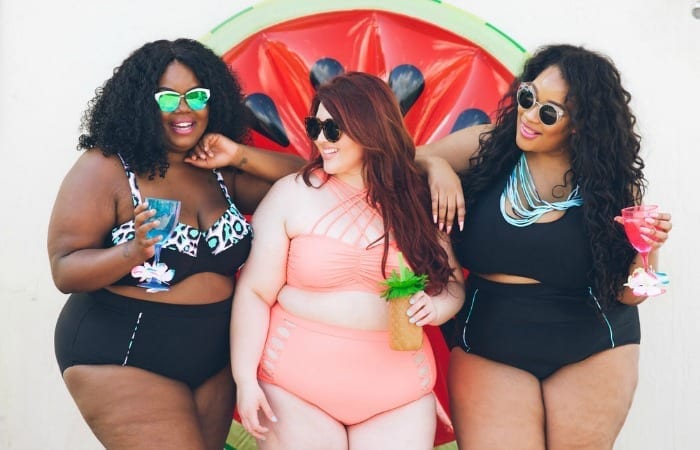 So settle down! Be happy with being the YOU that society wants you to be. Silent, unopinionated, unobtrusive, well-covered, and invisible. Trust me, it’ll make your own life a lot easier, because NO ONE likes a woman that believes in herself.

I think women of all sizes are beautiful. Especially fat girls in bikinis!

I love this so much! Women of all sizes and shapes should be CELEBRATED!

I completely agree! These women are gorgeous!

I love big girls. They are so pretty! I am so glad they are getting some love here!

people genuinely can't tell this is satire??? Also i frickin love this!! I've read about 6 articles on this site (idk if those were by Sara) but as a 15 year old girl, i love the body positivity, everyone is always set in a mindset to look a certain way its its such a burden to the rest of your life, skinny girls want to be heavier, or are terrified of gaining weight, heavy girls want to lose weight, average girls want to be more toned. Why does everything in a teenage girls life revolve around body? no one is comfortable with how they look and it runs there lives, if i try to invite my friends out for lunch, some will say no because of diets, some will eat barley anything, for fear of others judging them, some will force them selves to eat lots for fear of others judging them. Its so dumb to me, like have you ever looked at someone and judged them for how much/little they're eating? I haven't, and most people would say the same, so why does it matter in the slightest?